Egg Rock is a tiny island in Frenchman Bay that is known for its unique lighthouse and the seabird’s nesting on its shores. It was also known for a time as Gull Island, with both names originating from the seabirds there and the eggs gathered by early settlers off its rocky ledges. 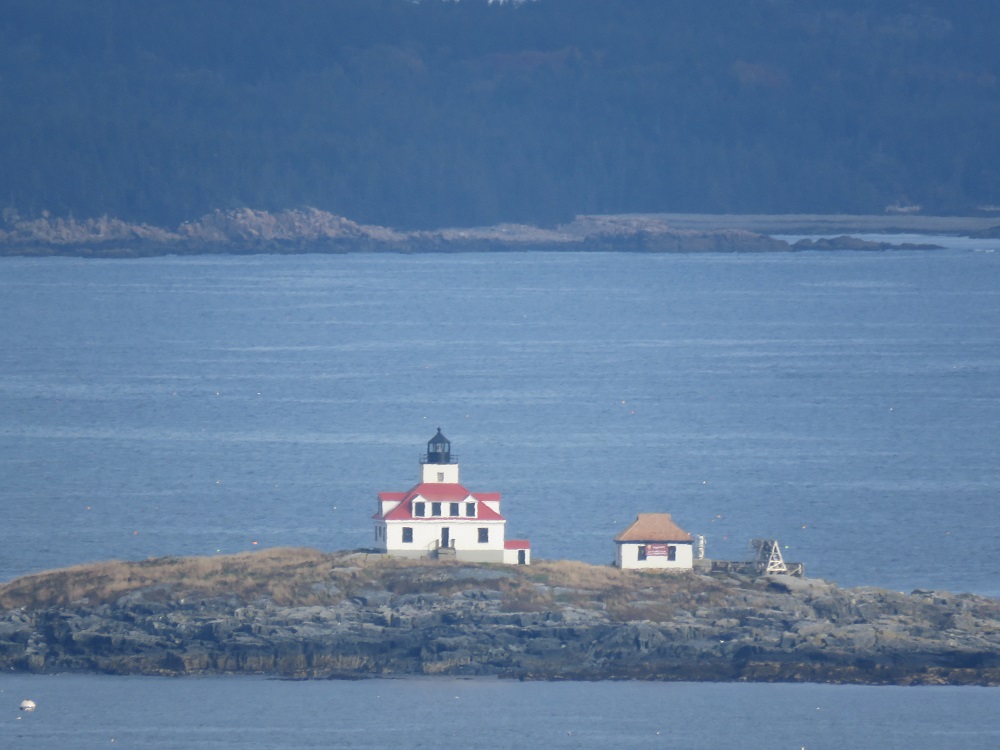 The Egg Rock Lighthouse was built in 1875 and remains active, managed by the U.S. Fish and Wildlife Service. It is part of the Maine Coastal Islands National Wildlife Refuge.

The 40 foot lighthouse is unique on the coast of Maine because it is a square tower through the square lightkeeper’s house.

The lighthouse marks the entrance to Frenchman Bay. If you wish to see the Egg Rock Light, there is an overlook that can be reached via a spur road just prior to the park’s entrance station. It can also be viewed on boat tours of the area as well as with binoculars from the top of Cadillac Mountain.