El Capitan in Guadalupe Mountains National Park is one of the 10 highest peaks in Texas. It tops out at 8,085 feet and is over 3000 feet from the valley floor from which it rises dramatically. It is probably the most photographed geological feature in the area. 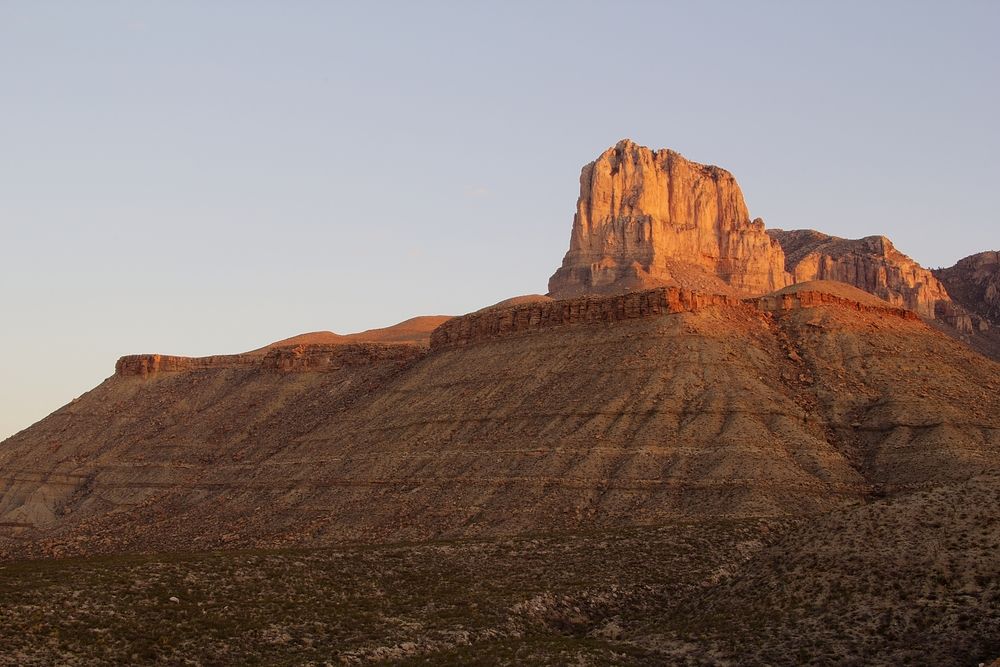 The Guadalupe Mountains are an exposed portion of the Capitan Reef, one of the most well-preserved fossil reefs in the world. It formed during the middle part of the Permian Period. Movement on the tectonic faults over 20 million years exposed a buried portion of the reef to be worn away by wind and rain to form the Guadalupe Mountains. El Capitan and its dramatic thousand foot high cliff is composed of the Capitan limestone.

There is no trail to the summit. To reach the summit, it requires strenuous off-trail bushwacking. Most people start out on the Guadalupe Peak trail before going off-trail and following a ridge to the bowl. On the final ascent, the western ridge/cliff is considered the easiest going route. It is not something to attempt in bad weather. There is a metal summit box at the top of the names of the individuals who have made the journey.