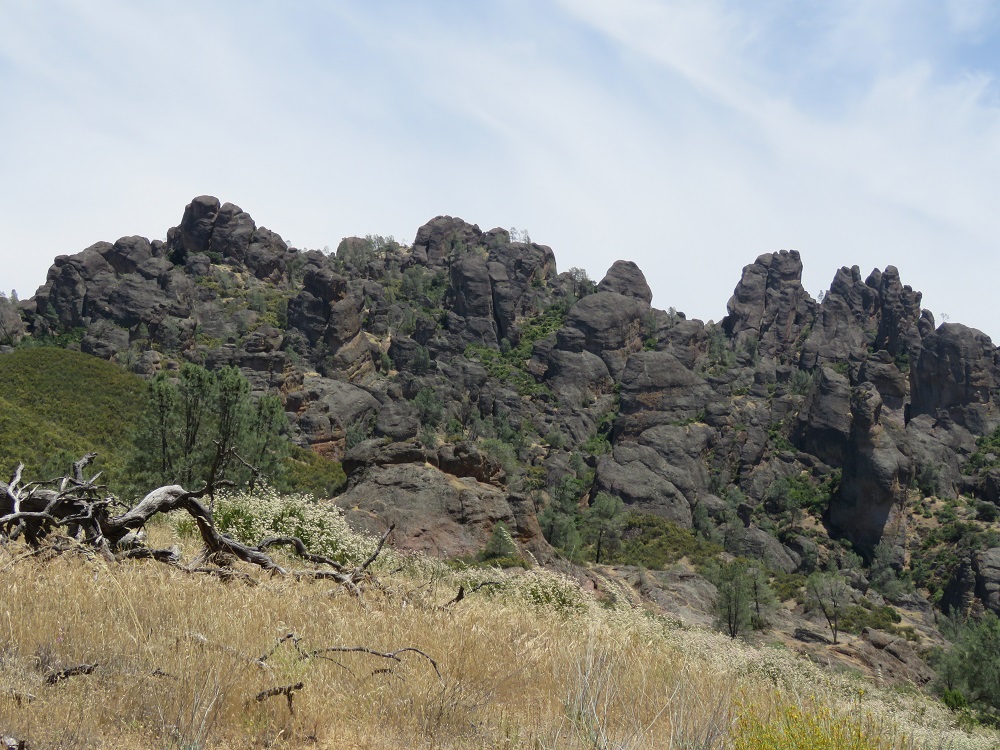 We visited the West Entrance of Pinnacles National Park on Day 7 of our honeymoon for an hour – and it was action packed!

Pinnacles may receive the award for the National Park over which we have argued the most. There are two sections of the park and there is not a direct route to drive between them. We were traveling between Sequoia National Park and Monterey, California so we had to decide whether we were going to do the East or West Entrance. We did not have time to do both as we were meeting family in Monterey. The online reports indicated that the East section was more developed (visitor center, campground and nature center) and we were concerned that Pinnacles West would not have a stamp for our passport (since it only has a contact station).

After a bit of debate, we ultimately called and posed the question to the Park employee, who was very helpful. After the call, we ended up going to the West Entrance. We were assured that the visitor center was going to be open on the day we were there and that they would also have the passport stamps for the park. We also found out that Pinnacles West was the preferred location to drive in and see the Pinnacles Volcanic Formation. 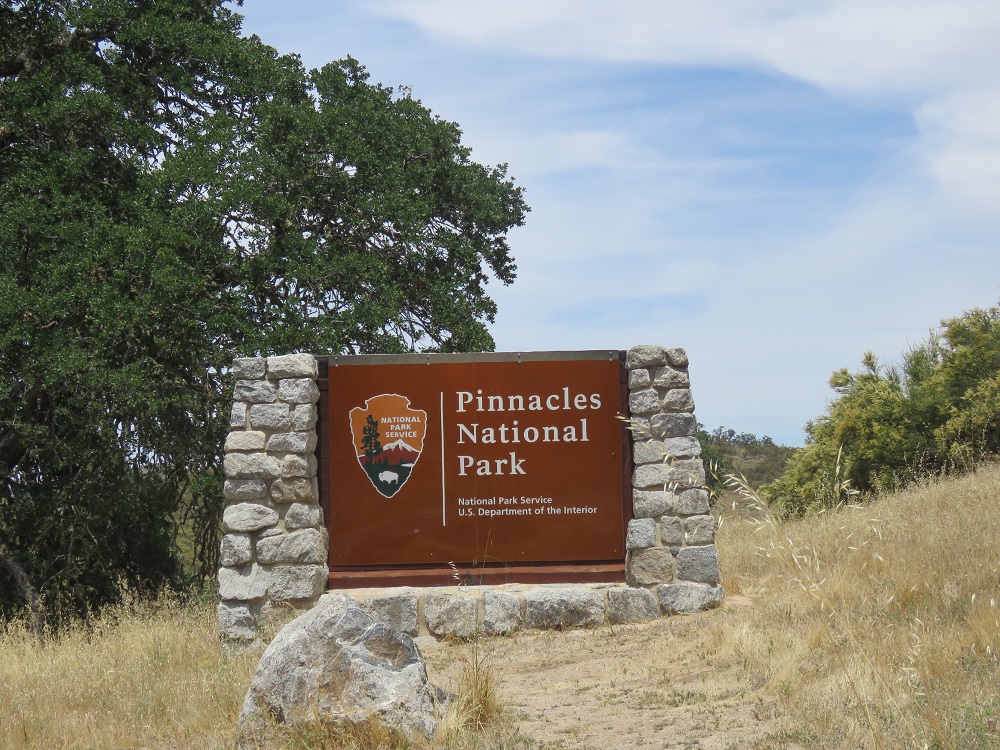 So, obviously, the Visitor Contact Station was our first stop – where we got our passport stamp. 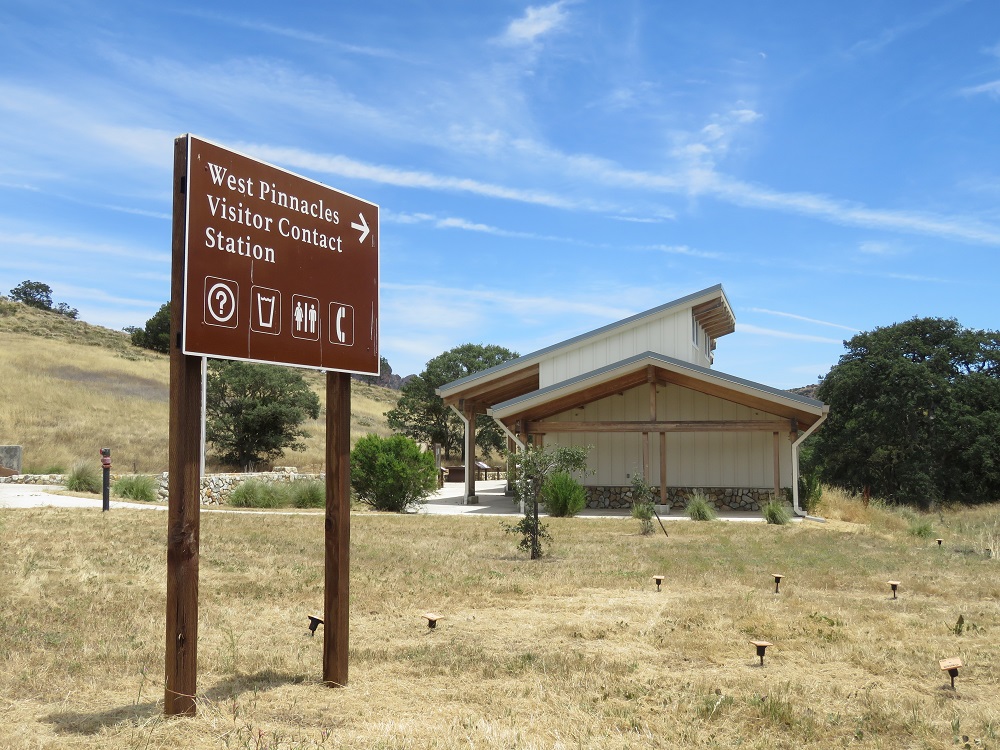 Our secondary reason to visit the park (beyond seeing the Pinnacles) was to try and see a California Condor. It is one of the world’s rarest bird species with under 500 living in the wild or in captivity in the world. About two dozen of them are in and around Pinnacles.

Viewing one proved harder than we imagined as it was tough to tell the difference between the turkey vultures and the California Condors in flight. We eventually ended up confirming that we indeed saw a condor at home after examining the photos taken with our telephoto zoom lens. We took a picture of the profiles at the contact station in order to help us identify them. Here is the photo of the condor: 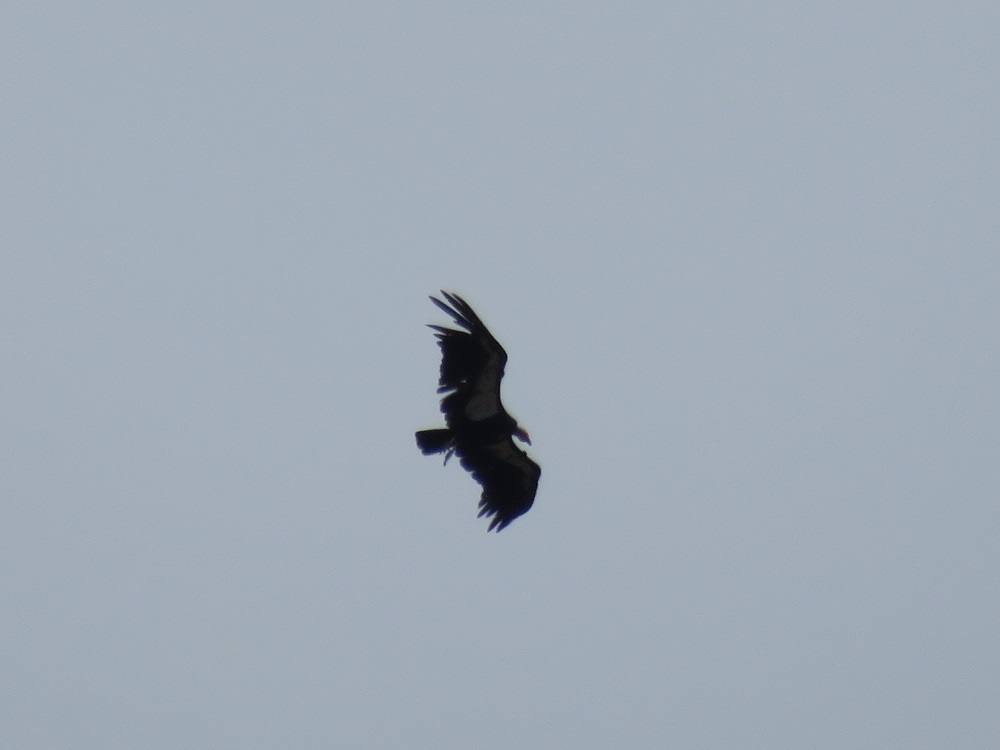 Here is a photo of the chart that was at the contact station which helped to identify that the bird was a California condor and not a turkey vulture: 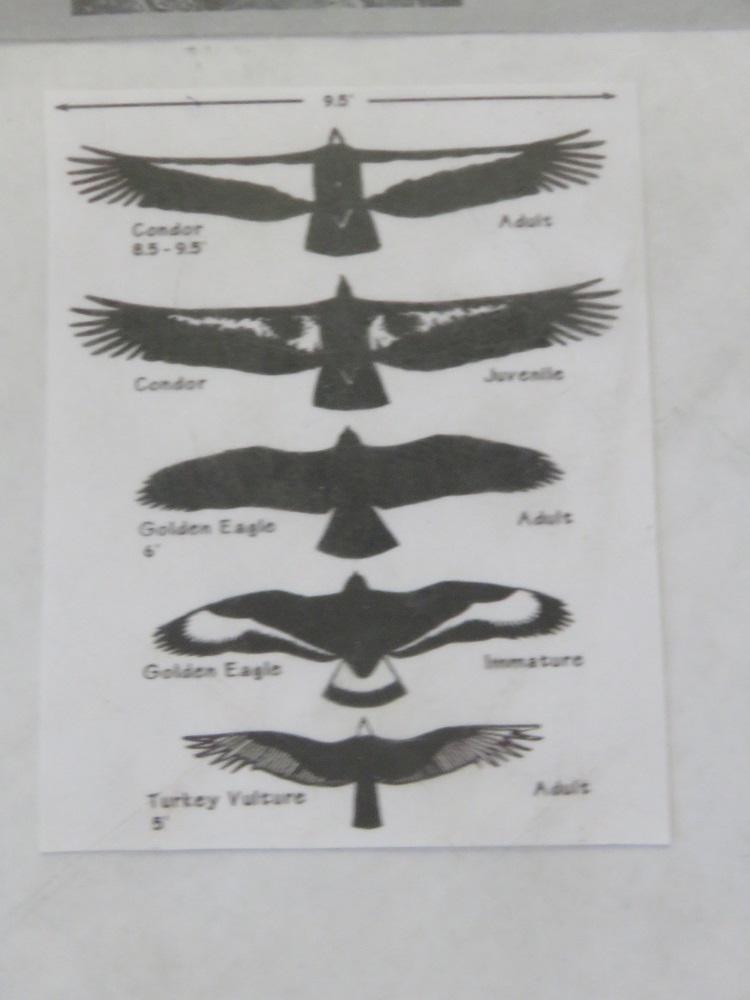 In addition to our constant quest to confirm a condor while in the park, we saw a number of other birds even though we were only there for a very short time. We definitely should have planned to spend more time here!

After stopping at the contact station, we headed to the end of the road which contains a parking area at the Chaparral Trailhead. The trailhead parking has a picnic area and provides a view of Resurrection Wall, High Peaks and Machete Ridge. Even if you do not have much time, we would highly recommend that you take a quick trip from the parking lot out to Juniper Canyon Trail. This was where we saw the condors!

We were only there for an hour but there was so much to see near the trailhead. We were not on the trail for five minutes before we saw a bird of prey speed past. We couldn’t get a picture though. If we were lucky, it was probably a prairie falcon or a peregine falcon. Both nest in the cliffs of the park.

We also saw a goldfinch. It’s not particularly clear to us whether it was a Lesser Goldfinch or an American Goldfinch, but we got a few photos so maybe one day we can actually identify it.

We were then mystified by the hummingbirds and bees in one of the trees. It was the neatest old tree. We spent a while watching them fly back and forth, and enjoying the beautiful, sunny day. We never got a photo of the hummingbirds, but did manage to take a picture of the tree and the bees (tree only below): 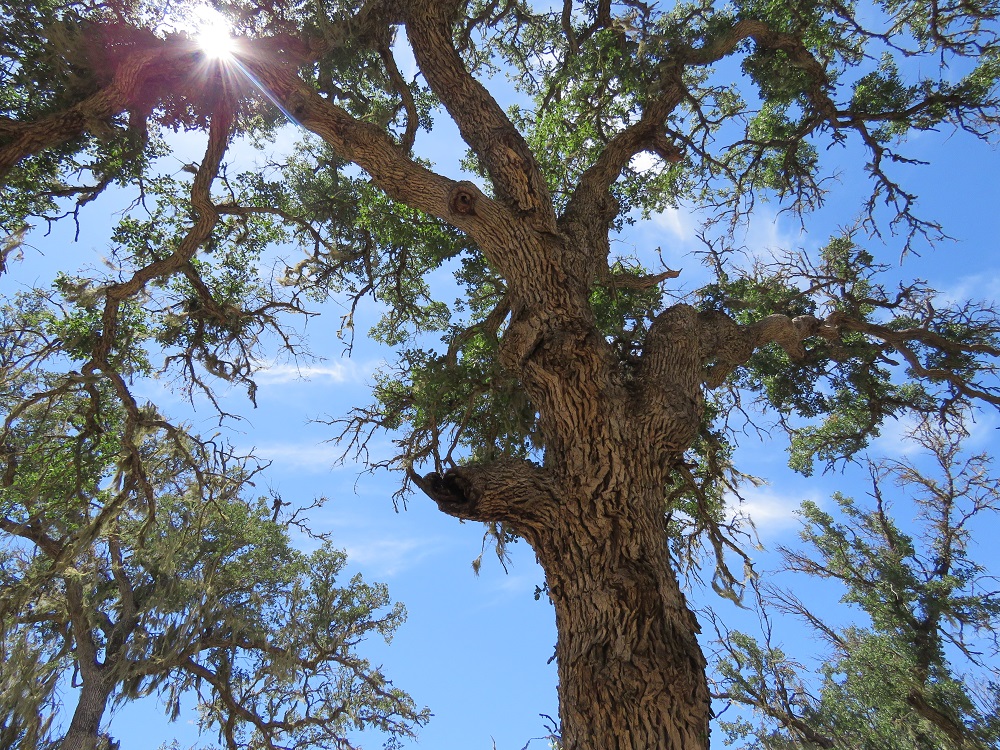 We later saw a California Scrub Jay right off the trail in a tree. It was much easier to find then the Florida Scrub Jay in Canaveral National Seashore, which involved a one hour hike through a mosquito infested marsh area and the birds were so far away that we could only identify one as our target later when zoomed in on the computer). This Scrub Jay was so close we barely needed the telephoto lens at all. 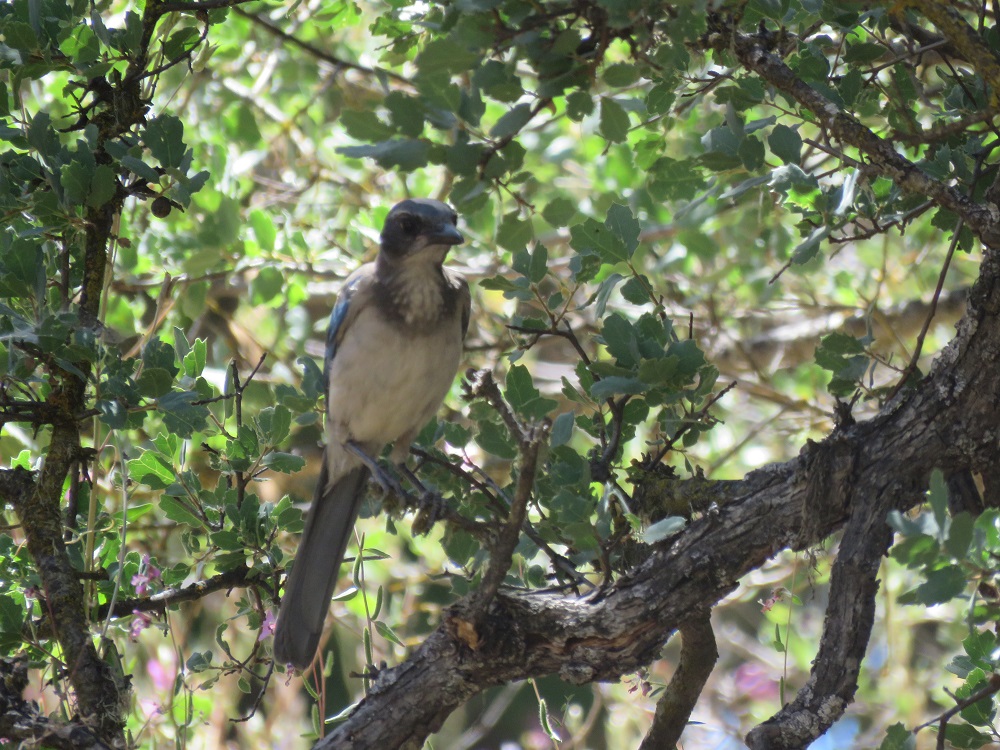 Pinnacles National Park now holds the honor for the national park that we have spent the least time exploring from among those that we have visited. Do not worry though – we plan to go back! We still need to do the east entrance as well as hike to the top of the Pinnacles.

As you can see from our photos, it was absolutely beautiful in mid-June: 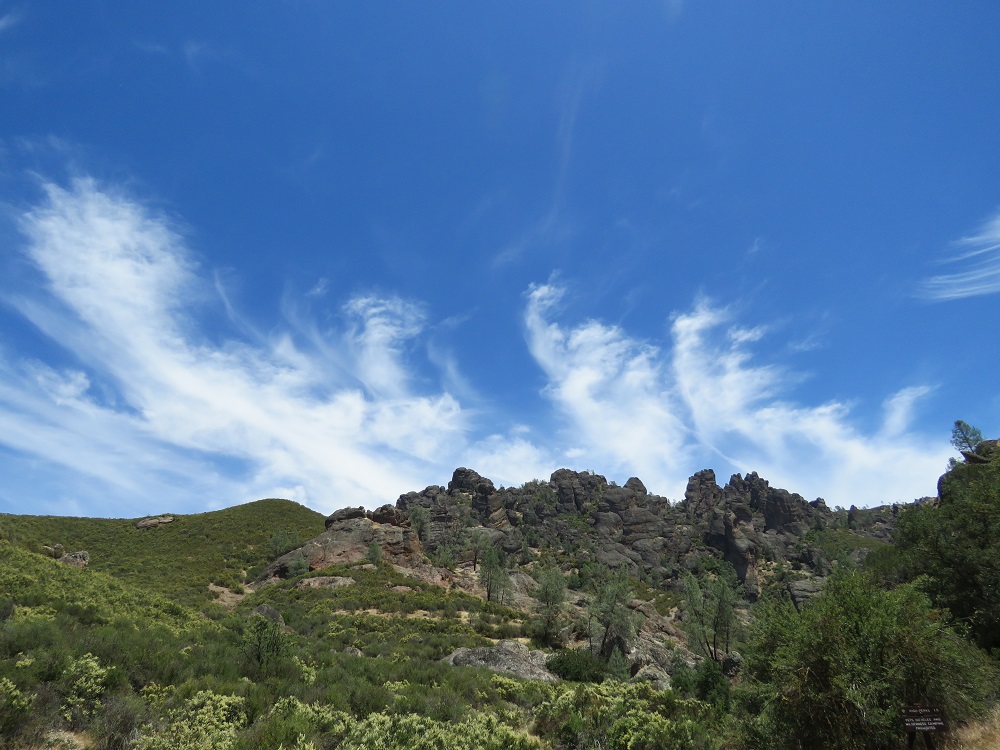 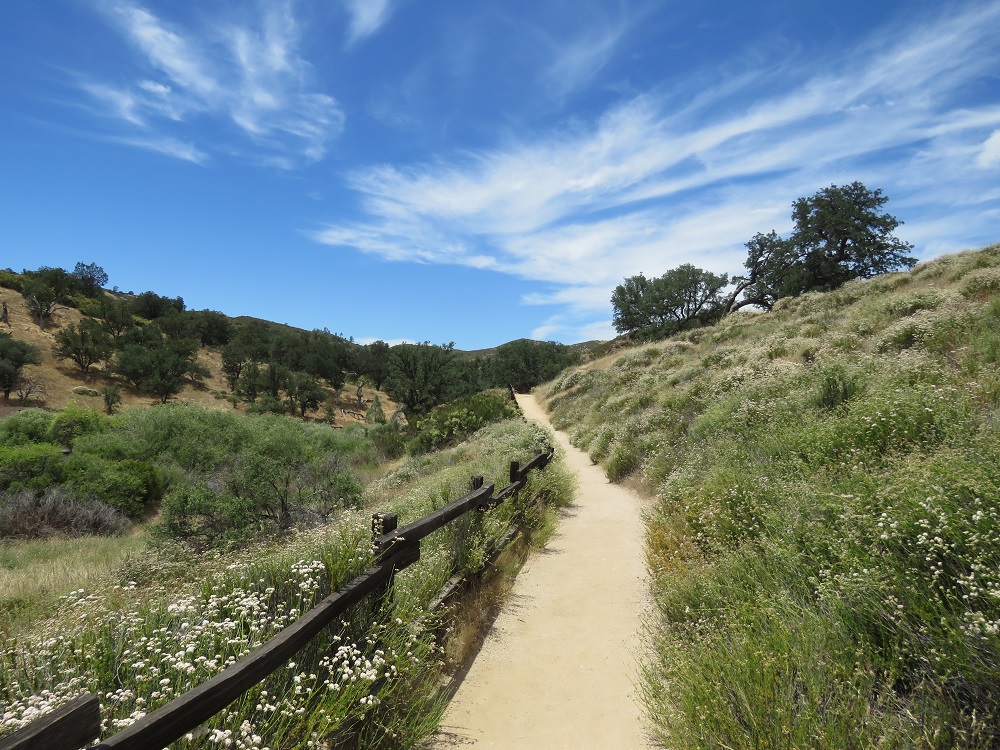 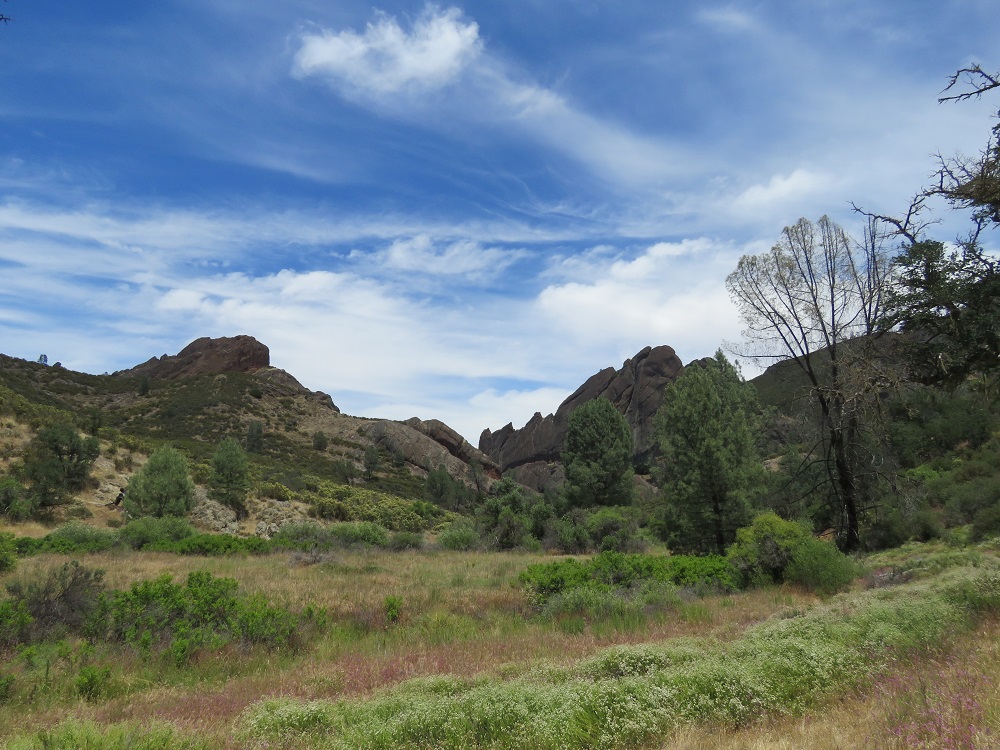 We also saw plenty of pretty wildflowers on the drive in and while hiking around. Jayne took lots of pictures of them: 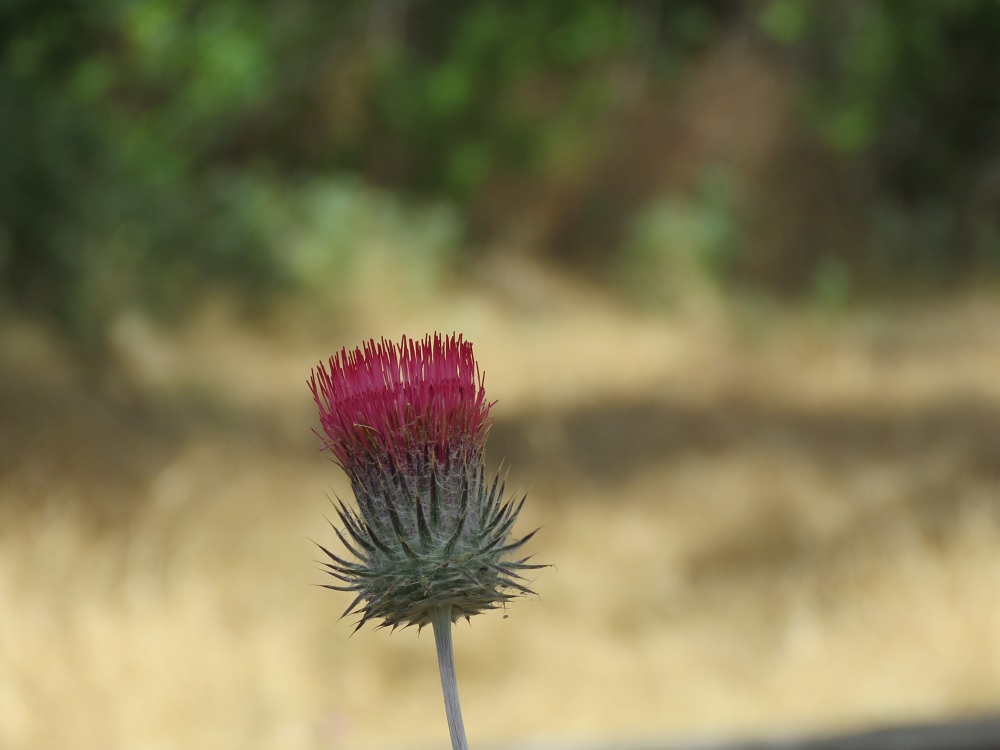 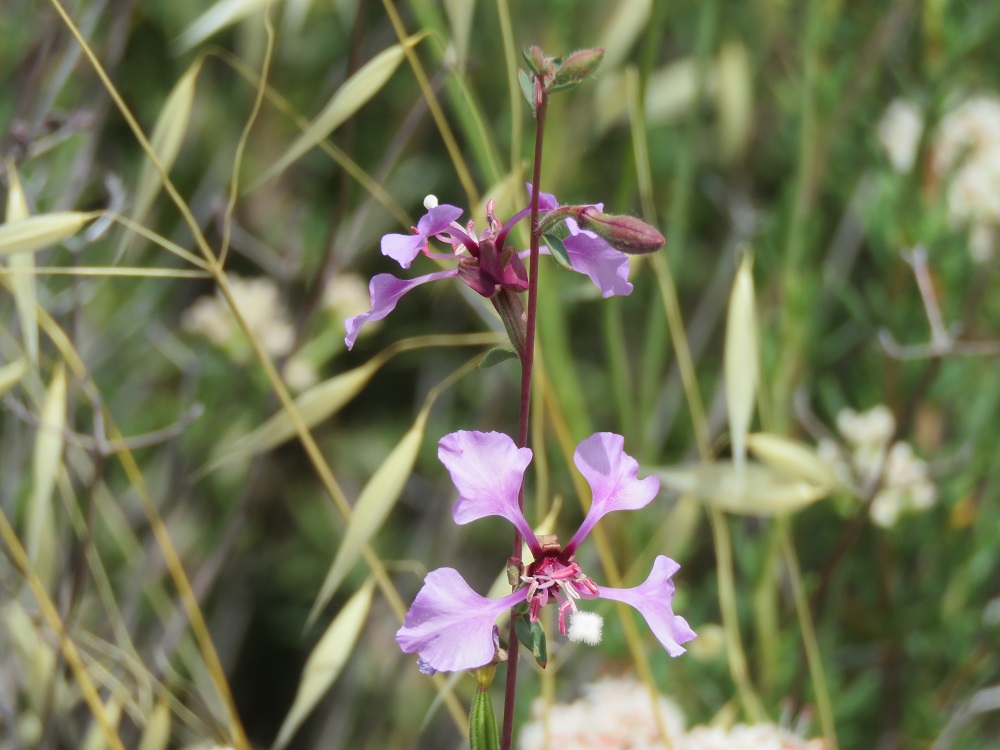 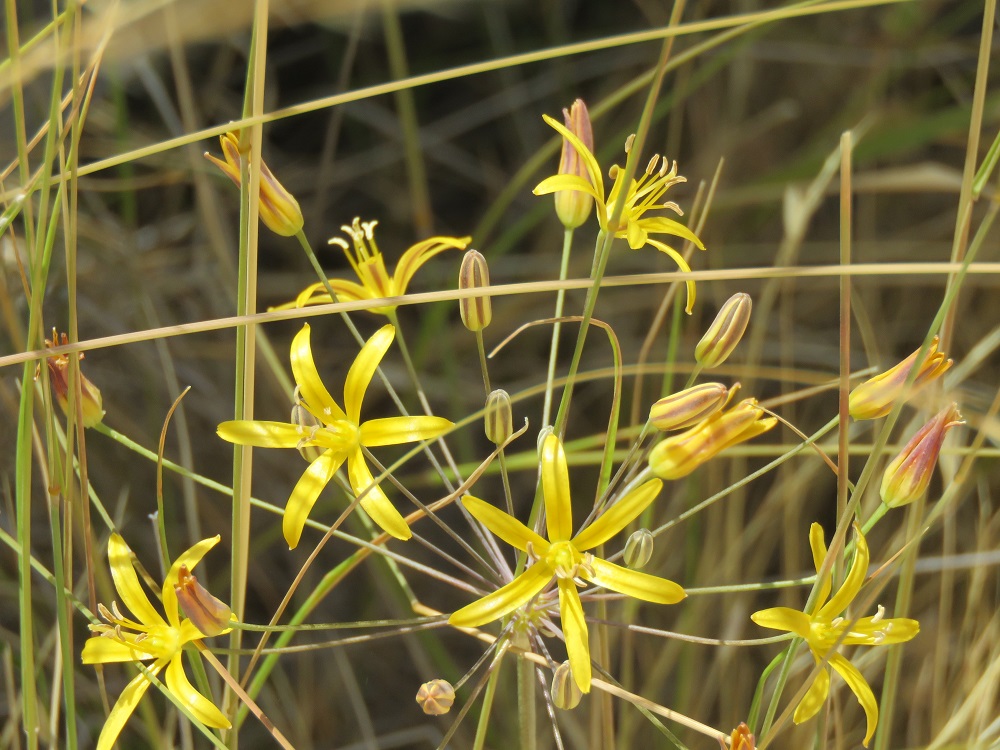 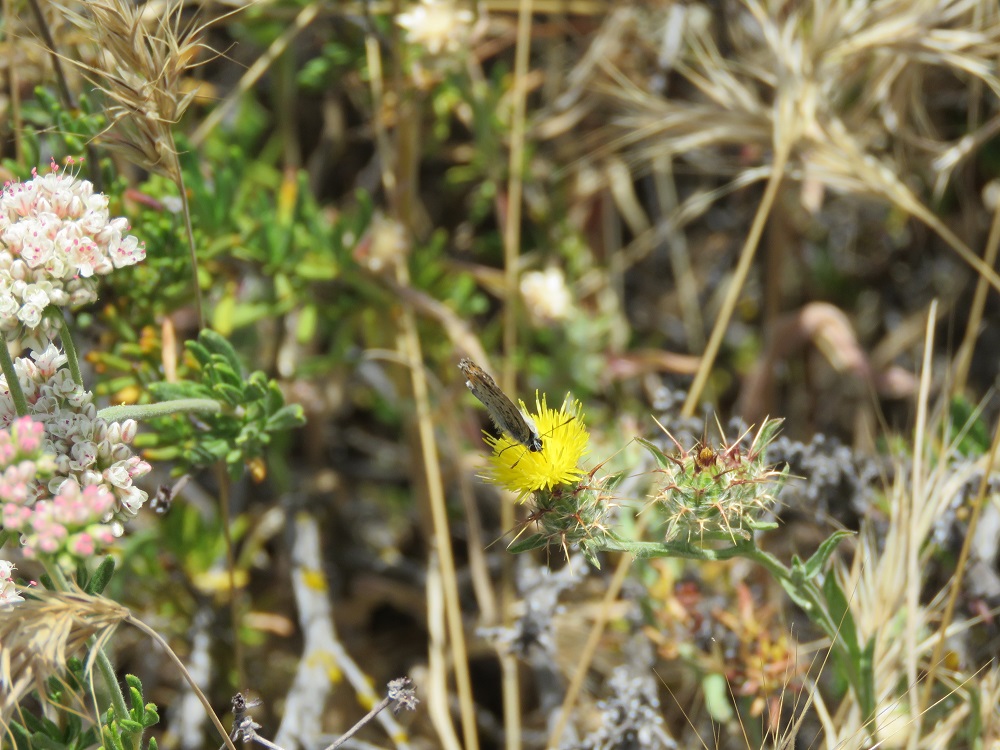 For those looking to visit:

The gateway city for the west entrance of Pinnacles is Soledad. Soledad has a population of 25,000 and contains both local restaurants and national fast food chains along Front Street for those looking for civilization outside of the park. To extend your time around Pinnacles, also consider the tasting room for the Chalone Vineyard which sits right outside the west entrance.

If you are looking for somewhere to stay in the area and are looking for a national hotel chain (which it doesn’t look like you will find in Soledad), try King City to the south of the park or Salinas to the north. Both cities are about thirty minutes from the park. King City portrays itself as “The entrance to West & East Pinnacles” and is about 40 minutes from the east entrance as well.

We were going from Sequoia National Park to spend the evening in Monterey Bay, so we did not spend much time exploring the area. Hopefully we will get a chance to do so when we go back!