Minuteman Missile in South Dakota preserves the last Minuteman II ICBM system in the United States. It was established in 1999 to remember the history and significance of the Cold War and the arms race. The park allows visitors to explore sites once restricted and considered top secret.

The park is composed of the visitor center, a Launch Control Facility and the Launch Facility. It is located along I-90 with sites at Exit 116, Exit 127 and Exit 131. The sites span a 16 mile stretch. The visitor center is located at the same exit as the exit for the Ben Reifel Visitor Center at Badlands National Park. 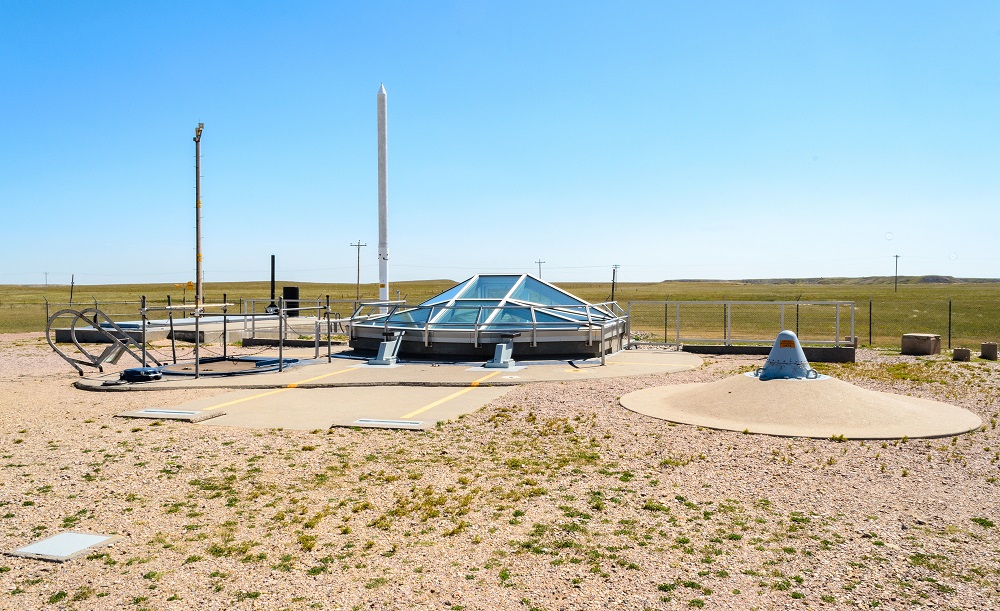 The Minuteman were an essential part of the United States nuclear deterrent against the Soviet Union. For thirty years, 1000 missiles were kept across Western South Dakota and hundreds remain. The missiles were removed from their silos and destroyed following the signing of the Strategic Arms Reduction Treaty (START) by US President George Bush and Soviet Union leader Mikhail Gorbachev.

The park offers tours of Delta-01, the launch control facility. There was a topside support building as well as an underground facility that controlled ten missiles. The elevator allows those on the ranger guided tour to descend 31 feet to see the electronic controls used. Advance reservations are required, and can be made online or by phone. Same day tour tickets may be available in the off-season, with tickets sold at the Eastern National store.The tour lasts 45 minutes and is limited to six participants. Visitors can walk up to the entrance gate, but may not enter without a tour reservation.

Visitors can tour this missile silo that was one of 150 missile silos across western South Dakota. The silo was constructed in 1963 and is 12 feet in diameter and 80 feet deep, now fitted with a glass roof for viewing. Tours are not conducted underground, but you can see the unarmed missile inside as well as antennas and motion sensors that served as support structures. Delta-09 was used for thirty years from the 1960s to the 1990s.