Hundreds of wolves can be found across the United States in national parks. They are one of the most desired species for viewing, with 40% of visitors to Alaska hoping to view a wild wolf during their trip. The two parks where people have historically gone to see wolves over the last decade are Yellowstone National Park and Denali National Park. However, they are one of the most elusive animals and are also most active at dawn and dusk, which mean that many people do not see them.

The gray wolf is an apex predator and a keystone species which was nearly eliminated from the lower 48 states prior to the enactment of U.S. Endangered Species Act in 1974. The reintroduction of wolves into Yellowstone National National Park has been credited with saving the park and holding together the delicate balance of predator and prey. 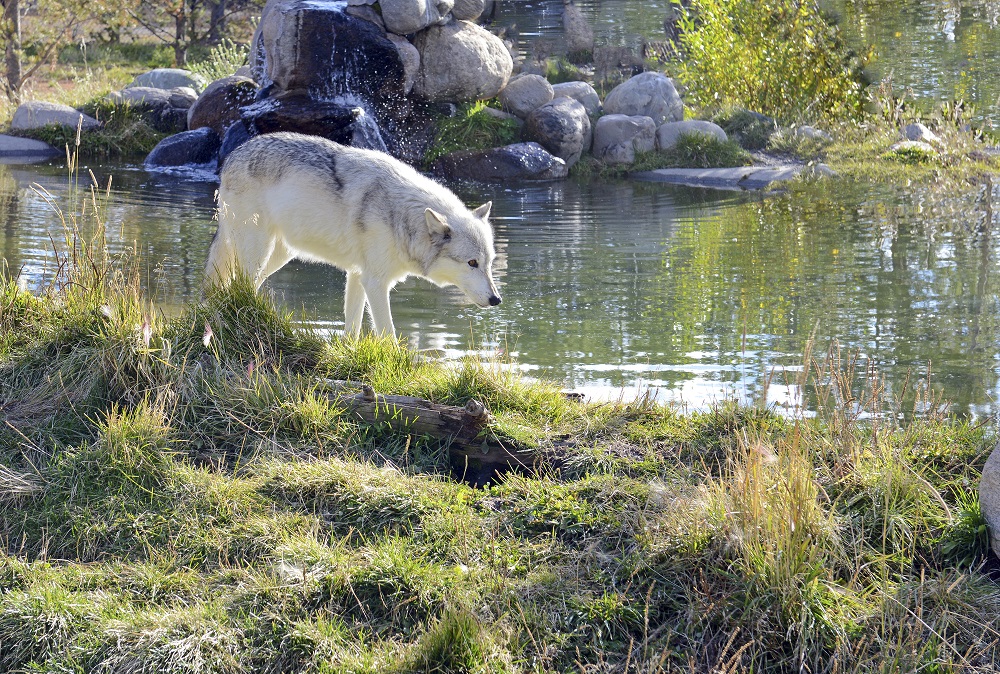 If you are looking to cross a wolf sighting off your life list, here are a few national parks where you may be able to do so:

There are over 500 wolves in the Greater Yellowstone ecosystem with at least 94 wolves in Yellowstone National Park. The Lamar Valley in the northern section is the premier place in the United States for wolf sightings. Hayden Valley is the most accessible spot to the southern part of the park to see Yellowstone wolves.

Wolf packs roamed the park in the late 1880s but had been hunted and eliminated from the park by the end of the 1920s. In January 1995, the first wolves were reintroduced to Yellwoston from Jasper National Park in Canada.

After wolves were reintroduced into Yellowstone national park in 1995 and 1996, a breeding pair returned to Grand Teton in 1998 for the first time in over fifty years. There are now about 50 to 60 wolves in 5 or 6 packs roaming the area. They are most frequently seen at dawn and dusk in Willow Flats.

There are approximately 75 wolves in Denali National Park. The population has been in decline since the State of Alaska Board of Game decided to allow hunting and trapping of wolves in all areas bordering the park. There are 10 packs roaming the park. However, they are being seen less frequently than previously because in 2019 only the Riley Creek pack was consistently spending time in the road corridor.

There are a number of other national parks where gray wolves are found but you are less likely to encounter them. You may hear them though if you are in the right area at the right time. Be sure to keep your eyes on the lookout (and your ears open) when you are at these national parks as well:

The population of wolves in Voyageurs National Park varies between 30 to 50 gray wolves. The best time to see them is in the winter when they are hunting or along the shore of the lakes.

The gray wolf once ranged across much of the United States but they were largely exterminated in the lower 48 states by 1974. Their range was limited to a small section of Northern Minnesota which included Voyageurs National Park at that time, when they became protected by the U.S. Endangered Species Act. Wolves remain in the park to this day.

Glacier National Park has about 50 wolves, with about 25 wolves in the North Fork region of the park spread across four packs. They are rarely seen by humans.

Wolves crossed on an ice bridge from Canada across Lake Superior during the winter of 1948, and the population grew to balance the park’s moose population. However, the island population plummeted after the population of wolves suffered from a disease introduced by humans. From 2016 to 2018, there were only two wolves living in Isle Royale. NPS is working to release 20-30 wolves on the island over the next 3 to 5 years.

Wolves have been seen around the park units in the past and the Diobsud Pack is living in or near the park. In total, Washington state is estimated to be home to a total of at least 126 wolves in 27 packs.

We have been to three of the national parks on this list and we are still working on seeing our first wolf. We have managed to see a number of bears, but no wolves or moose yet! We are probably going to have to head to Baxter State Park in Maine to get our first moose and spend some time in Yellowstone’s Lamar Valley to make sure that we see a wolf.