Kantishna is a community of backcountry lodges deep in Denali National Park that is found at the last stop on the park road at mile 92. It is about five miles from Wonder Lake. 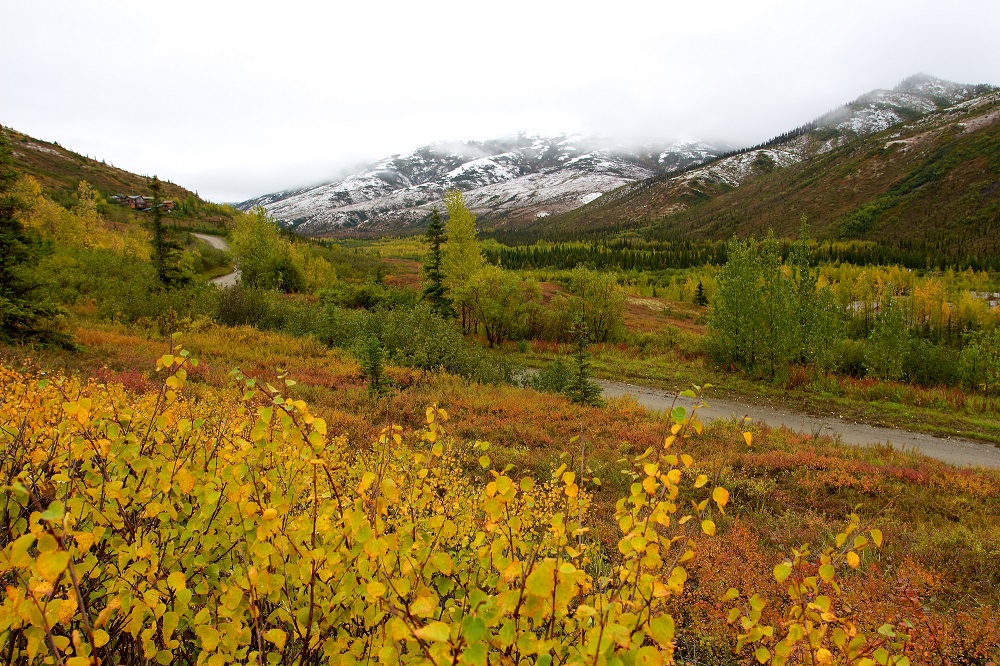 Here are the five Denali National Park lodges that are found in Kantishna:

This lodge was named one of the top ten adventure lodges around the world by National Geographic in 2017. It has 42 individual cabins with private baths and blackout curtains, as well as use of the two-story main lodge where there is a full service bar and meals are served. It includes guided hikes, complimentary WiFi in the main lodge, meals, souvenir gift shop and onsite spa and wellness center. Transportation on their guided wildlife & sightseeing bus tour is included to provide access to your stay in the backcountry. For an alternative, discuss adding on a flight into or out of Kantishna on a bush plane.

This historic lodge includes deluxe log cabin accommodations, meals, private bus transportation into the park, as well as a variety of daily activities, hiking, naturalist programs and the opportunity to view wildlife and the breathtaking scenery.

These are separate lodges one mile apart with identical offerings.

Camp Denali was founded in 1952 has 18 guest cabins with a picture window view of Denali for a true Alaskan adventure. The original log lodge built in 1954 is next to Nugget Pond with a dining room, as well as modern shower and bathroom facility.

North Face Lodge is a north country inn with modern guest rooms and a common veranda 1.5 miles from Wonder Lake. It occupies a portion of the five acre homesite of former park superintendent Grant Pearson.

This is an intimate lodging experience with just five guest rooms available. Vacation packages feature fly in / bus out, bus in / fly out and bus in / bus out options.