Wonder Lake is the seventh largest lake in Denali National Park and is an iconic destination known for its views of Denali as well as the Alaska Range. The view of the mountains can be hidden by clouds however and the mosquitoes are a nuisance in the summer so be prepared. Wonder Lake is about seven miles before the end of the Park Road at Kantishna.

The Denali Park Road passes east of Wonder Lake which makes it easily accessible to Denali visitors. Denali is at its closest to Denali (Mt. McKinley) here at around 28 miles north of it. 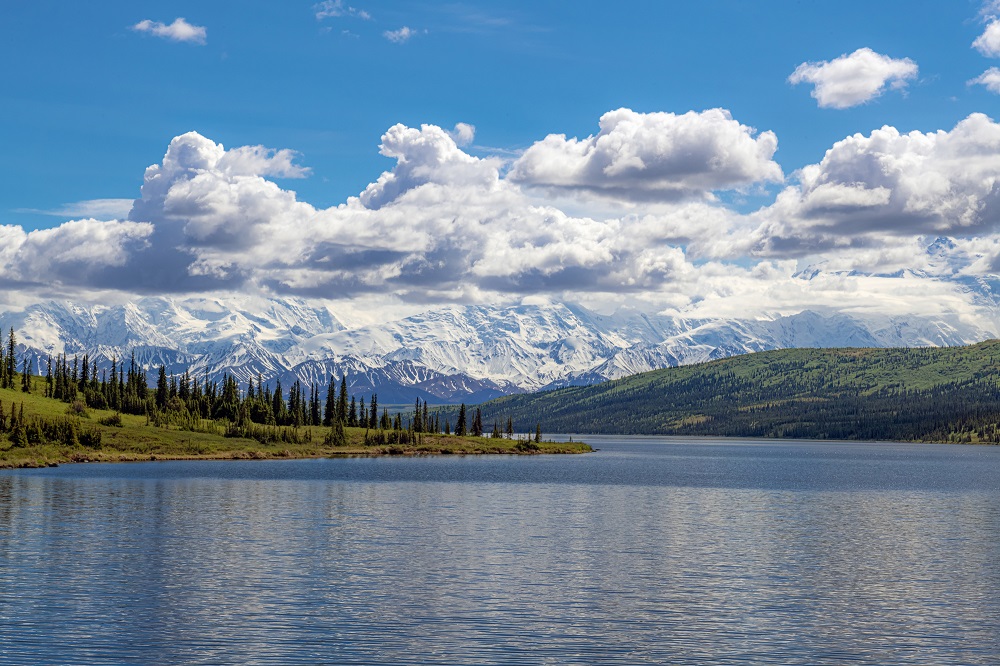 Wonder Lake and then named Mt. McKinley were the subject of a famous photograph by Ansel Adams in 1947 which is considered one of the defining images of the Alaskan Wilderness. The photo was taken on his first trip to Alaska as Adams traveled there with his son Michael on a Guggenheim Fellowship. 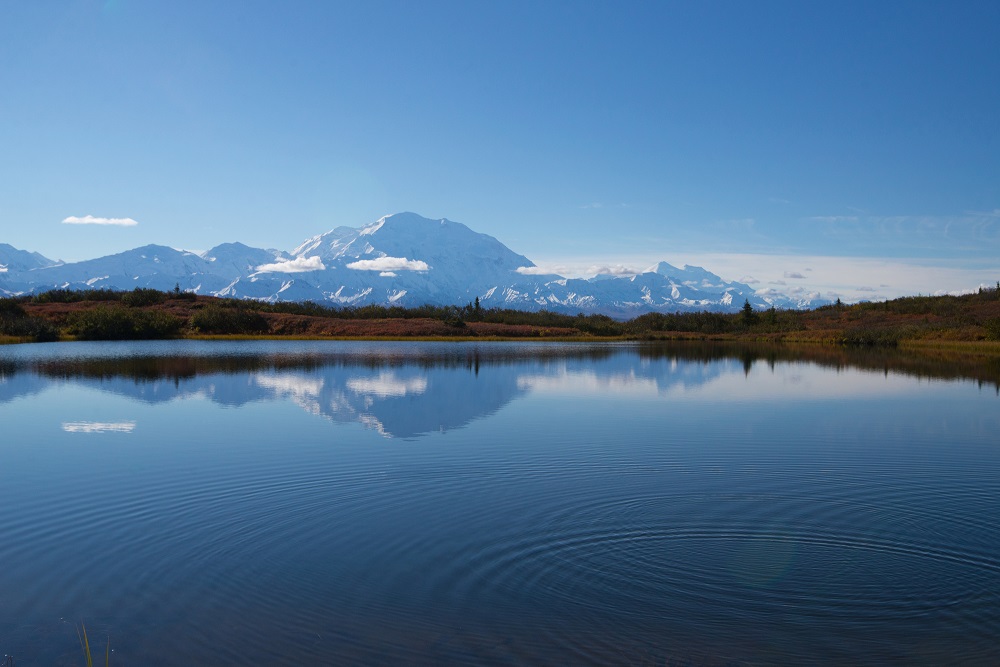 This is a popular spot for photography east of Wonder Lake near the Park Road. It is north of the turnoff for the Wonder Lake campground and a hike from where the buses drop you off.

Wonder Lake occasionally produces lake trout and grayling to people fishing. However, the lakes in Denali have poor fish habitat and are generally not noted for their fishing.

The park service website declares mosquitoes here “a major nuisance most of the summer”. Bring mosquito gear as well as repellent to maximize your comfort when they are bad.

This Denali campground is located at mile 85 on the park road and is the closest campground to Denali. It offers 28 tent-only sites which can be reserved from the park concessionaire. Fires are not permitted but camp stoves are allowed. The campground is located near the south end of the lake and is reached by the bus via a one mile spur road.

Wonder Lake is not a big destination for day trip hikes because it takes so long to get there and back. With a 12 hour round trip, it does not leave much time for hiking. If you are staying there camping, the McKinley Bar Trail takes visitors from the campground to the McKinley River. Hiking is also permitted off-trail in much of the Wonder Lake area.

This is one of the only groomed hiking trails through Denali. It is a 4.6 mile out and back with the trailhead on the spur road to the Wonder Lake campground about 1/2 mile from the main park road. The trail has negligible elevation gain and starts through the tundra before passing through a spruce forest about one mile into the hike on its way to the McKinley Bar of the McKinley River. The McKinley Bar is a wide section of gravel around the river.

How to Get to Wonder Lake