The Historic Tour at Mammoth Cave National Park is one of the most popular and was the most frequent tour when we visited in Fall 2017. It enters through the Historic Entrance and provides a variety of experiences and information about Mammoth Cave. The one downside of this cave tour is that it lacks some of the beautiful geological formations present in the Frozen Niagara section of the cave system. Nevertheless, it is a great experience overall and one that we would recommend for anyone while attending Mammoth Cave.

The Historic Tour meets at the Lodge after you pick up your tickets at the Visitor Center. From there, it is a short downhill walk from the Lodge down the trail to the Historic Entrance. Standing at the mouth of the cave is awe inspiring and something that we would recommend even if you choose to take a different tour because of your schedule. It is a totally different experience at the mouth of the Historic Entrance compared to the doors and narrow passages that we saw at Frozen Niagara, Carmichael or Great Onyx. There is no way to really describe it. You will have to do it for yourself. 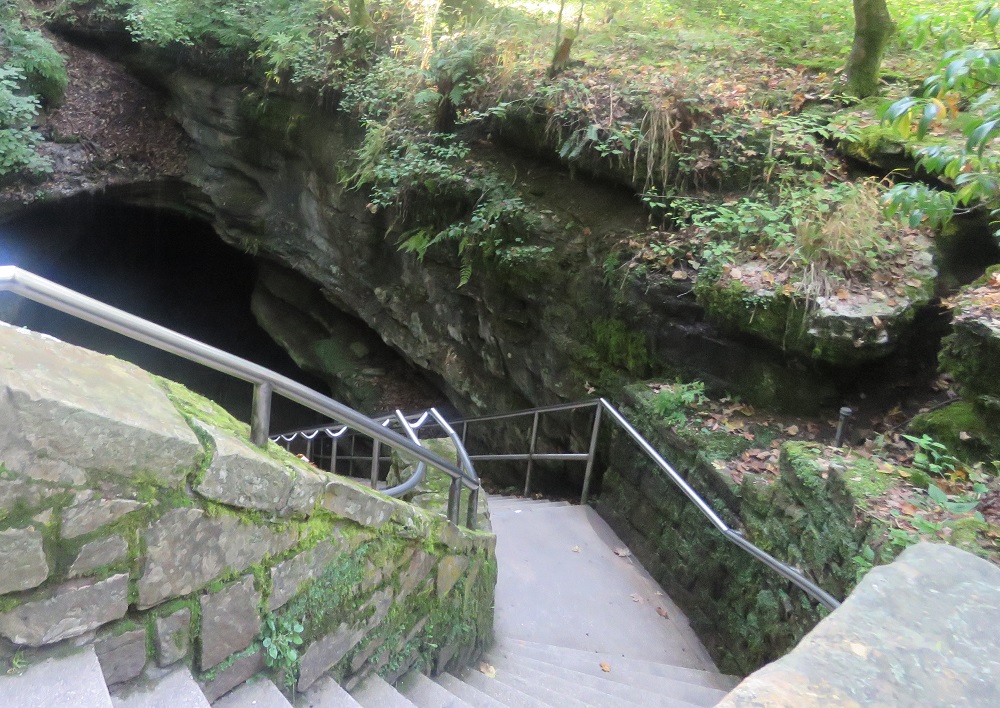 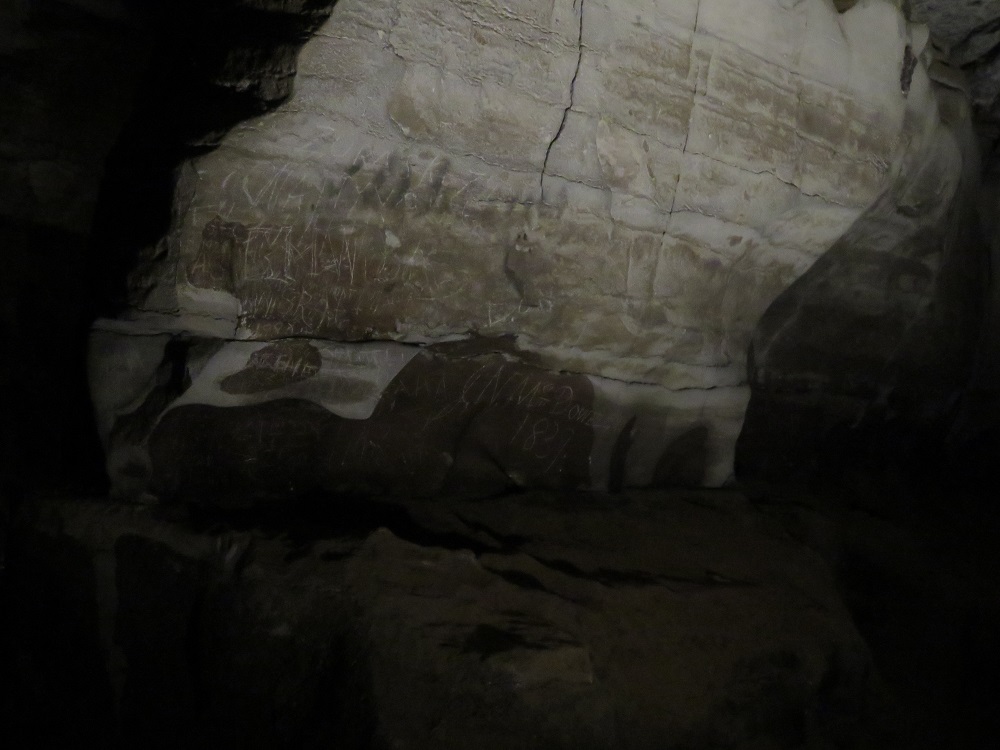 If you are only able to do two cave tours, this one has to be on your list. You will learn about Stephen Bishop’s exploration of the cave, see the handwriting on the ceiling (although in much shorter supply than on the Gothic Avenue tour), encounter the stacked rocks and geological formations such as the Historic Entrance, Bottomless Pit, Fat Man’s Misery and Mammoth Dome. It would be hard to choose between this tour and the Frozen Niagara section of Domes and Dripstones though, because they are very different cave sections and tours. 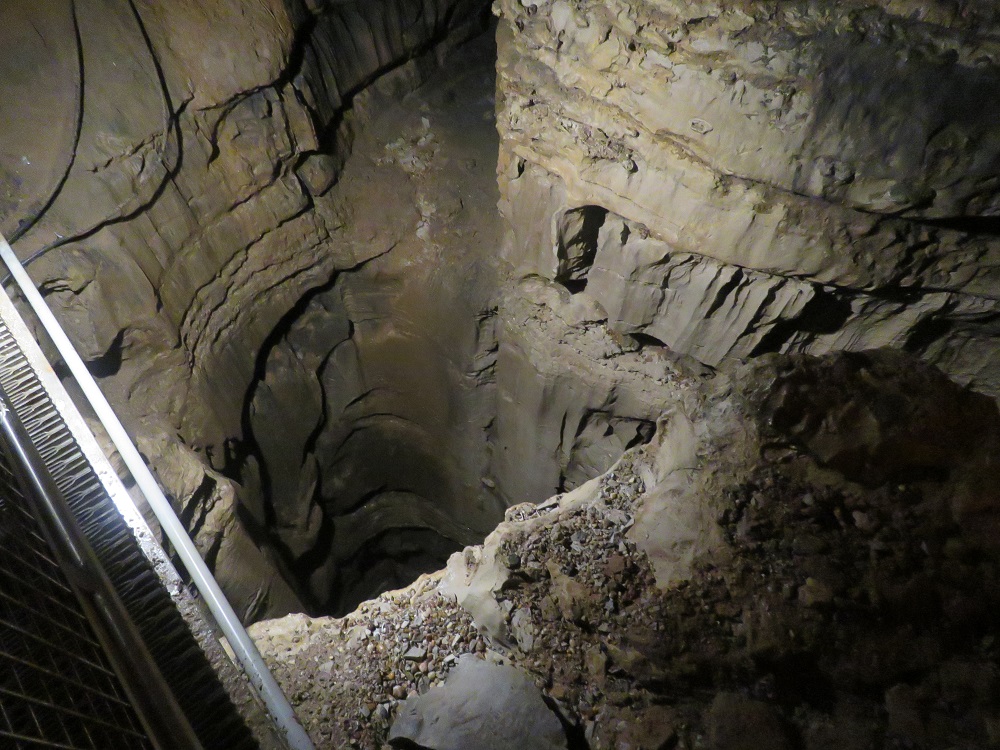 As in all of the tours, there were two park rangers leading it. In general, one takes the point of the group and leads the way, turning on the lights as they go. The other brings up the rear of the group to make sure no one is lost as well as turn off the lights on the previous section. The rangers in general either took turns in the lead/follow position or switched half way through. They all seemed very passionate about their position in the cave and were eager to convey their knowledge to you either through their stories or by answering your questions. There was plenty of time to have questions answered on every tour. 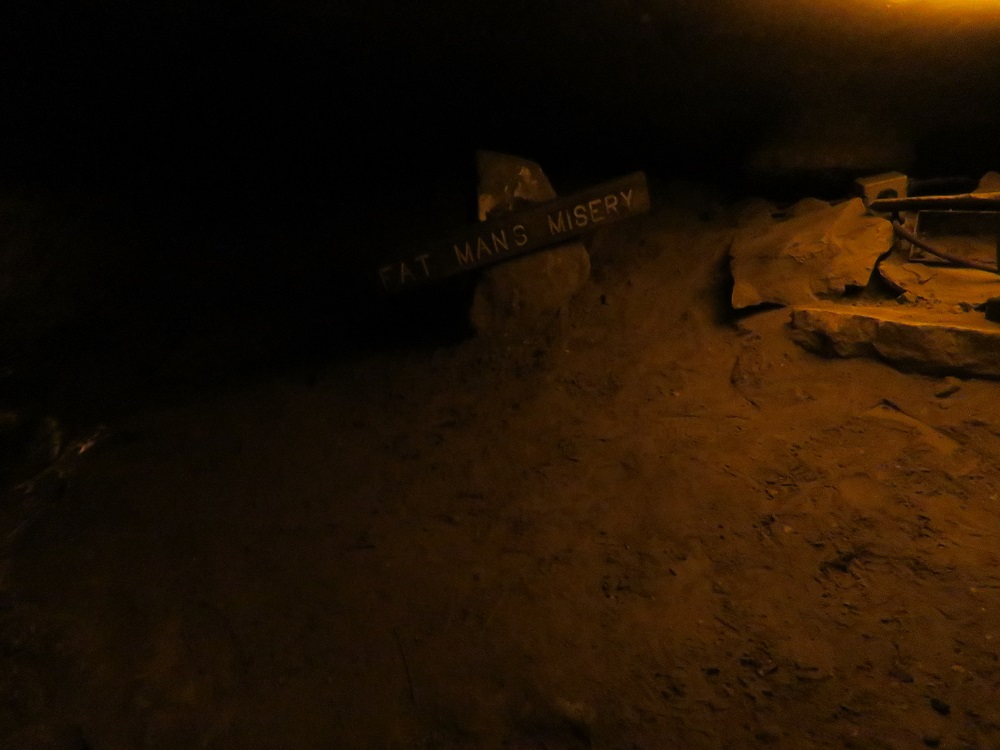 The tour is listed as a moderate effort on the national park website. There are primarily two reasons for this rating. It requires some flexibility to make it through a section known as Fat Man’s Misery when the path through the rocks is very narrow and the ceiling can be a bit low in spots. The other reason is that there is a fire tower toward the end of the tour at the Mammoth Dome with a number of steps to climb.

All tours conclude with a trip across the bio-security mats to prevent the spread of White Nose Syndrome. On this tour, this takes place after you have climbed the stairs outside the historic entrance before taking the return path back up to the Lodge.