The Gothic Avenue Tour was our first cave tour at Mammoth Cave National Park (and our first ever!) so it will always hold a special place in our hearts. The highlights of this Mammoth Cave tour are the candle written signatures and stone monuments left by past visitors. It is scheduled for two hours in length.

When we took this tour in the fall of 2017, the Gothic Avenue Tour was the first cave tour through the historic entrance on the weekends. As such, the cave was dark until the park ranger flipped on the light switch and led our party down the path. This made our first experience in the cave different than our later trip through the Historic tour when the lights were already on in the initial cave passageway which is shared by all of the tours coming down the historic entrance.

The group meets in one of the meeting rooms in the Lodge and then walks down together to the Historic Entrance for additional instructions. Standing at the top in the morning on a warm day, you can feel the pleasant cool air of the cave escaping.

Because the tour covers the same path while going away from the cave entrance and returning to it, the park ranger pretended to be an early, uneducated cave guide on the way out and slipped back into present day to answer questions from a modern perspective on the way back. He did a pretty good job at accomplishing this task without making it seem too corny. This also allowed us to get two perspectives as we were covering the same terrain. On the way back, we stopped in different sections so we didn’t mind covering the same area twice too much.

If you only have time for one or two tours at Mammoth Cave, you can safely skip this one in favor of the Historic Tour and the Frozen Niagara Tour. However, there are a few reasons that you would choose this one over the Historic Tour, which covers some of the same path. The Historic Tour requires more mobility to make it through Fat Man’s Misery and then to tackle the Mammoth Dome fire tower stairs. The only major stairs and mobility issues on the Gothic Avenue Tour are at the cave entrance and exit. 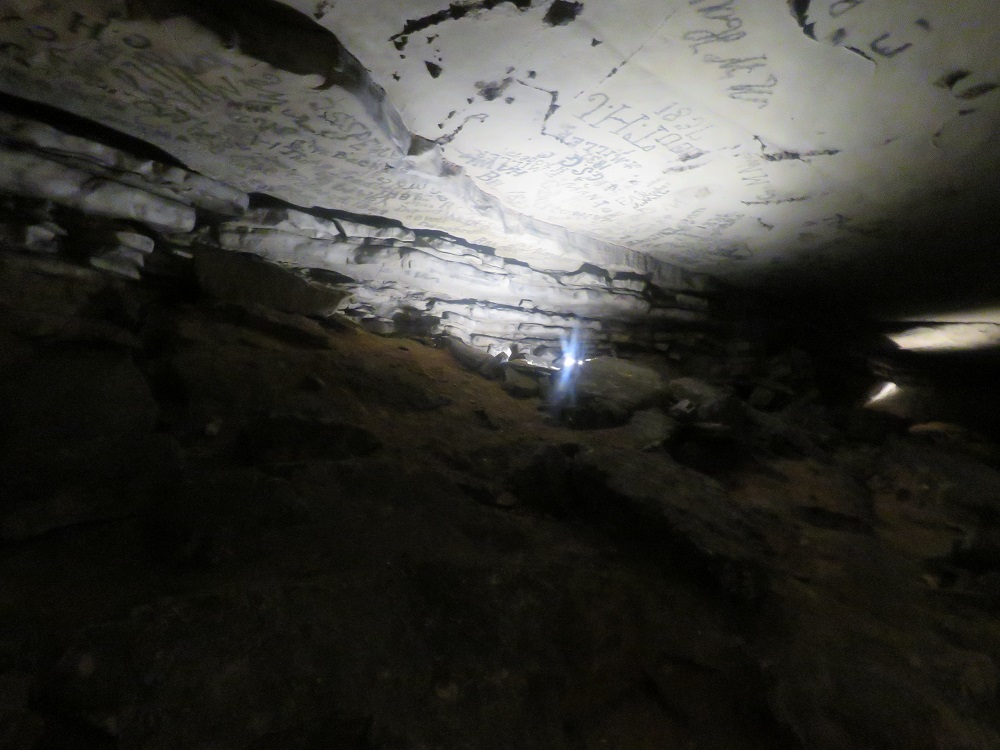 This tour has some of the best historical stories because the names of many visitors were recorded on the ceiling. 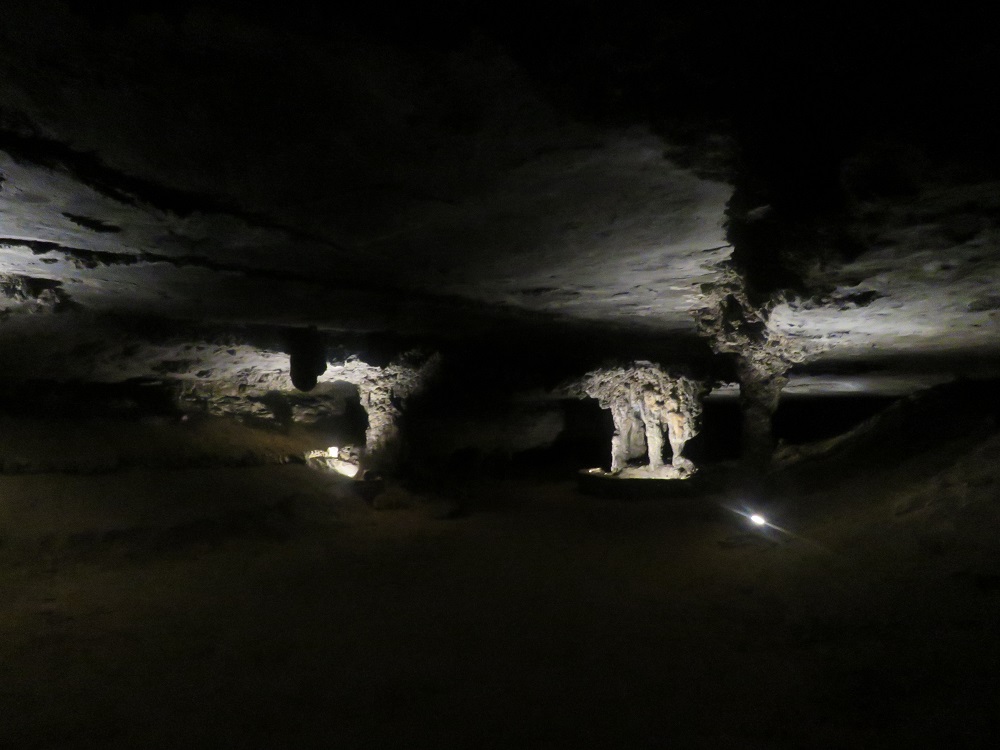 Some of the most amazing large rooms and rock formations were on this tour. 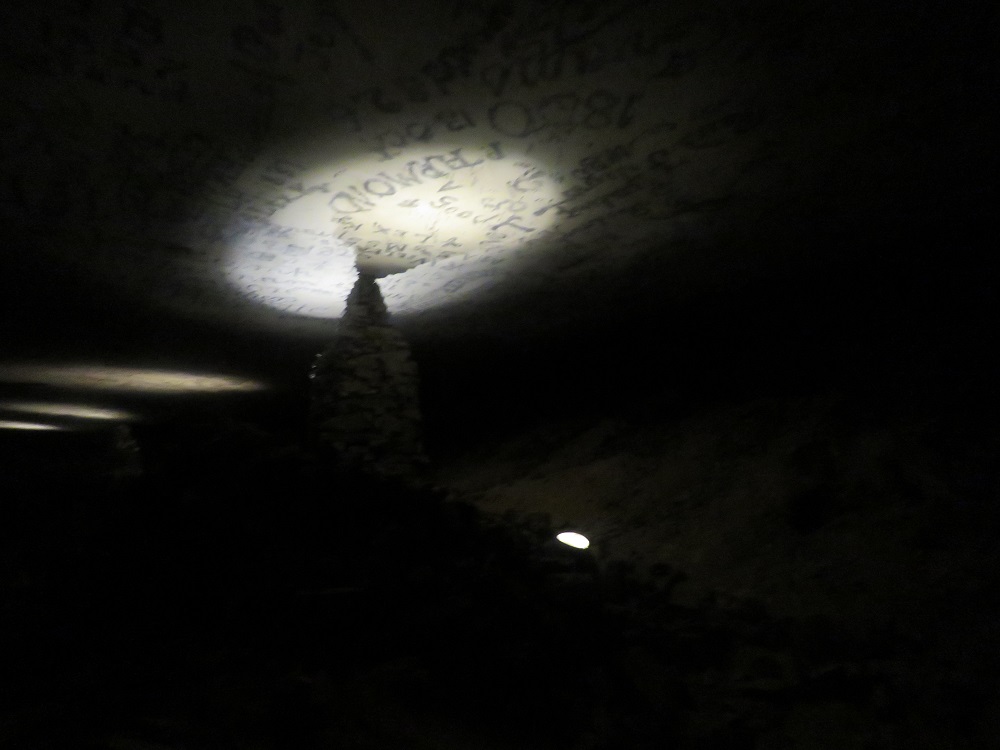 Guests also stacked rocks to the ceiling before it became a national park. You can see how much writing is on the ceiling by the portion that is highlighted in the flashlight. 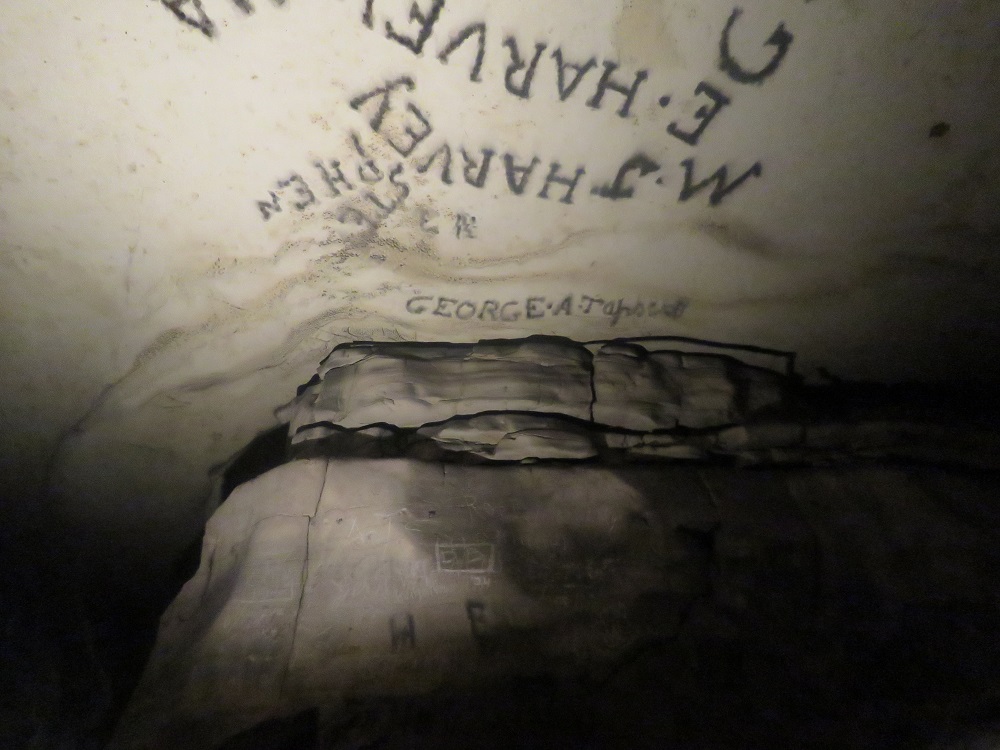 You can see the first name of Stephen Bishop, a slave that became the most famous explorer of the Mammoth Cave system and the one who wrote many of the names on the ceiling. 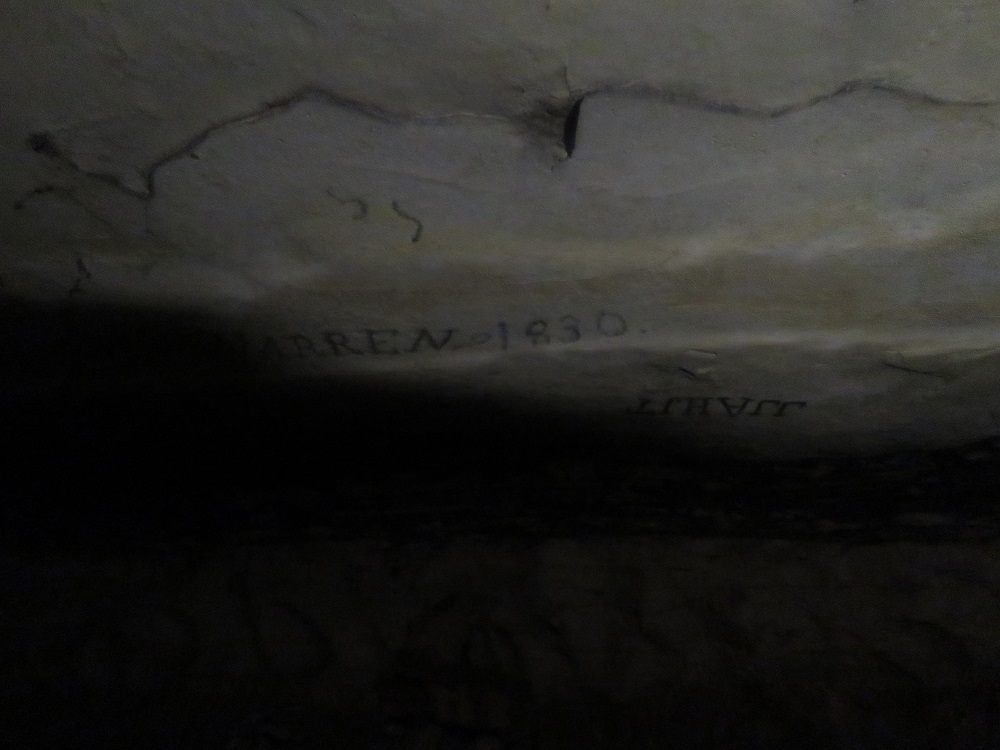 A number of the guests had the year that they visited written by their name. The above writing was dated 1830. 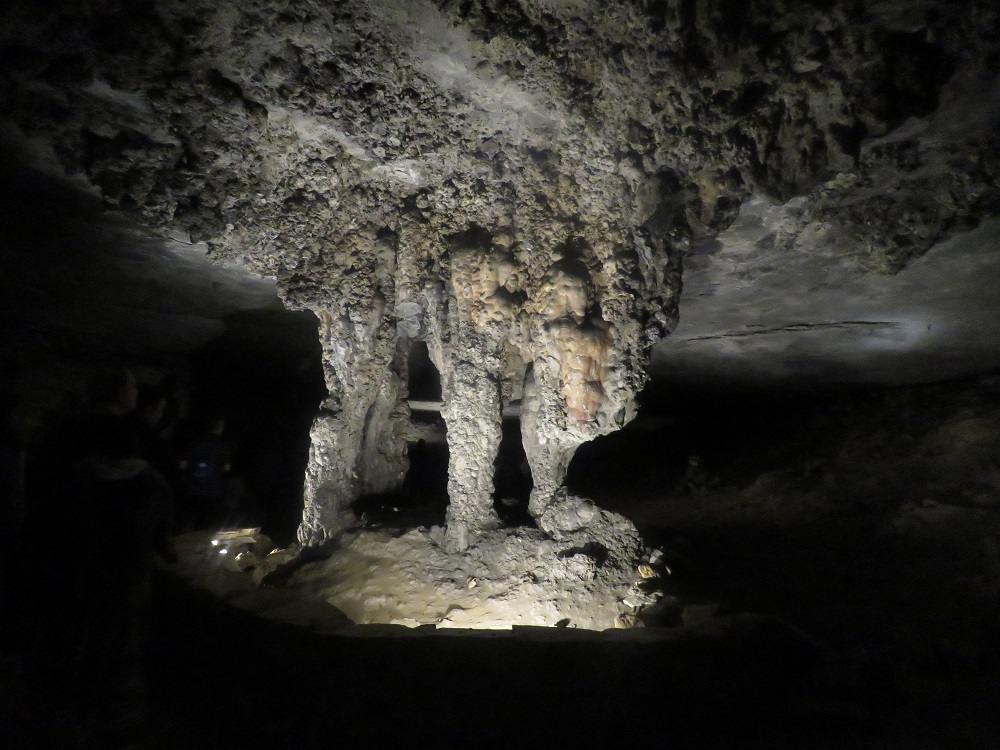 All tours conclude with a trip across the bio-security mats to prevent the spread of White Nose Syndrome. On this tour, this takes place after you have climbed the stairs outside the historic entrance before taking the return path back up to the Lodge.