Point Reyes, a popular Northern California tourist destination, is the only national seashore located on the Pacific Ocean. It is located in Marin County about thirty miles west-northwest of San Francisco. The Nature Conservancy ranks Point Reyes as one of the six most biologically significant areas in the United States due to its rich biodiversity. The San Andreas Fault also runs through the park. 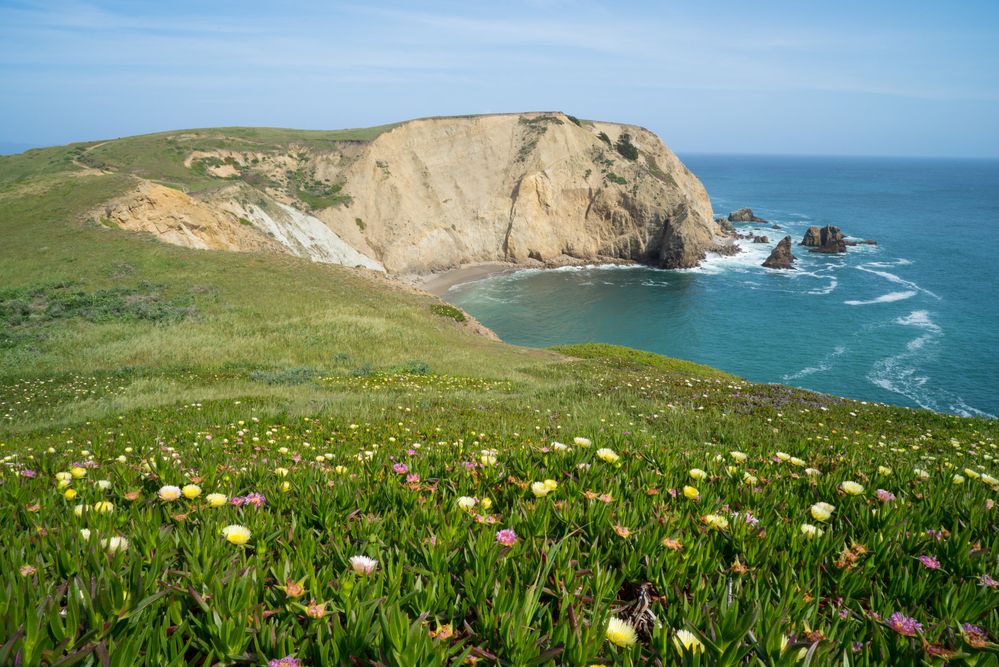 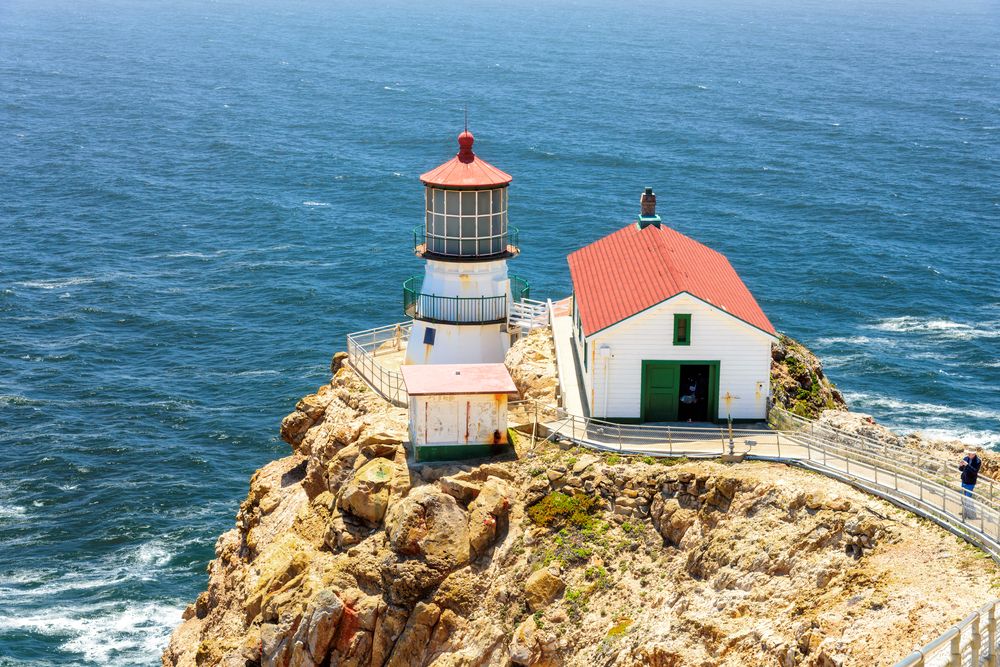 We stopped here to learn about the national seashore and get our passport stamp while we were exploring the beauty of the Pacific Coast Highway, before heading to nearby Limantour Beach.

The lighthouse warned ships of the danger of the Point Reyes Headlands for over a hundred years. The Point Reyes Lighthouse was constructed in France in 1867 and shipped to San Farncisco. Construction was completed and the lighthouse began operating in December 1870. The park service website calls Point Reyes the second foggiest place in North America and the windiest place on the Pacific Coast.

This is a popular, beautiful, natural Pacific Ocean beach on a south-facing beach between Drakes Bay and the Limantour estuary. The beach is accessible by a short hike from the parking area, across a marsh. However, it is worth noting that the sand can get so hot it will burn your feet during a heat wave, as we found out during our trip there before Yosemite National Park.

This was one of four independent ranches on the Point Reyes pensinsula, established in 1858 by Solomon Pierce. The ranch on Tomales Point closed in 1973. It is now an interpretive site listed on the National Register of Historic Places. The Pierce Ranch is considered an excellent example of a west Marin dairy ranch from the 1800s, with its early buildings the least altered and least modernized in the area. The ranch complex includes the main house, schoolhouse, blacksmith shop, barns, dairy houses and more.

Tule Elk are a subspecies native to California which were thought extinct at one time but were saved by a cattle rancher who preserved a herd on his ranch (discovered in 1874). There are now 5700 across twenty-two herds, and a few of them have been reintroduced to Point Reyes. The Tulee Elk Reserve is a decommissioned ranching area where a group of 10 were reintroduced to a 2600 acre fenced enclosure on Tomales Point in 1978. Tule Elk were also released in the wilderness area south of Limantour Beach in 1998.

This is a nearby California state park of about 2000 acres with sections on the east and west sides of Tomales Bay. Heart’s Desire contains a ranger station, beach, picnic area and hiking trails. There are also beaches at Shell Beach and Millerton Point.

The national seashore contains a number of Point Reyes campgrounds including Coast Campground, Glen Campground, Sky Campground, Wildcat Campground, as well as boat-in camping at Tomales Bay and backcountry camping along Drakes Bay and in the Phillip Burton Wilderness.