Canaveral National Seashore is a barrier island in Florida with 25 miles of Atlantic Ocean beach that is the longest expanse of undeveloped land along Florida’s East Coast. The northern part of the beach is known as Apollo Beach, the middle section as Klondike Beach, and the southern part is Playalinda Beach. Gunnison Beach, located in the National Seashore, is one of the few clothing-optional beaches in the national park system. The John F. Kennedy Space Center at Cape Canaveral is located on the southern end of the barrier island. Canaveral is a mecca for plants and wildlife, with 1,000 species of plants and over 300 species of resident or migratory birds. More than 1.8 million people visit Canaveral National Seashore annually. 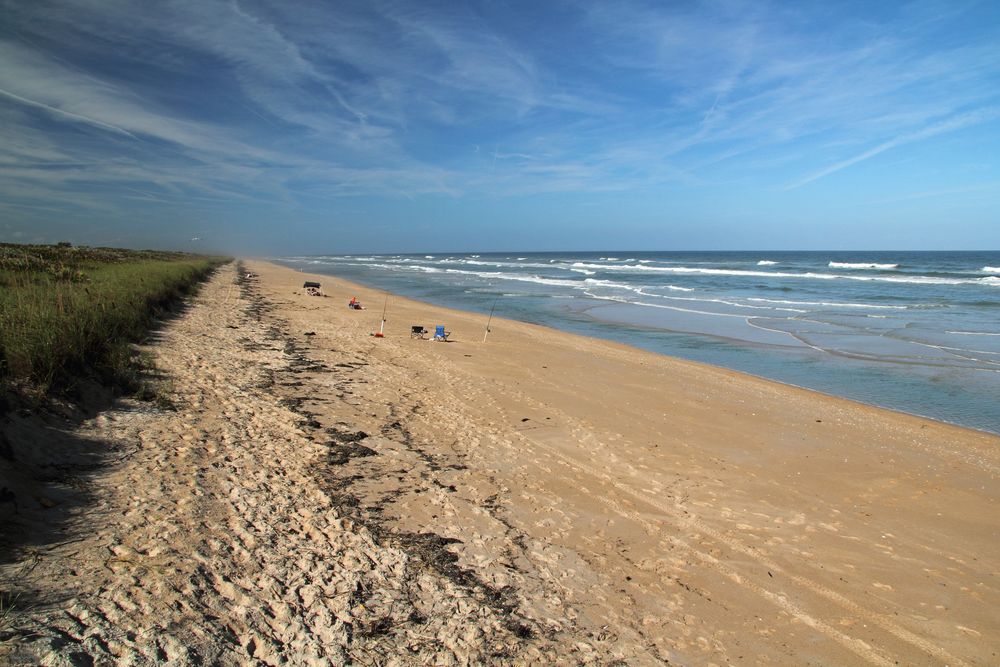 Apollo Beach is located in the northern section of Canaveral National Seashore. There is a six mile road through the national seashore here with five parking areas. It is reached by crossing the causeway from New Smyrna Beach and traveling south on South Atlantic Ave (A1A) until you reach the park. The drive is about 20 minutes.

Klondike Beach is a remote section of the seashore between Apollo and Playalinda. It requires entry by foot and a backcountry hiking permit, which is issued on a first come first served basis from either entrance station. There is a limit of 25 permits per day.

A popular undeveloped beach in the southern section of the national seashore, near the Kennedy Space Center. It is reached by driving through Merritt Island National Wildlife Refuge.

There are 14 primitive backcountry island camping sites available by reservation only which can be reached with your flat boat, pontoon, canoe or kayak. Canoe rentals are available for select campsites weather permitting.

Visitors to the southern section of the seashore travel through Merritt Island National Wildlife Refuge, which contains the Black Point Wildlife Drive, Scrub Ridge trail (where we saw the Florida Scrub Jay when we visited) and the Haulover Canal Manatee Observation Deck (where we were stunned to see so many manatee for the first time)