A barrier island off the coast of Maryland and Virginia that is famous for its wild horses and unspoiled beaches. Its 37 miles of beaches are considered some of the best on the East Coast. The island is managed by the National Park Service, U.S. Fish & Wildlife Service, and Department of Natural Resources. It is the only nature based national park serving the Middle Atlantic seacoast. 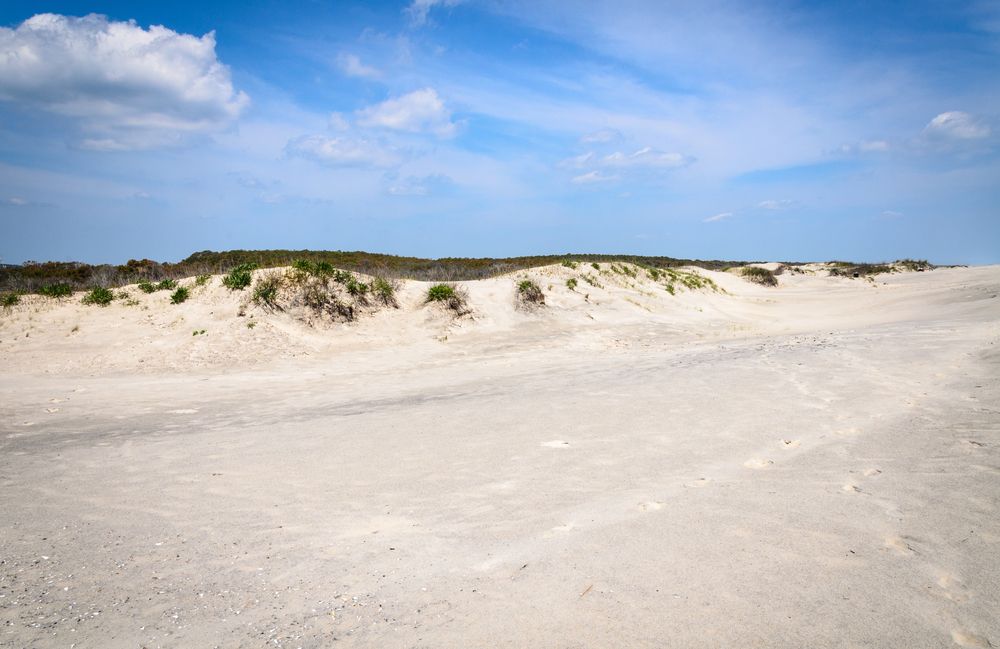 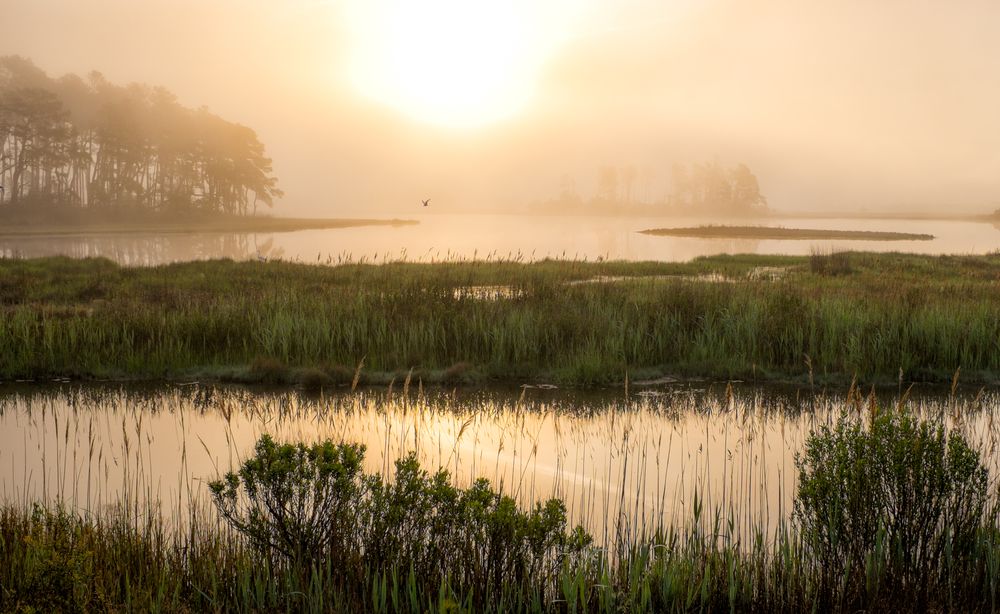 There are parking areas and bathrooms for those visiting the ocean at North Ocean Beach and South Ocean Beach. If you want to explore Sinepuxtent Bay, it can be accessed by car via Bayside Drive or the Old Ferry Landing. There is a small beach at the end of Bayside Drive.

This 14,000 acre wildlife preserve is located primarily on the Virginia half of Assateague Island. The preserve is operated by the U.S. Fish and Wildlife Service. Approximately 1.5 million visitors annually head to Chincoteague NWR, making it one of the most visited refuges in the country. It was established in 1943 to protect migratory bird habitat for waterfowl, wading birds, shorebirds as well as help preserve other wildlife and plants. The wildlife refuge includes the ponies, lighthouse, wildlife loop and more.

A breed of horse with a population of around 230 which is living on Assateague Island. It is not known how the ponies came to Assateague, whether they swam to the island after a shipwreck or were released during colonial times. The two herds are separated by a fence at the Virginia/Maryland border, with the National Park, with one managed by the national park service and the other managed by local firefighters. An annual event is held in July where the Chincoteague Volunteer Fire Company, which owns the Virginia herd, rounds them up and they swim from Assateague Island to Chincoteague Island. The ponies were made famous by the book Misty of Chincoteague.

A 3.25 mile loop vehicle road open only to hikers and bikers before 3 PM daily. It is a popular place to view waterfowl and wading birds.

The national seashore has group camping, bayside drive-in, oceanside drive-in and oceanside walk-in sites. For backcountry camping accessed via backpacking or paddling, the national seashore has two oceanside and four bayside camping areas. There are also 342 sites available for camping at the state park. Private campgrounds are also available nearby in Chincoteague, Virginia as well as outside Ocean City, Maryland.