There are five species of sea turtles that have been found in Dry Tortugas National Park. They are the green turtle, loggerhead, leatherback, hawksbill and Kemp’s Ridley. All five sea turtles that are found in South Florida’s waters are listed as either threatened or endangered under the Endangered Species Act.

The area once had a plentiful amount of sea turtles and was named for them. However, hunting and human activity has diminished their numbers. Long ago, turtles were once caught and left to run the deck of ships in order to provide a fresh food source for their voyages. Green turtles can survive up to two months held on a ship’s deck.

The Dry Tortugas is still the most active turtle nesting site in Florida. The most common nesting turtles on these keys are the green sea turtle and the loggerhead. The nests in the park are generally marked. It is illegal to disturb the turtles or their nest. We didn’t see any while we were in the park but we did see a few marked nests. 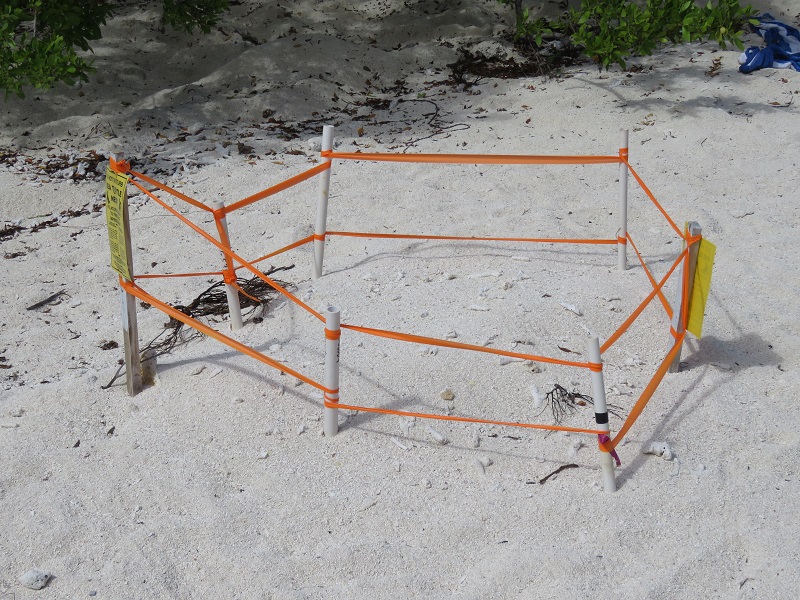 This is a depiction of a hatching nest that is located in the visitor center inside Fort Jefferson. 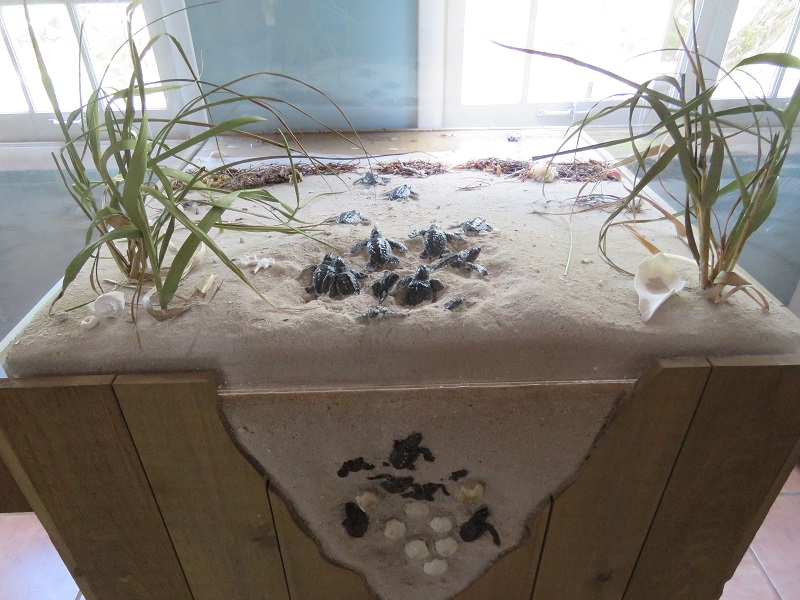 Green turtles are the largest of the hard-shelled sea turtles and the only herbivorous (vegetarian) species of sea turtle. They eat seagrasses and algae. Adults weigh between 300 and 350 pounds. Females generally nest between June and September with most happening in June and July.

Loggerhead sea turtles are the second most common seen in the park. There are estimated to be between 250 and 500 nesting female loggerheads that nest in the Dry Tortugas. They nest every two to five years once they are approximately 25 years old. After nesting, they typically head through the Florida Straights to the Bahamas.

The leatherback is the largest sea turtle in the world and one of the largest living reptiles. They do not commonly nest in the park although they do nest in the Carribbean and south Florida. Their nesting season is from March to July in the United States.

We were told to keep an eye out for sea turtles while traveling on the Yankee Freedom. The loggerhead, green turtle and hawksbill are the three that you may see floating in the Gulf of Mexico. We weren’t able to see any on our voyage. Hopefully we’ll get some photos next time!