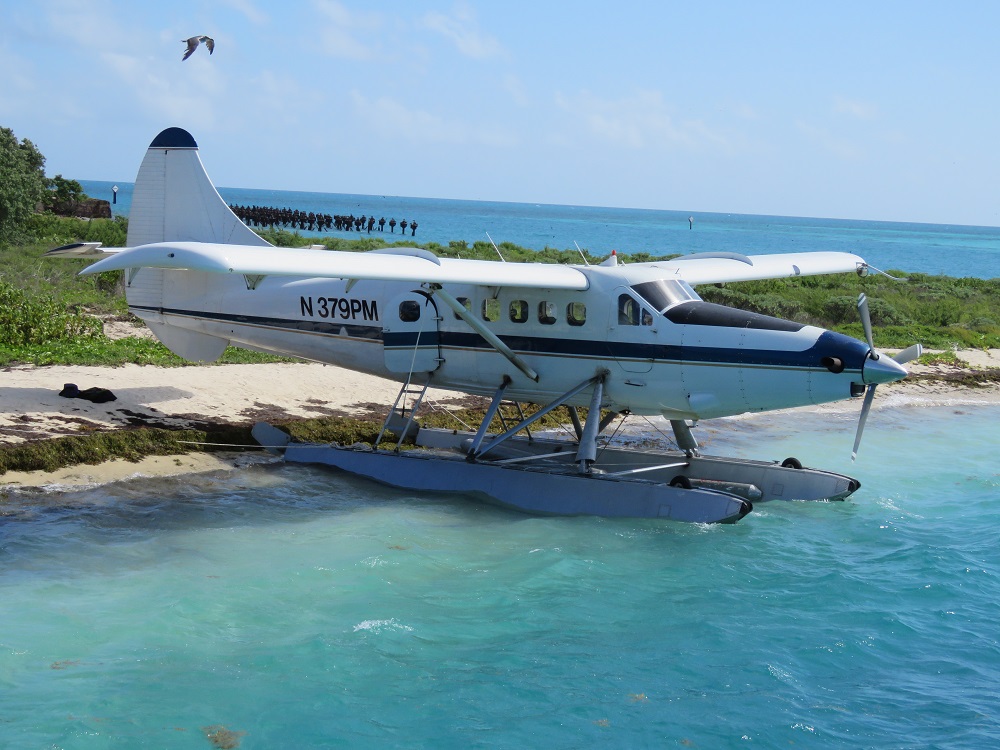 They are authorized by the National Park Service. The service has been offered since 2010 when they were selected by the National Park Service. There was a two year gap before them in which a seaplane was not offered as a way to access this national park. In September 2015, they received a ten year contract to continue the service. They have flown more than 10,000 flights to the Dry Tortugas according to their website.

The plane departs from the General Aviation side of Key West International Airport. There is free parking in the lot for Signature Aviation – you will get a parking permit at check in. The concessionaire operates two DHC-3 DeHavilland Turbine Otter Amphibians. The planes can hold ten passengers as well as the pilot. Every seat has a window view.

The trip to Garden Key is a low altitude flightseeing tour. The plane flies at an altitude of around 500 feet. Passengers get to see Key West from the air on takeoff and landing. Other attractions include the National Marine Sanctuary, the Marquesas Islands, and a few shipwrecks that can be seen from the air.

The Dry Tortugas National Park seaplane circles Fort Jefferson before making a water landing, offering passengers the opportunity to take pictures from the air. I have seen photos of Fort Jefferson taken from a seaplane and they were spectacular. 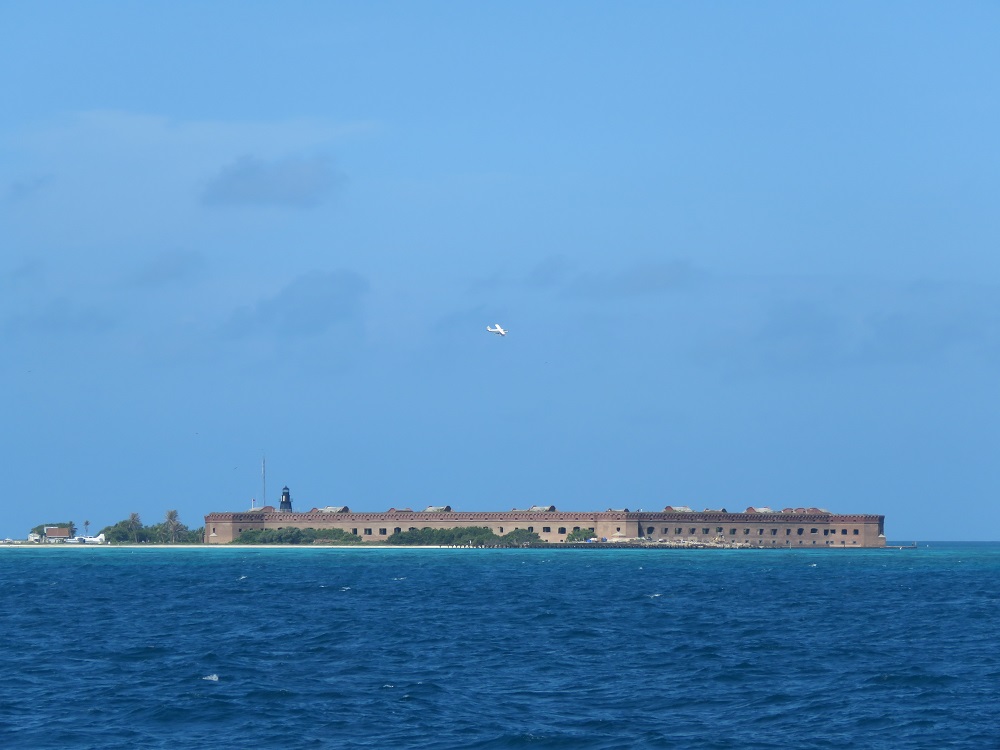 The seaplane is one of the two common ways to reach the park. The other option is the Yankee Freedom, which is a high speed catamaran that has a passenger capacity of 250 people and takes around 2 hours to travel between Key West and Garden Key. Visitors that take the Dry Tortugas ferry get about four hours in the park during a day trip.

When we visited the park in 2017, we took the passenger ferry due to cost. However, I have since met someone that took the seaplane and they highly recommended it. We also saw the plane takeoff and land which was pretty cool. This was a photo that we took as it was racing across the water getting up to speed to takeoff. 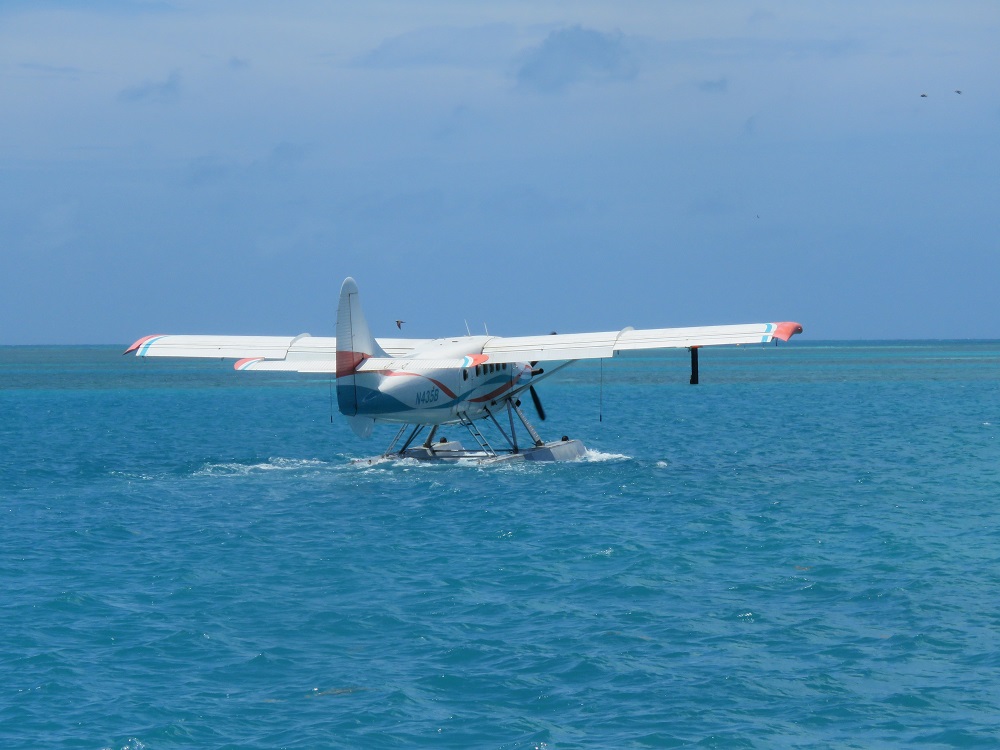 The website for Key West Seaplane Adventures recommends booking early as the number of passengers which they can bring to the park on a daily basis is limited by the National Park Service and demand exceeds supply in-season.