We visited the Dry Tortugas Visitor Center located inside Fort Jefferson known as the Bookstore. It is open for a limited time period during the day. We were there primarily to get the stamp that they offer at every park for our Passport, but we did take a few minutes to browse the informational displays and watch the 3D video that was playing to learn more about the park. 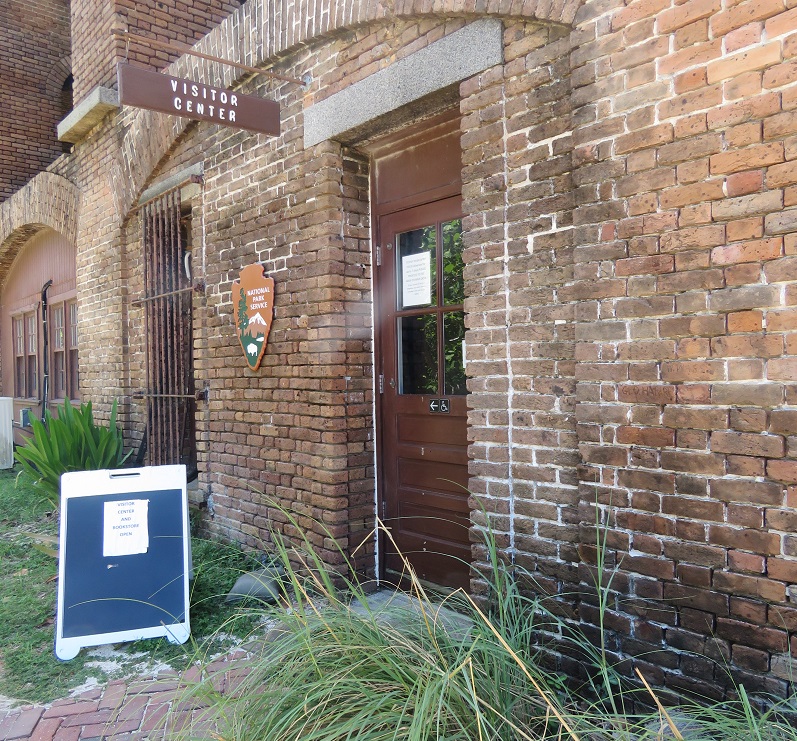 Diagrams just outside of the visitor center provide a map of Fort Jefferson showing the location of Dr. Mudd’s Cell, the former soldiers’ barracks, the hot shot furnace, the detached magazine and the former officers’ quarters. 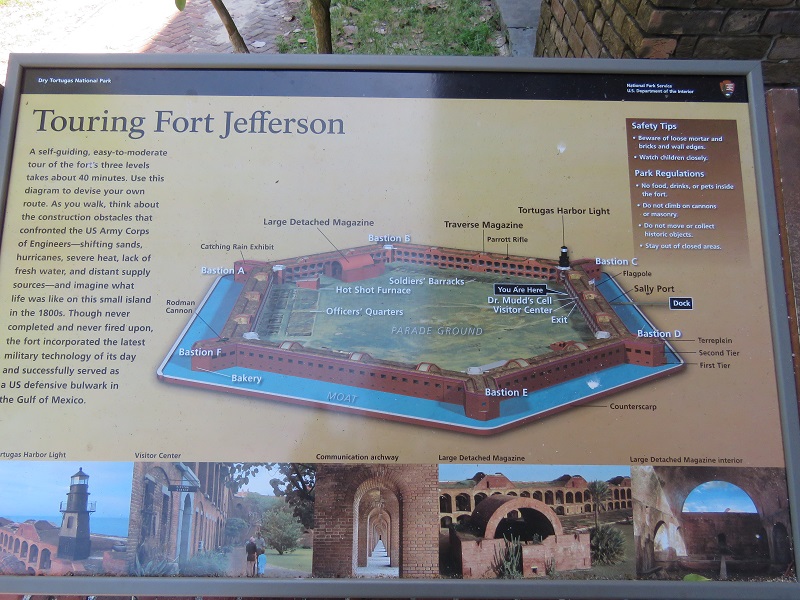 Another outside diagram depicts how the rainwater was collected and stored under the fort. It was filtered through sand to drainpipes in the walls and into cisterns below the first level. The cisterns could hold a total of 1.5 million gallons of fresh water. Eventually, salt water entered most of the cisterns but there is still a large cistern under the parade ground that is still in use today. 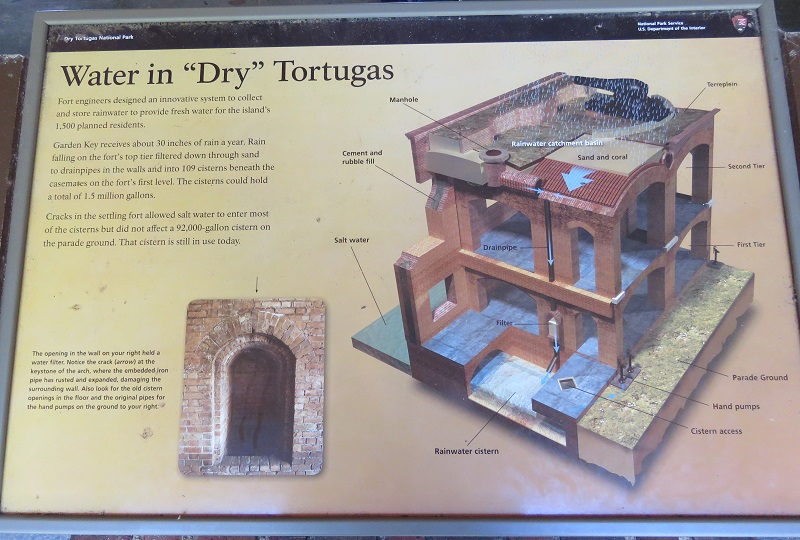 The inside diagrams have additional information about the construction of the fort, including the use of 16 million bricks in its construction and the hauling of bricks from as far away as Maine when Florida joined the South during the Civil War. 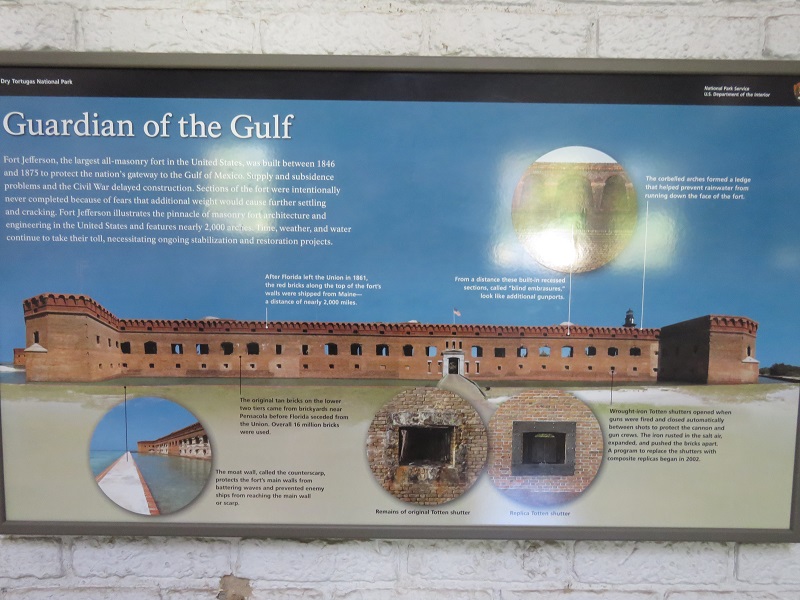 They also offer information as to how the guns got up to the roof of the fort. It took around 50 men plus a derrick located on the roof and various other equipment to haul a 25-top Rodman gun to the top of the fort.

Guns were also located on lower levels where they would be shot through openings in the fort. After the gun crew shot a cannonball at a passing ship, the iron shutters would automatically close to protect the crew from gun fire.

There were about 265 men stationed at the fort during the Civil War. This was some of the gear used by the soldiers: 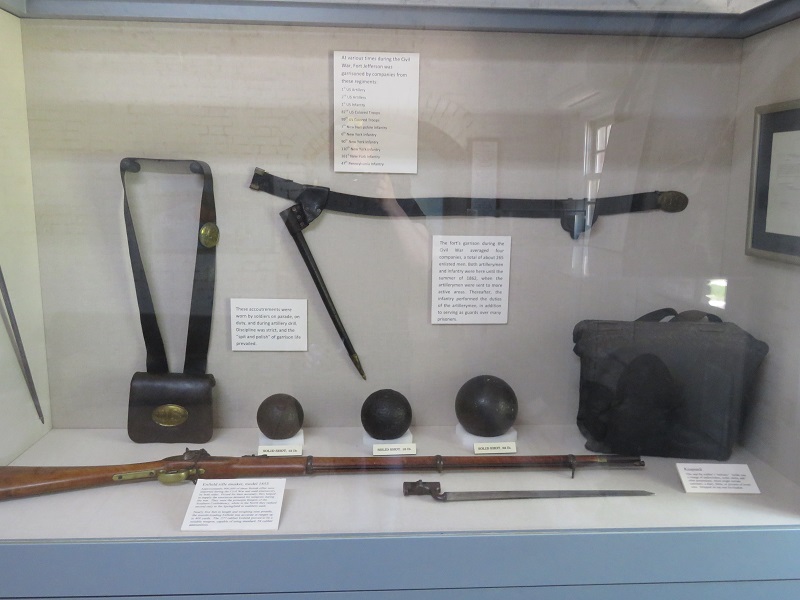 The fort was important because it allows the cannons to protect two nearby deepwater anchorages of strategic importance in the Gulf of Mexico. After the War of 1812, the United States began building a series of coastal fortifications. Fort Jefferson was the biggest and the only one that could not be supplied from the interior of the United States. It is located at the gateway to the Gulf of Mexico for the United States. Ships entering the Gulf typically sail along the Florida Keys until they reach the Dry Tortugas, and then turn north. Ships that need repairs or to avoid bad weather relied on these two deepwater anchorages. Although ships could sail outside the reach of the guns, the path was more treacherous and the cannons could nevertheless be used to protect a fleet at the mouth of the Gulf. 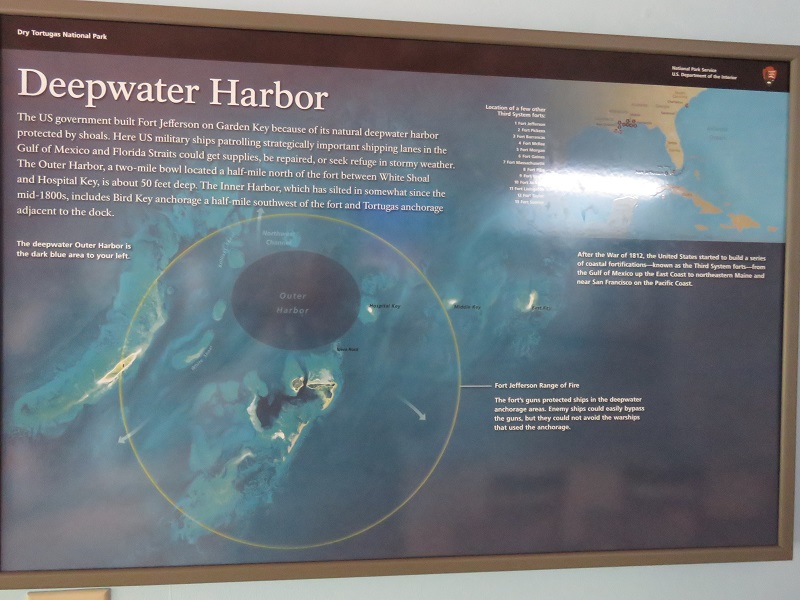 There is also an answer to one of the questions that we had when we looked at maps of the national park: Is Bush Key connected to Garden Key or not? It turns out that the answer is a firm: it depends. It is currently connected but storms and other events alter the ever-shifting sands. 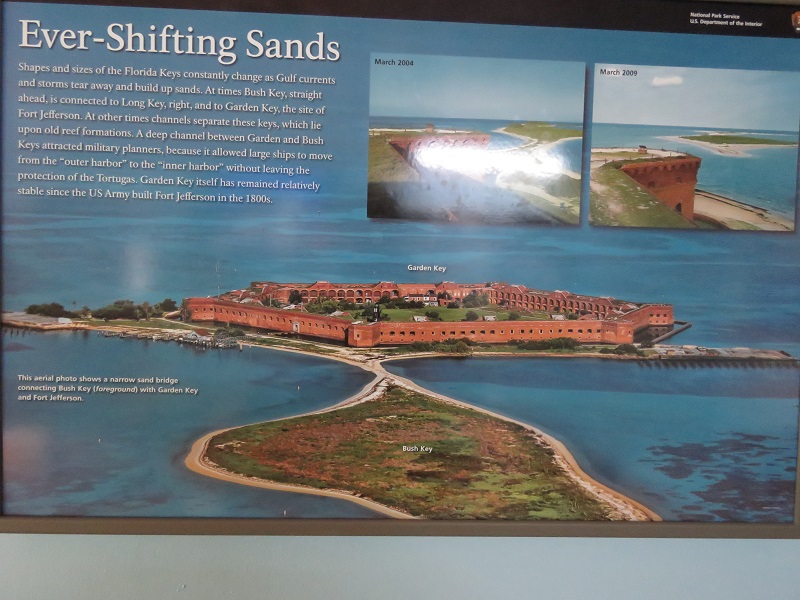 There is also information about the many seabirds that inhabit the park, including the magnificent frigatebird and the colonies on Bush Key, as well as the magnificent coral beneath the sea. 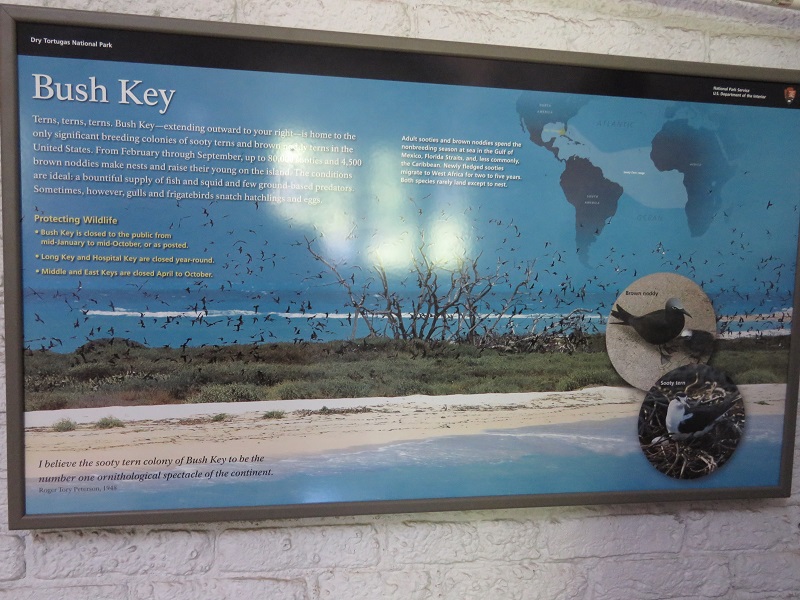 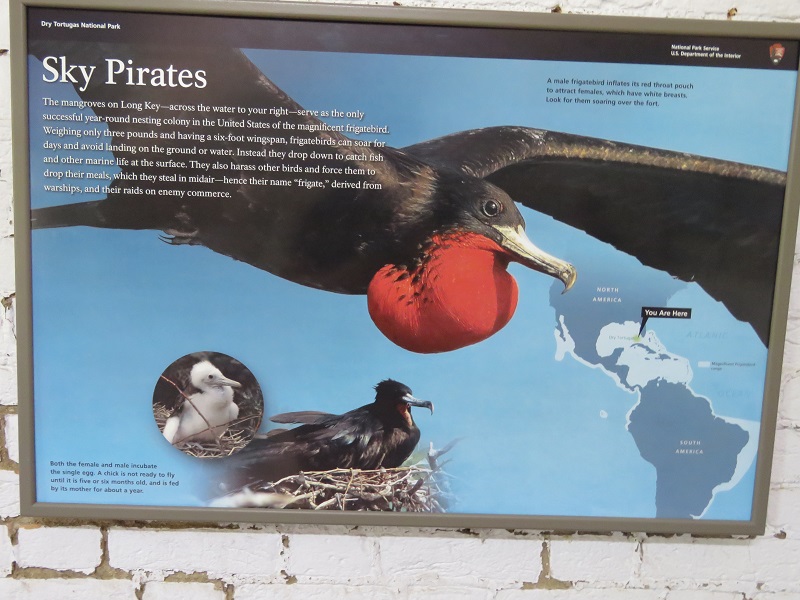