Petersburg National Battlefield is a 2,740 acre park 25 miles south of Richmond that protects land involved in the siege of Petersburg in 1864-65. It contains four separate units including the Eastern Front Visitor Center and Park Tour Road, Five Forks Battlefield, City Point Unit and Poplar Grove National Cemetery. It was established as Petersburg National Military Park in 1926 and redesignated in 1962 before being listed on the US National Register of Historic Places in 1966. 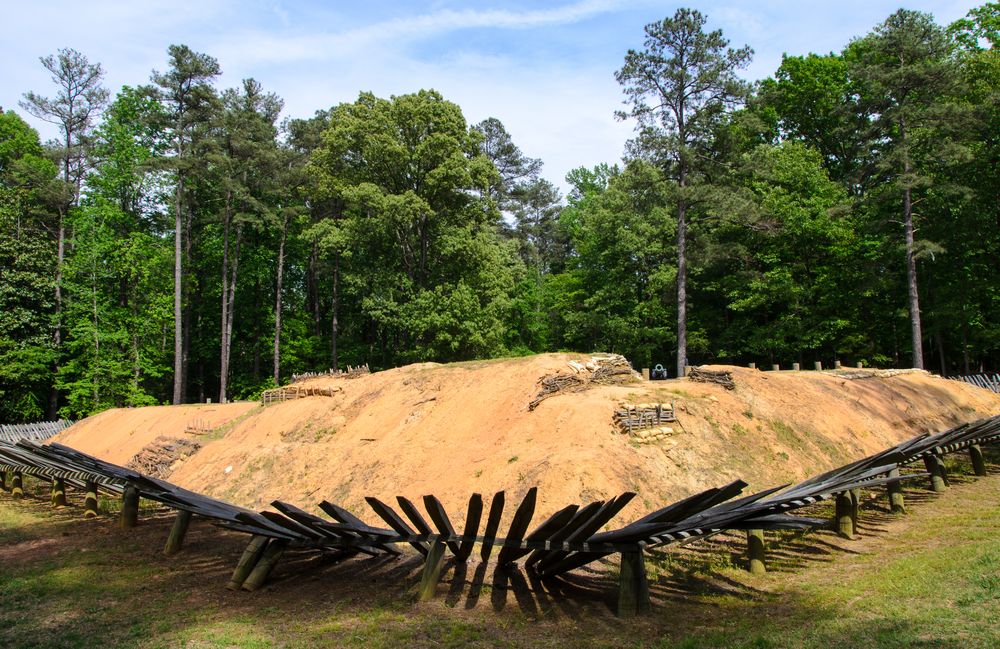