Tunnel Overlook to the south of Marys Rock Tunnel has always been a popular overlook on Skyline Drive in Shenandoah National Park. The tunnel is located at Mile Marker 32.2 and the tunnel parking overlook is just to the south. It faces east just south of the Thornton Gap Entrance Station.

Marys Rock Tunnel was Skyline Drive’s greatest construction challenge, requiring three months for workers to drill, blast and clear the 600 feet of solid granite here. It was completed in January 1932. The original tunnel walls were natural granite. They were replaced in the 1950s to solve a problem with falling rock and winter ice due to dripping water.

Marys Rock is located to the southwest of the tunnel and is the eighth highest peak in the park at an elevation of 3,514 feet. Marys Rock is typically reached by the Appalachian Trail (which is not accessible from the Tunnel Overlook). 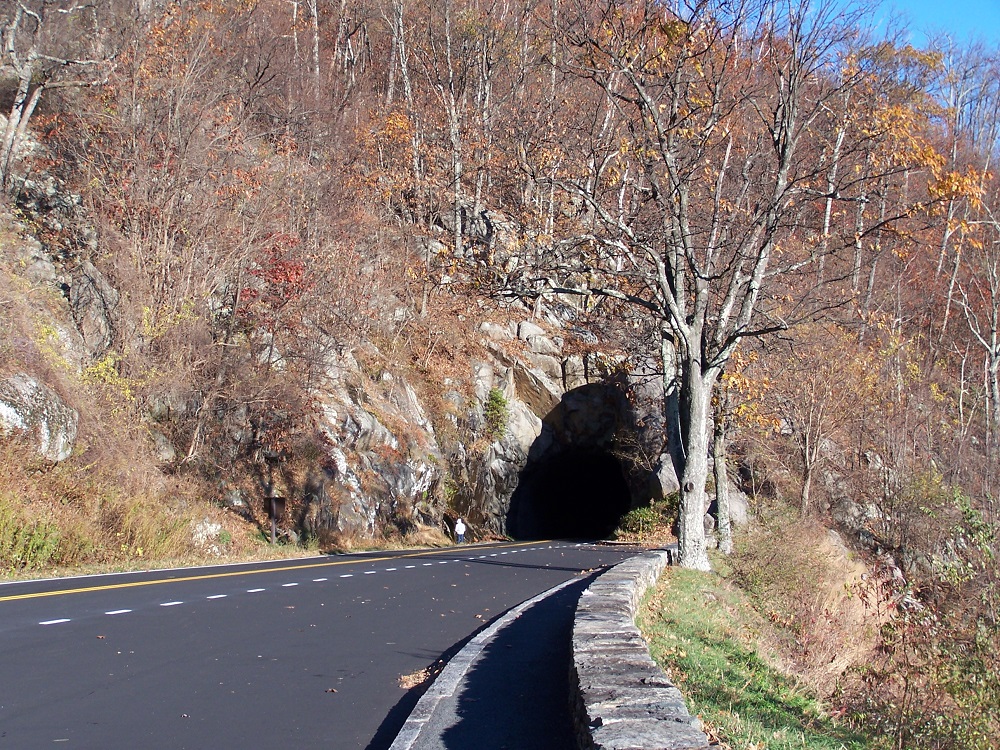 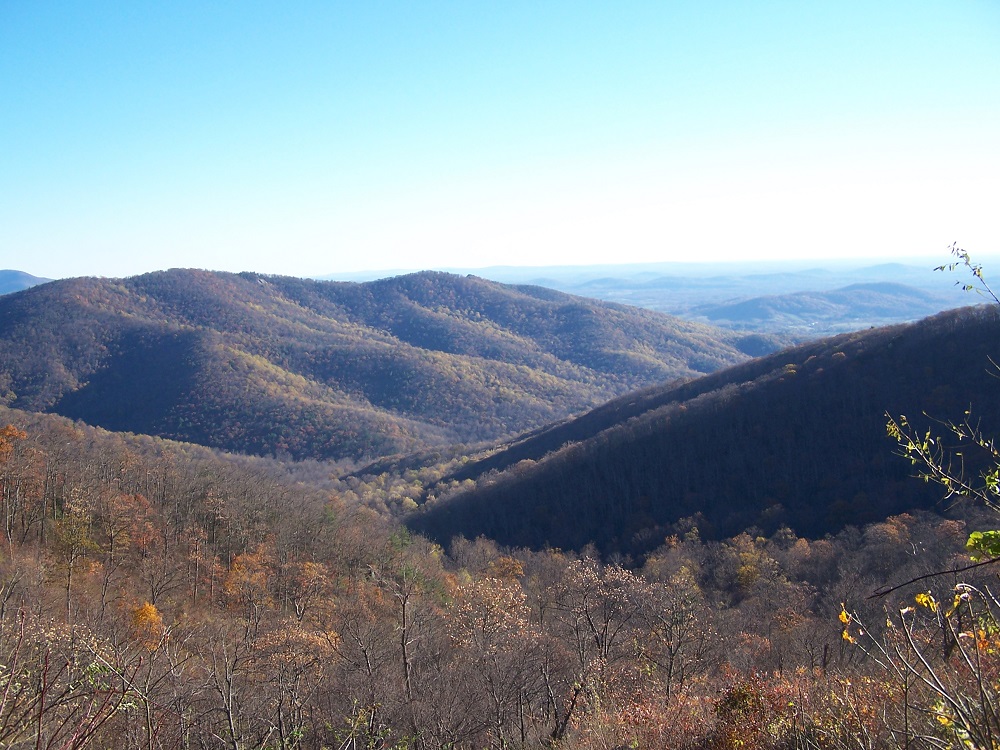 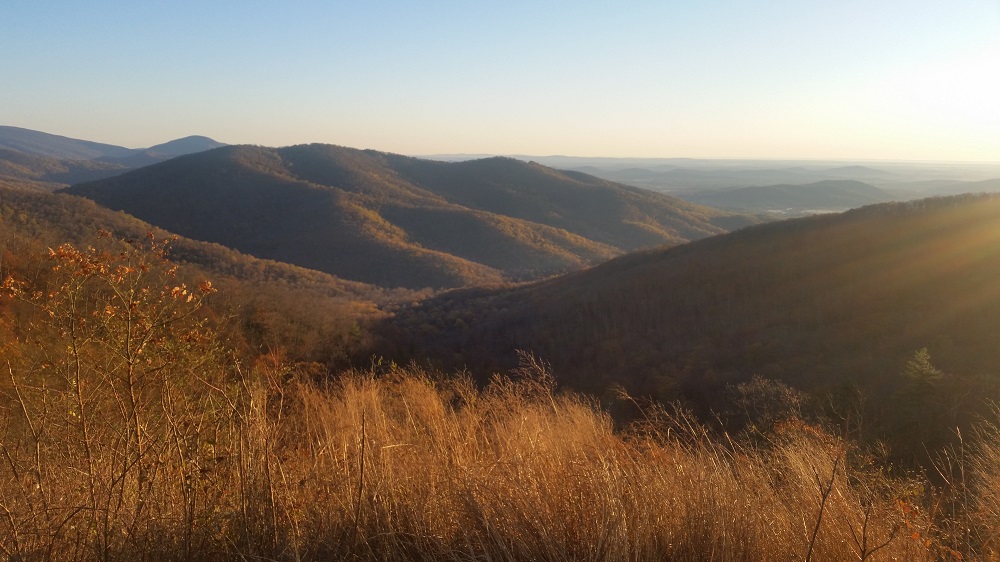 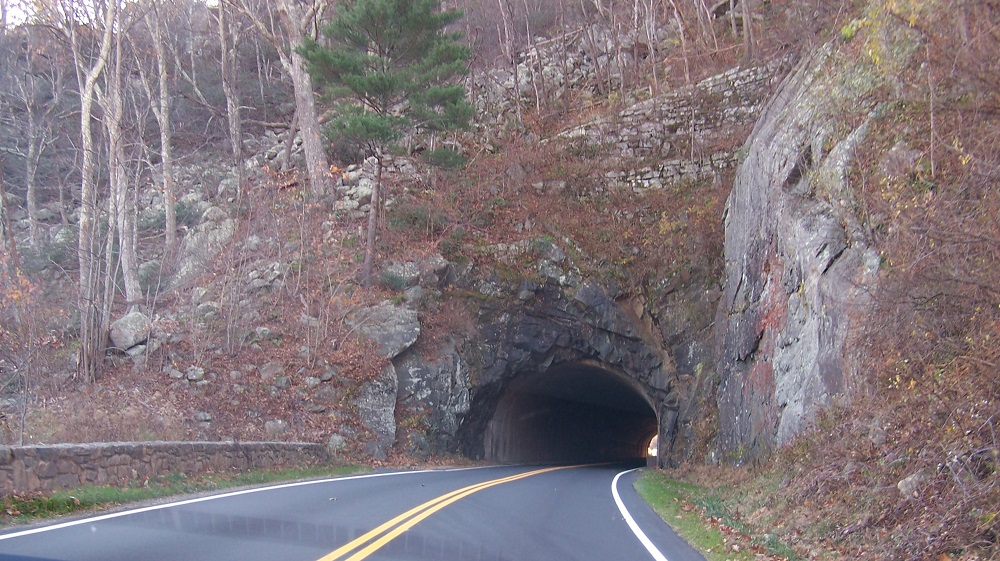