A diverse park of nearly one million acres in the Pacific Northwest.

Ruby Beach is the northernmost beach along Highway 101 in Olympic National Park. It is named for the ruby-like crystals which can turn the beach sand reddish. Abbey Island just offshore is one of the most photographed rock formations in the park. The beach is considered one of the best summer sunset spots in the Pacific Northwest. 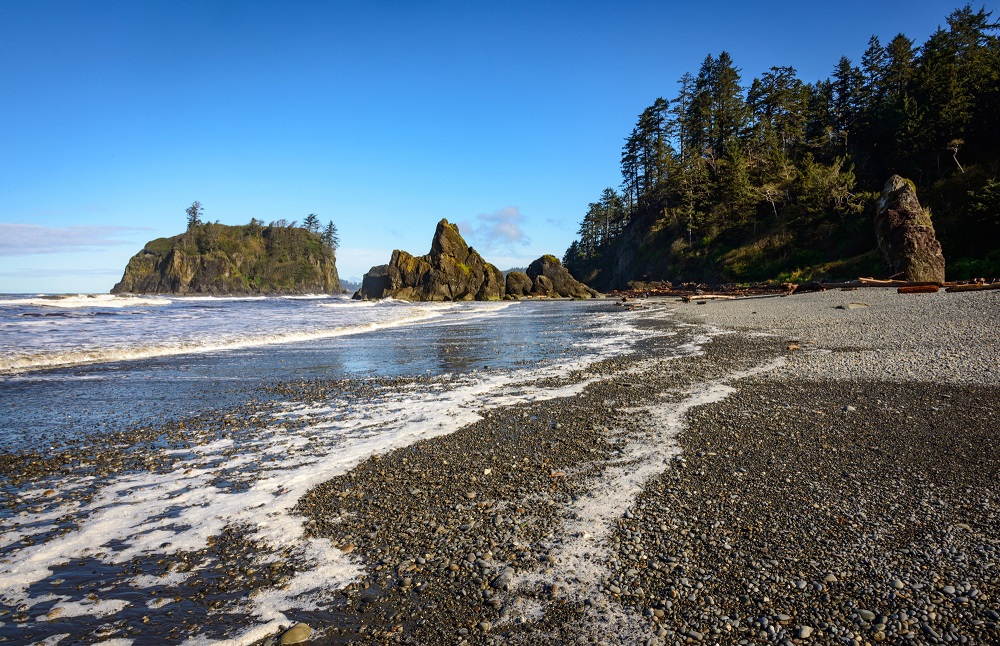 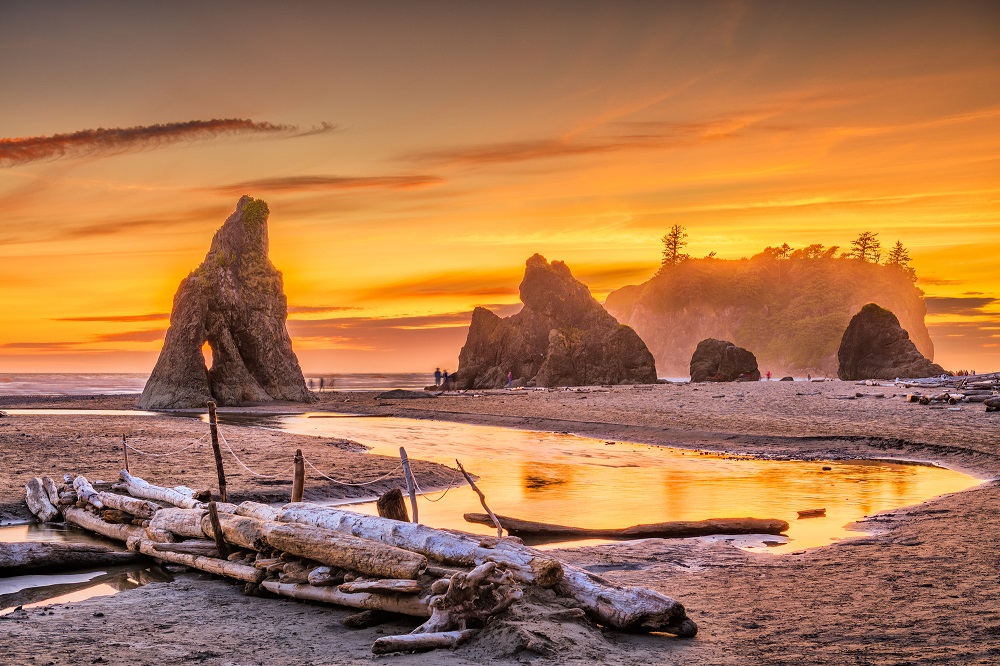 Lake Crescent is located 17 miles west of Port Angeles near the community of Piedmont. It is the second deepest lake in the state of Washington. The lake is known for its clarity and brilliant blue color due to a lack of nitrogen which inhibits algae growth.

Located 17 miles south of Port Angeles, it is the most easily accessed mountain area within the park, offering scenic views in clear weather. The road is open throughout the summer and scheduled to be open Friday through Sunday (plus holiday Mondays) in the winter (weather and road conditions permitting, tire chains required, closed other days).

This is one of the largest temperate rain forests in the United States, receiving an average of 140 inches of precipitation a year. Located on the west side of the park about two hours from Port Angeles, it is a popular destination reached by the Upper Hoh Road off of Highway 101. There are two short nature trails near the visitor Center, as well as the start of the 17.3 mile Hoh River trail to Glacier Meadows. 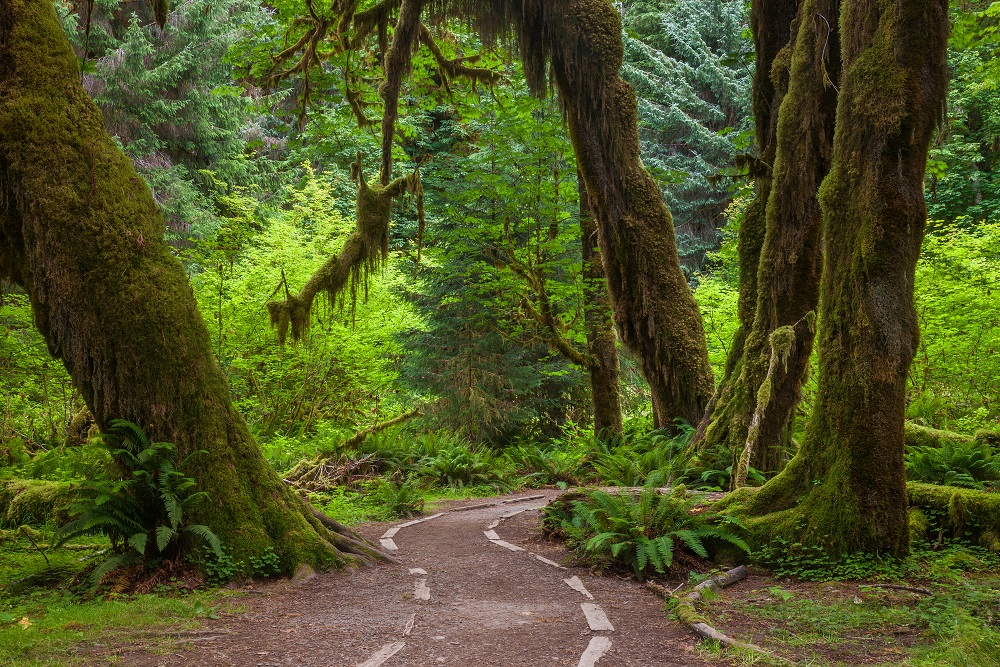 Mount Olympus is the central feature of Olympic National Park, rising to a height of 7,980 feet in western Washington state. Due to heavy winter snowfalls, it supports several large glaciers. 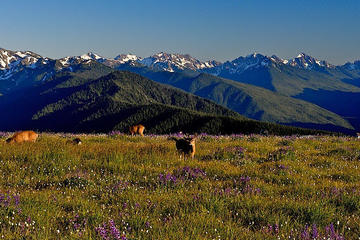 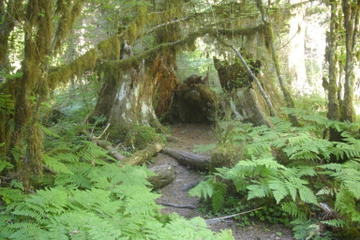 Rainforest Tour of Olympic from Seattle, $352.62 via Viator.

Can you drive through Olympic National Park?

You can drive into the park but you can not drive north to south or east to west through the heart of the park. The most popular drive is the Olympic Peninsula Loop, a 329 mile loop around the park best experienced in several days.

Where is the entrance to Olympic National Park?

How many days do you need to visit Olympic National Park?

Visitors can experience a section of the park in a day but a minimum of three days and two nights will provide more ability to explore the different sections of the park.

How far is it from Seattle to Olympic National Park?

There are two ferry services which will take cars across the Puget Sound from Seattle. To drive, visitors need to travel south to Tacoma or Olympia (depending on destination) before turning north to reach the park. It can take three hours or more to reach ONP from Seattle.