The Northernmost National Park in the United States.

Gates of the Arctic National Park 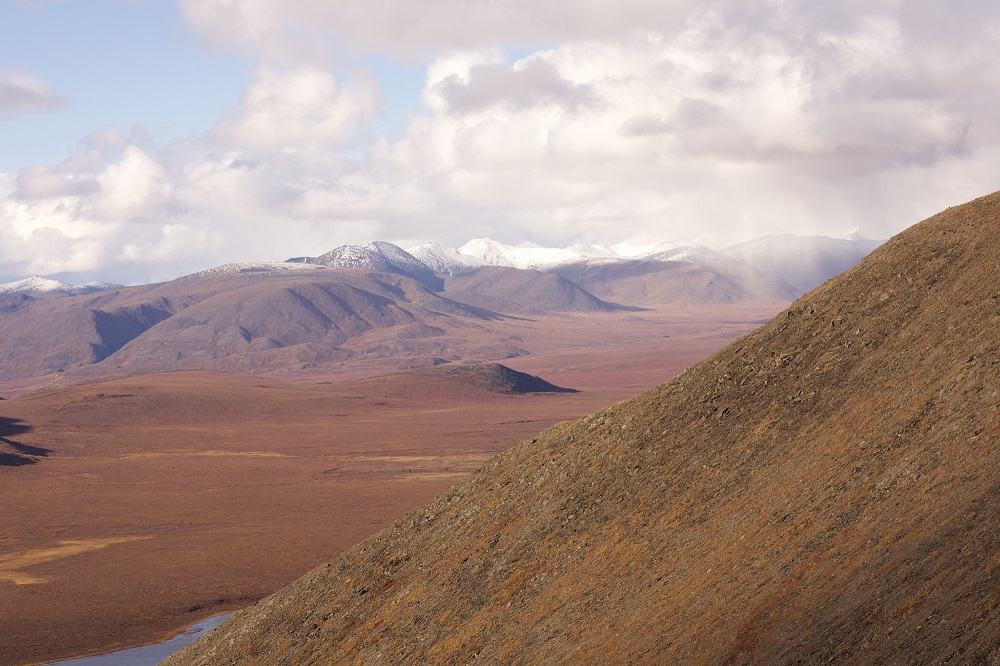 People have lived in the Brooks Mountain Range for over 13,000 years, and there are thousands of archaeological sites throughout the area to document what was left behind. Ancient populations were small and constantly on the move, harvesting whatever was available in that season. In the last century, people settled in permanent, year-round villages, and today there are eleven communities associated with the park, whose residents use subsistence within and nearby the park to survive. The first Europeans arrived in the 1880s, starting with military explorers assigned to explore and chart the frontier. Prospectors followed in search of gold, triggering a gold rush in 1898, and scientists to examine the natural and cultural history of the area. Finally, those in search of recreation came to conquer the rugged terrain.

The Gates of the Arctic is a reference to the Frigid Crags and Boreal Mountain, which are split by the Koyukuk River.  They got this name from Bob Marshall in 1929

There are no fees to enter the park, although getting there (airfare etc) may require fees.

How to Get to Gates of the Arctic

Most visitors access the park by air taxi. Daily flights are available from Fairbanks to nearby gateway communities. Coldfoot is also accessible from Fairbanks via the Dalton Highway, a high speed gravel road frequented by trucks hauling heavy equipment. From these nearby areas, there are no trails into the park and two of the three communities require a river crossing.

It is best to be prepared for a variety of weather conditions due to the remote nature of the park and the possibility of rapid and unpredictable weather changes.  In the summer, there can be large temperature differences between the heat of the day and the cold at night.  In the winter, daytime temperatures routinely stay below 20 degrees.

There are no designated campsites within the Gates of the Arctic.  Campsites are encouraged on gravel bars that are well above current water levels.  Campers are also encouraged to move camp every 2-3 days to give the environment a chance to recover from your presence there.  Also keep in mind that you are in bear country so locate your cooking/eating area at least 100 yards from your sleeping area and don’t store food and other odorous items in your sleeping area

Lodging in Fairbanks (Hours Away!)

Can you drive to Gates of the Arctic?

You can not drive into or through Gates of the Arctic. The only option which does not involve a flight into the park is to drive up the Dalton Highway from Fairbanks to the Coldfoot area and hike in. The visitor center for the park is located in Coldfoot, Alaska. It is called the Arctic Interagency Visitor Center, a parternship between NPS, BLM and Fish & Wildlife. It is open daily during the summer. Coldfoot had a population of 10 in the 2010 census and primarily serves as a truck stop on the Dalton Highway. Hiking into the park from Coldfoot would require a river crossing of the Middle Fork of the Koyukuk River, but Dalton Highway crosses the river a few miles north and it appears possible to walk into the park from Wiseman. Some or all of this land may be private property however. Wiseman is located just off Mile 189, about 14 miles north of Coldfoot, where there is a sign for the Wiseman Spur road for the three mile drive back to the town.

How many people visit Gates of the Arctic?

Why did the Gates of the Arctic become a national park?

The park protects the Brooks Range, undisturbed land of the Arctic Circle and the many wildlife in the area.