Everglades National Park is the third largest national park in the lower 48 states, covering over 1.5 million acres in Florida.  It protects the largest wilderness east of the Mississippi River and the lower portion of the tropical wetlands known as the Everglades.  The Everglades is a network of wetlands and forests fed by a river flowing south out of Lake Okeechobee toward Florida Bay.  It is the largest mangrove forest in the western hemisphere, the most significant breeding ground in North America for wading birds and home to dozens of threatened or protected species including the Florida panther.  The park was necessitated by the development of South Florida, which drained portions of the wetlands and diverted water.  Now, the Everglades is one of only three locations to appear as a Wetland of International Importance, a World Heritage Site, and an International Biosphere Reserve. 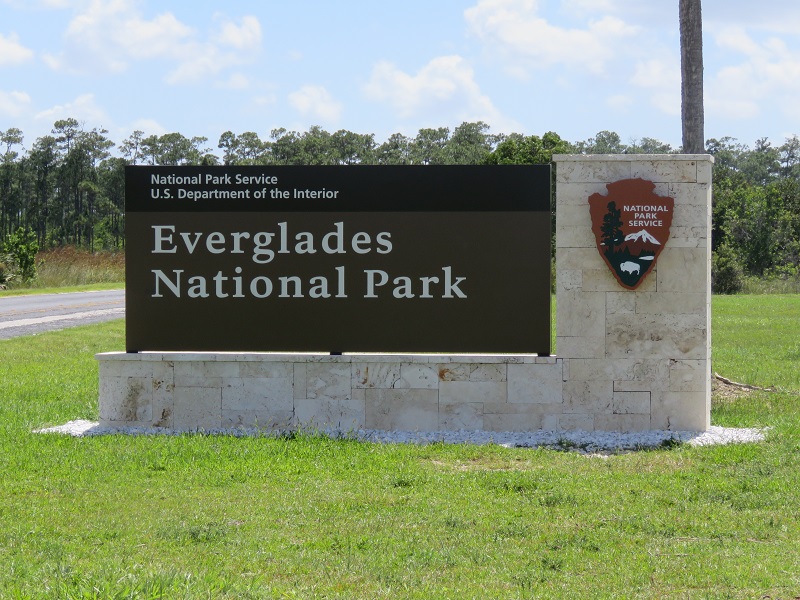 Scroll down to read more about the Everglades.  Don’t miss our additional sections about specific areas inside Everglades National Park:

An entrance fee of $20 for motorcycles and $25 for private, noncommercial vehicles is charged at entry. The passes are good for seven days. The park offers an annual pass for $40 that is good for 12 months from the purchase date. The national park pass ($80), senior pass ($10) and other national park passes are accepted at Everglades National Park.

There are as many as three hundred bird species in the Florida Everglades, and it is a birding paradise from December to March during the winter dry season. Several hiking trails are good for bird watching, including Anhinga Trail, Shark Valley Tram Road and Snake Bight Trail. Birds also congregate around the bodies of water. Try Nine Mile Pond, Eco Pond, Mrazek Pond, or Paurotis Pond.

For boating and camping enthusiasts, the 99 mile Wilderness Waterway offers an adventure through the Everglades. The water trail connects Flamingo to Everglades City. It is best for experienced paddlers and boaters. Some areas are only passable at high tide and powerboats may have to detour around some portions. Inexperienced boaters may have trouble navigating due to the many bays, creeks and mangrove lined shores. The authorized national park boat tour concessioner rents canoes and kayaks. They also offer drop off or pick up service for canoes/kayaks and passengers.

An authorized national park concessioner offers boat tours with trained naturalists to see the sights and wildlife of Ten Thousand Islands and the Mangrove Wilderness. Tickets are between $15 and $48 depending on age (kids/adults) and the tour. Tours are 1.5 hours to 1.75 hours.

Flamingo is located at the end of the road through the main section of the park starting at Florida City. There is currently a temporary visitor center, a marina and a campground. There are plans to create a new visitor center, as it was damaged in Hurricane Irma.

The Everglades boat tours depart from Flamingo marina. During our trip, the marina area was also a good place to observe the manatee, crocodiles and osprey.

Don’t forget to stop in to the visitor center. One of the things that we learned when we were here was that we were unlikely to see a flamingo. Although common in South Florida in the 1800s, the flamingos almost vanished as they were hunted for food, skins, eggs and feathers. The well known pink bird has been seen again in the area, but it is rare to see one at Flamingo in the park currently.

The Anhinga Trail is a paved walkway and boardwalk in Everglades National Park that runs over a freshwater sawgrass marsh (Taylor Slough). It is known as one of the best places with easy access to photograph wading birds and alligators because of their numbers and their tolerance of people on the boardwalk. It is just under a half mile to a series of viewing platforms that allow you to see out over the anhinga nesting area.

Nine Mile Pond offers canoeing and kayaking on a 5.5 mile loop trail across the pond and through the mangrove forest. It is also one of a handful of places in the park popular for shore fishing (in addition to fishing from a canoe/kayak).

The Pa-Hay-Okee Trail and Overlook Platform provides an impressive and easily accessible view of the river of grass at Everglades National Park. It is a short boardwalk of less than a 1/4 mile roundtrip (.16 miles according to the national park website). It is located to the north of the Main Park Road about 12 miles from the southern park entrance reached by a 1.3 mile turnoff.

Anhinga Trail is a short .4 mile trail (.8 mile round trip) that starts at the Royal Palm Visitor Center, about four miles from the park entrance.  It is a self-guided trail through a sawgrass marsh.  It is one of the most popular trails in the park because of the abundant wildlife along the trail in the winter.  The broad, easy trail offers a handicapped accessible boardwalk over Taylor Slough, where wading birds and alligators are frequently seen.

There are a number of hotels near Everglades National Park in Homestead and Florida City. They include a Holiday Inn Express, Best Western, Home2 Suites, Days Inn, Super 8, Baymont and more.

If you are planning to be at Shark Valley in the morning, there are hotels along the Ronald Reagan Turnpike in Sweetwater and University Park such as the Hilton Garden Inn, Homewood Suites, Courtyard and Comfort Suites. It is about a thirty minute drive from there to Shark Valley.

On the northwest side of the park, there are a few local options near Everglades City. The closest major national hotel chains are approximately 45 minutes away near Naples, Florida. 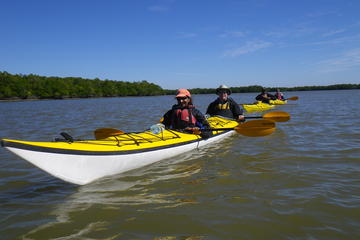 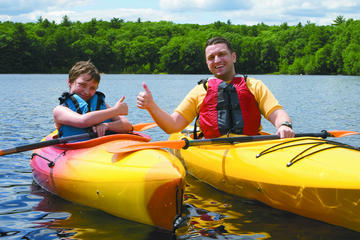 Small-Group Eco-Adventure of the Everglades, $155.70 via Viator 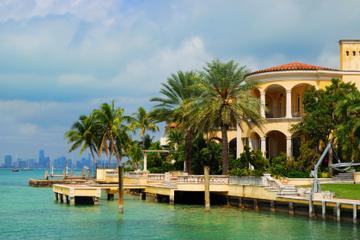 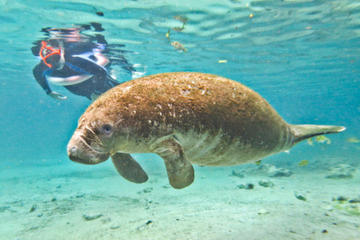 Swim with Manatees and Everglades Airboat Tour, $112.99 via Viator 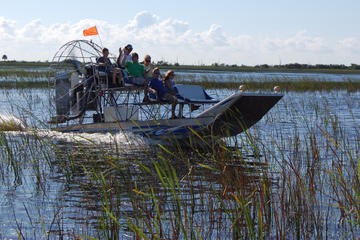