Hawaii Volcanoes National Park is the home to the active volcanoes Kilauea and Mauna Loa. The park includes flowing lava, a tropical rain forest and a barren desert, among other things. It was established in 1916 on the island of Hawaii.

The Kilauea eruption and earthquakes at the park in 2018 expanded the Kilauea cauldera and resulted in the national park’s closure for four months over the summer. The eruption resulted in extensive damage to Jaggar Museum, which is closed. Vehicles are only allowed to travel sections of Crater Rim Drive. Other closed areas and the recovery efforts are detailed on the park website. 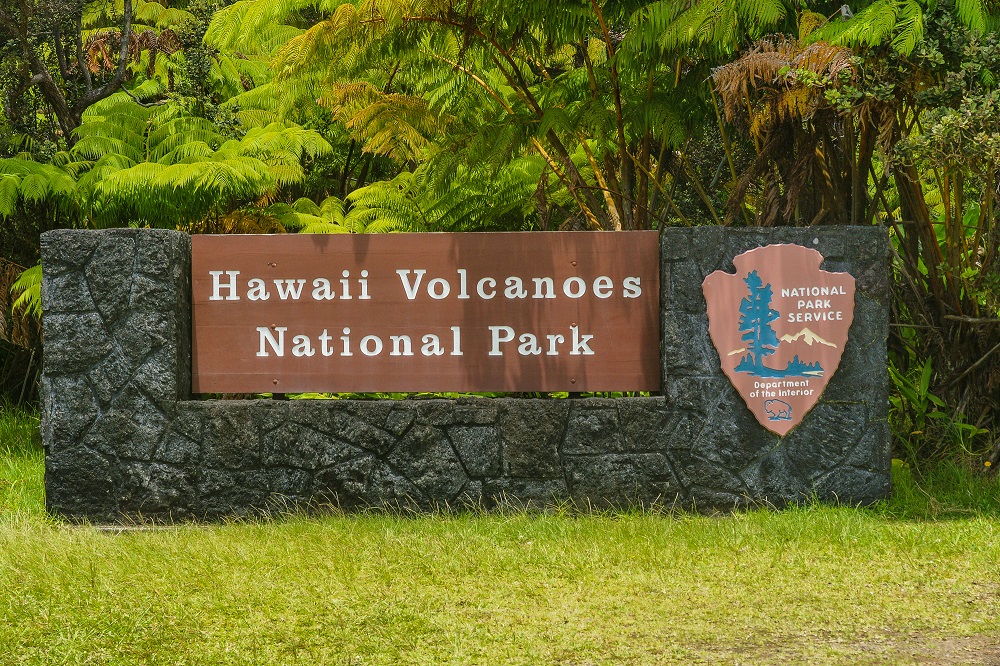 Halema’uma’u is a pit crater insider Kilauea Caldera. It doubled in size during 2018 during volcanic activity from the Kilauea volcano eruption. The crater has over many years contained an active lava lake. In 2019, a water pond was recorded there for the first time in history.

Kilauea Iki Trail is a four mile loop through a rain forest to the floor of the 1959 lava lake known as Kilauea Iki Crater that erupted in 1959. 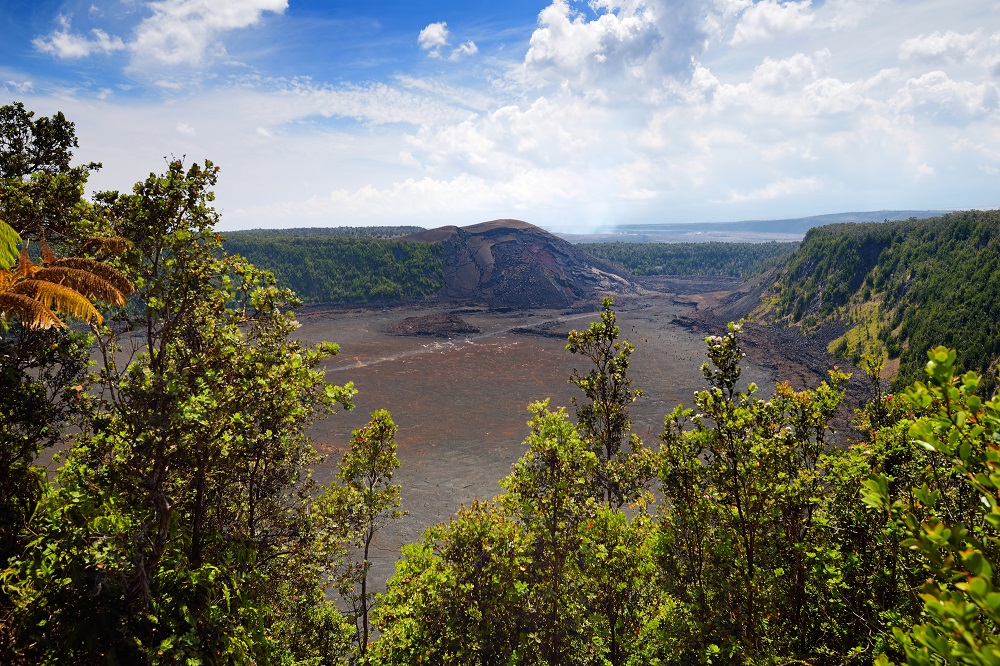 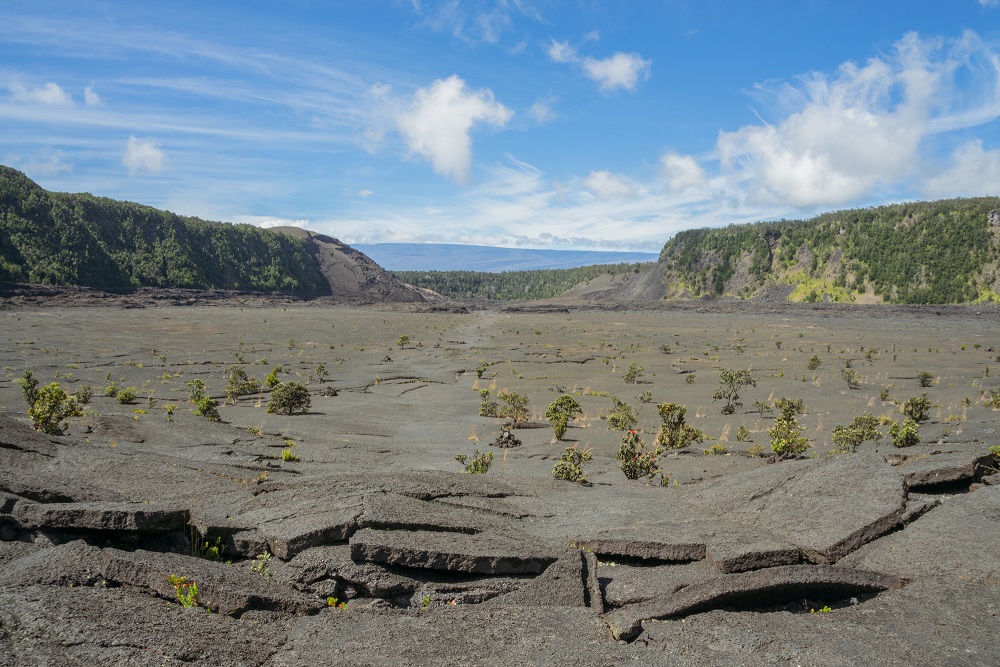 Sulpur Banks is a short loop trail beginning and ending at the Visitor Center which passes by geothermal volcanic features. 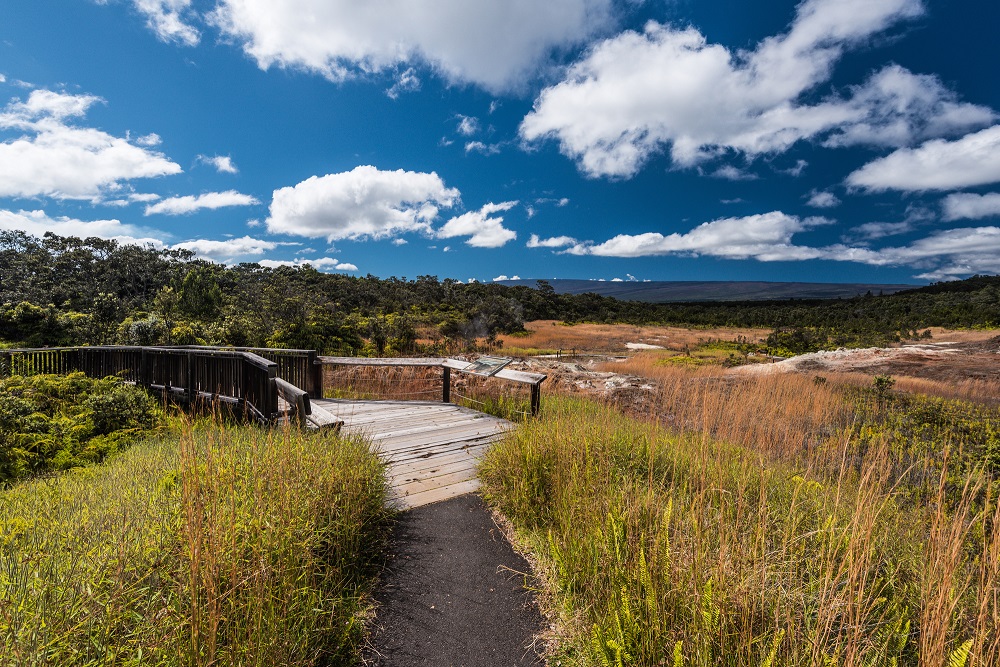 The Thurston Lava Tube is a 500 year old lava cave at an elevation of 3900 feet which formed by flowing lava that stopped long ago. 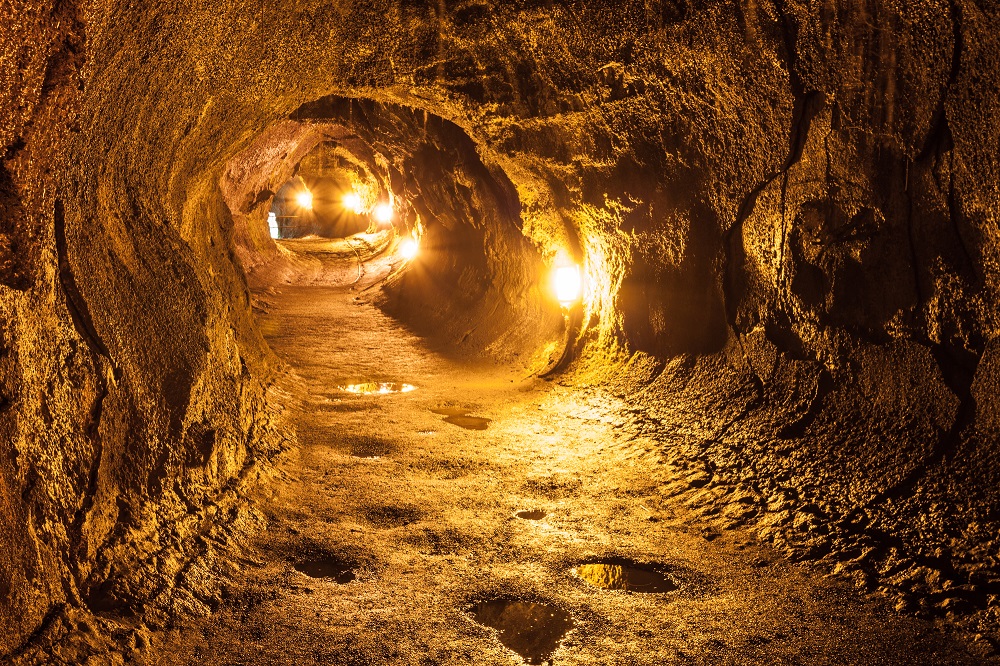 This is an 18.8 mile scenic drive from Crater Rim Drive to the coast near Holei Sea Arch with 10 stops along the way. 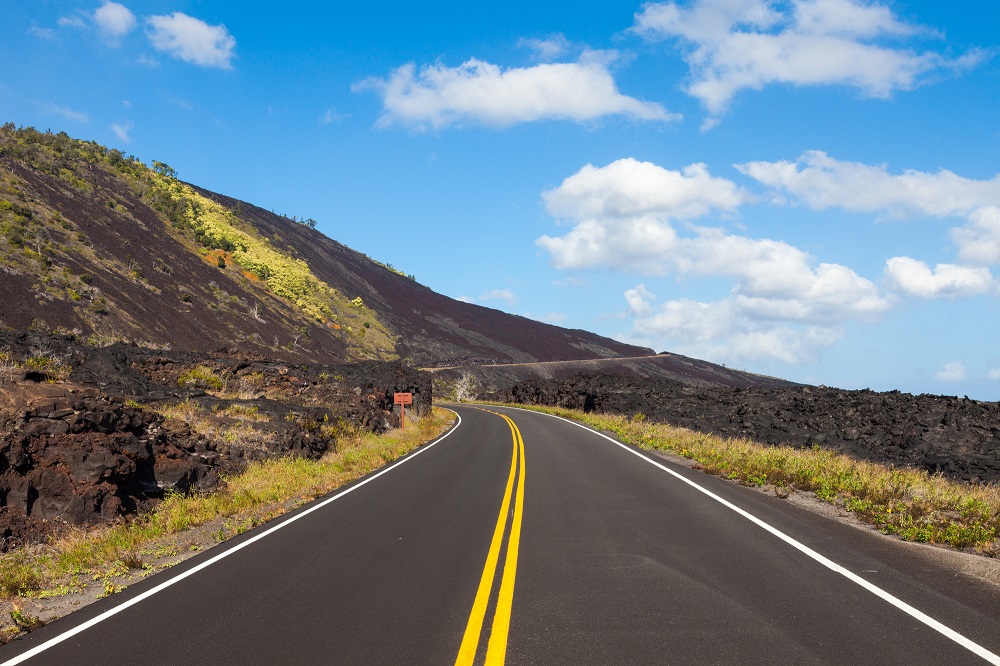 Pauahi Crater is approximately 2000 feet long, 300-500 feet deep and 300 feet wide. The present crater floor was formed in 1973 during an eruption. It is stop #3 on the drive, 3.3 miles from the beginning of Chain of Craters Road. There is a short boardwalk and small viewing platform. 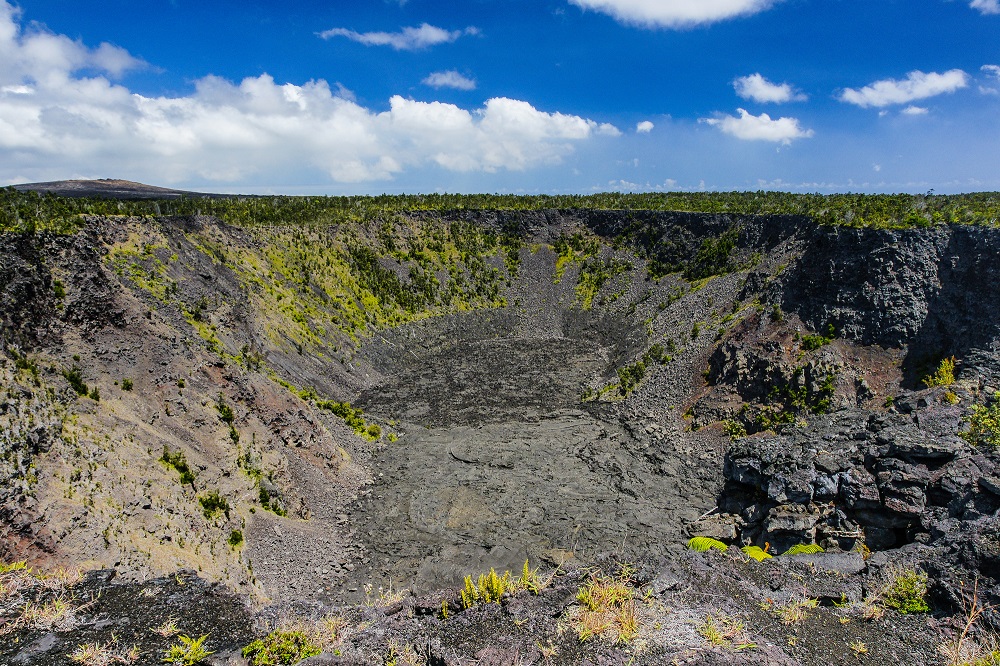 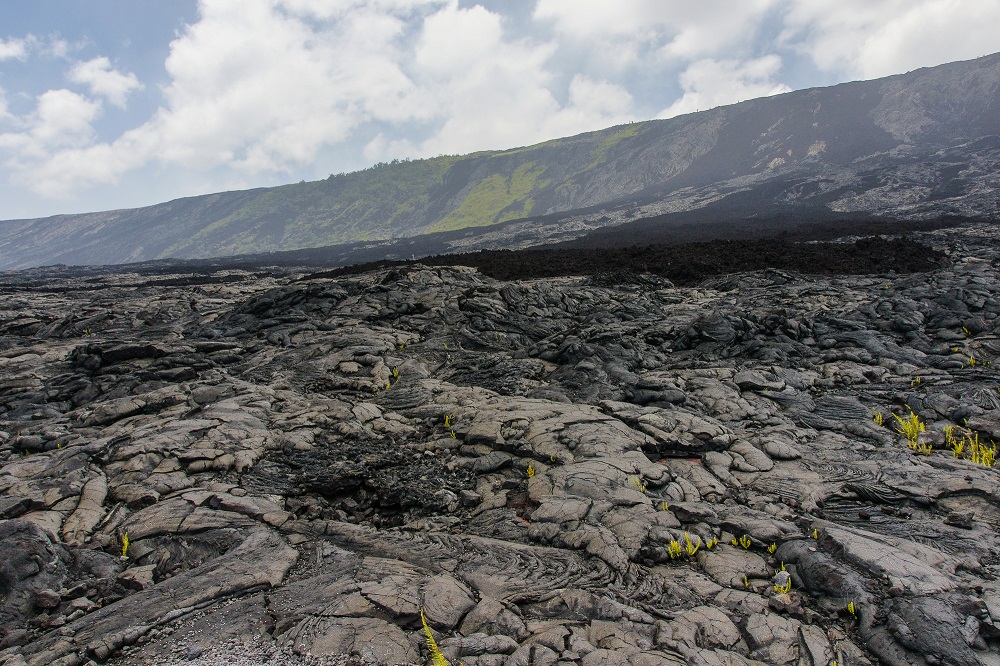 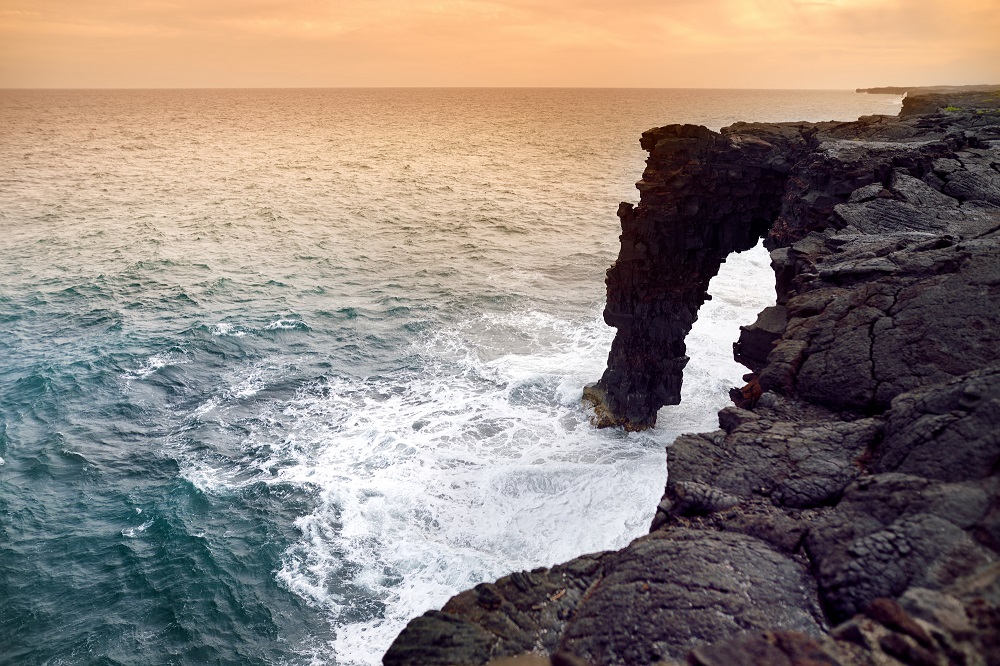 This section of the national park is located on the shoulder of Mauna Loa, one of the largest volcanoes on Earth. The park unit is about an hour drive from Kilauea Visitor Center. It is located on the former land of one of the biggest cattle ranches in Hawaii. There are a number of day hike options in the Kahuku Unit. 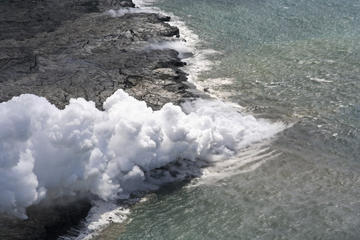 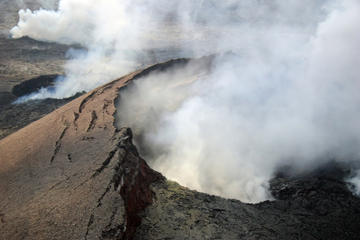 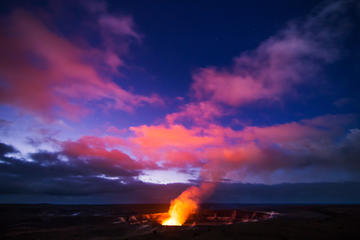 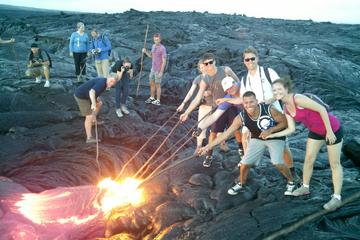 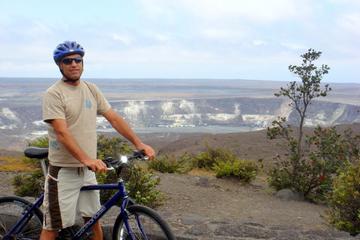 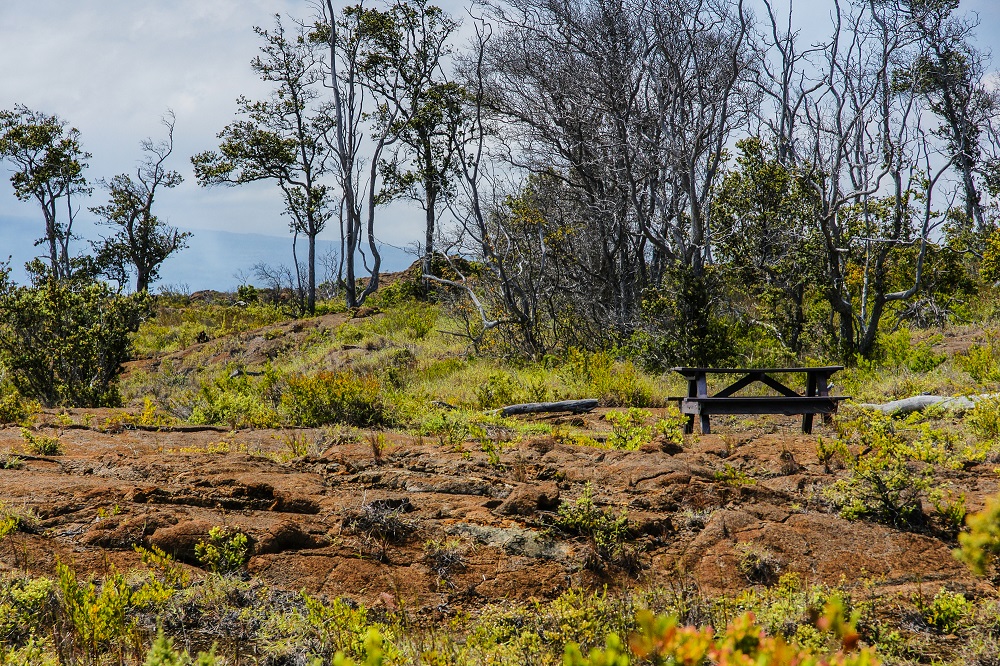