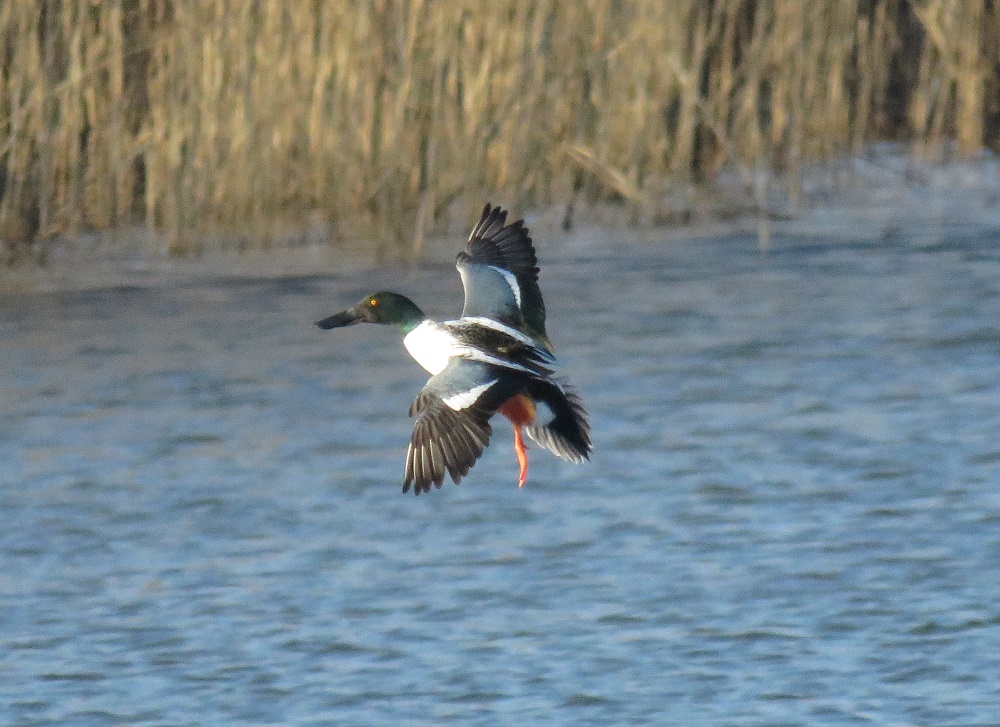 It was a beautiful March day in Philadelphia and John Heinz National Wildlife Refuge was full of people enjoying the weather on the trails. We made our way there on Sunday afternoon and picked up a few more waterfowl that we had been missing from our life list.

One of those birds was the bufflehead. I have been out on a few different trips this year with the hope of seeing this unique sea duck. However, it had escaped me until today. 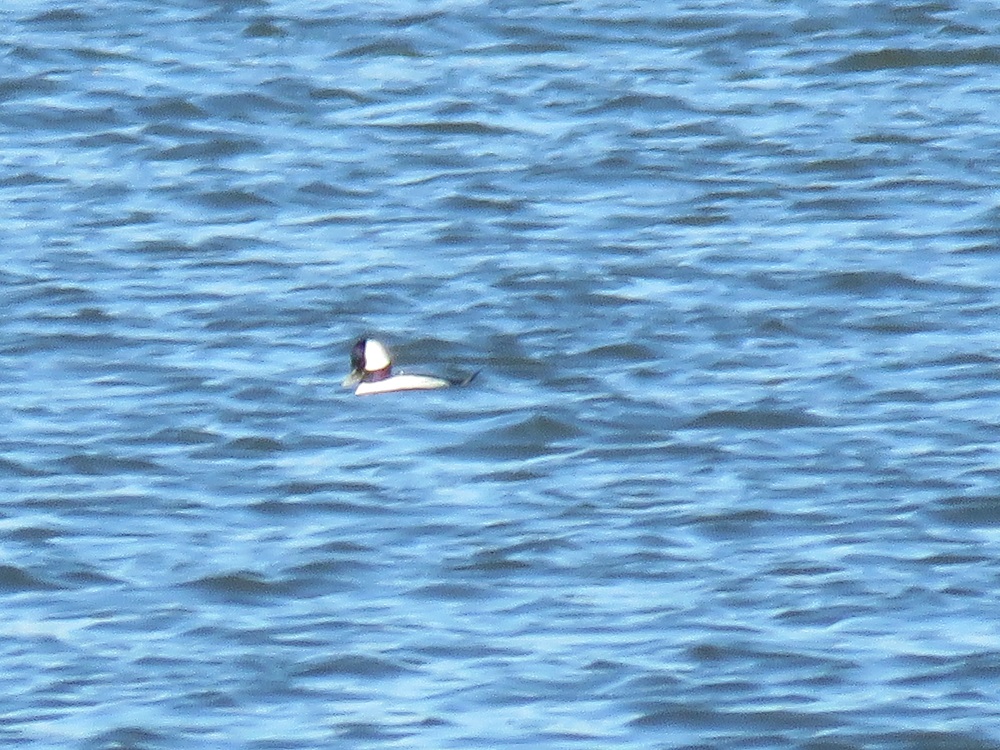 But I almost missed it again! We were at the two level observation platform when I spied the white head bobbing in the water. I checked it out in the camera with the telephoto lens and I thought it was actually a hooded merganser. It wasn’t until I reached home that I realized that I was mistaken and it was actually my first bufflehead.

We also saw several American coot. They look like ducks but are actually a part of a separate family. These were swimming and feeding when we saw them: 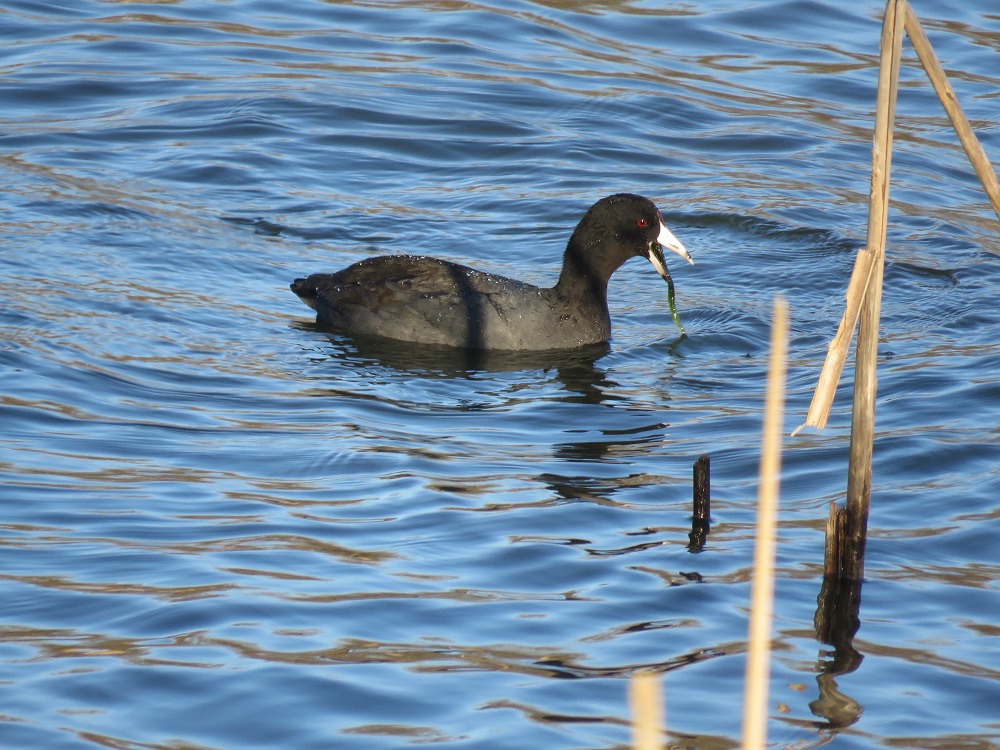 We also saw a group of waterfowl out in the middle of the impoundment which contained new birds for us. There is the colorful head of an American wigeon (below). I thought some of the other birds were lesser scaup but on second look now they are probably ring-necked ducks. You can see them in the photo below too: 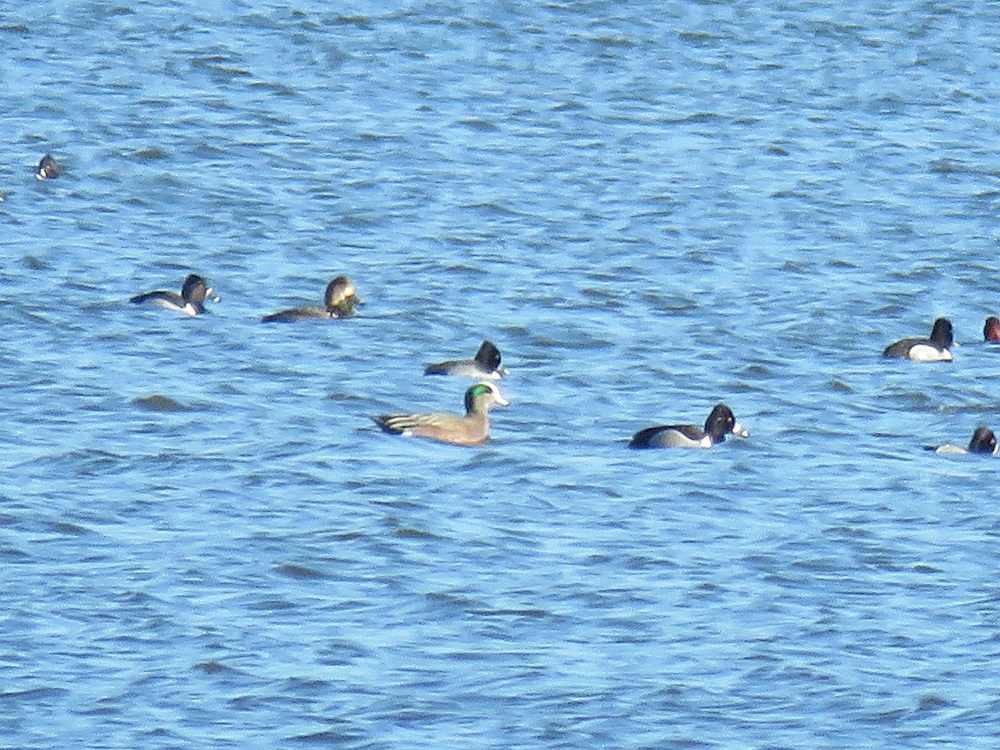 We also saw a redhead (below, with the blue beak) in the same grouping floating in the water: 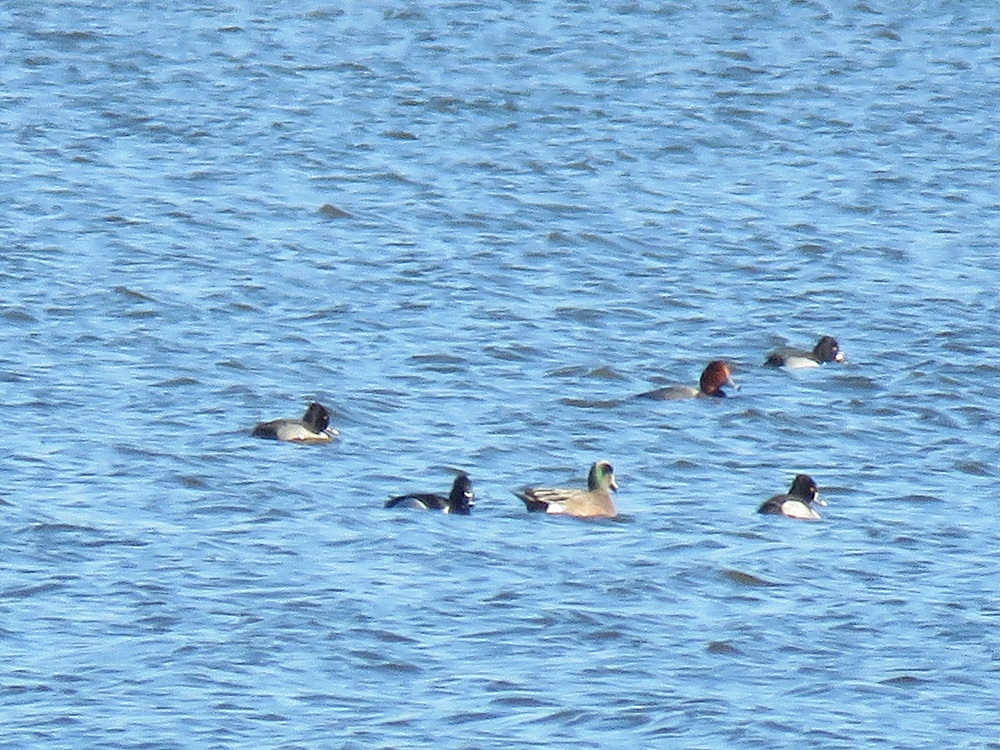 As the sun got lower in the sky, several groupings of northern shoveler flew in and landed near about a dozen mute swans. The best photo of them flying was above – the picture below with them floating in the water was much easier to get: 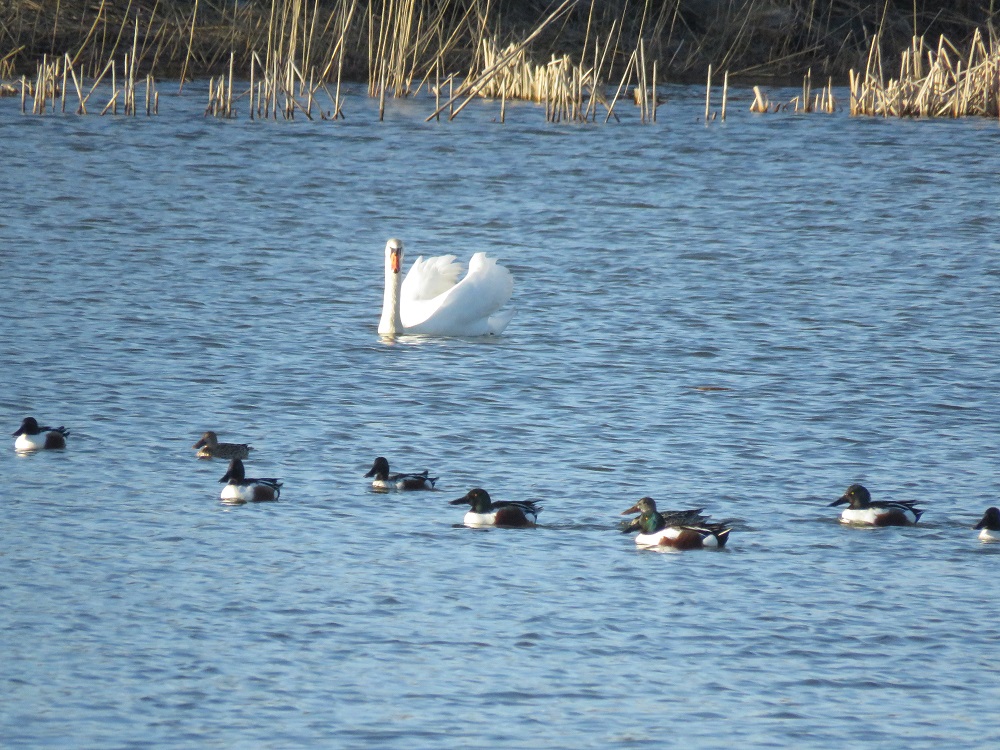 It was like the waterfowl were putting on a show at this point. This one flapped its wings several times as it lifted its body out of the water: 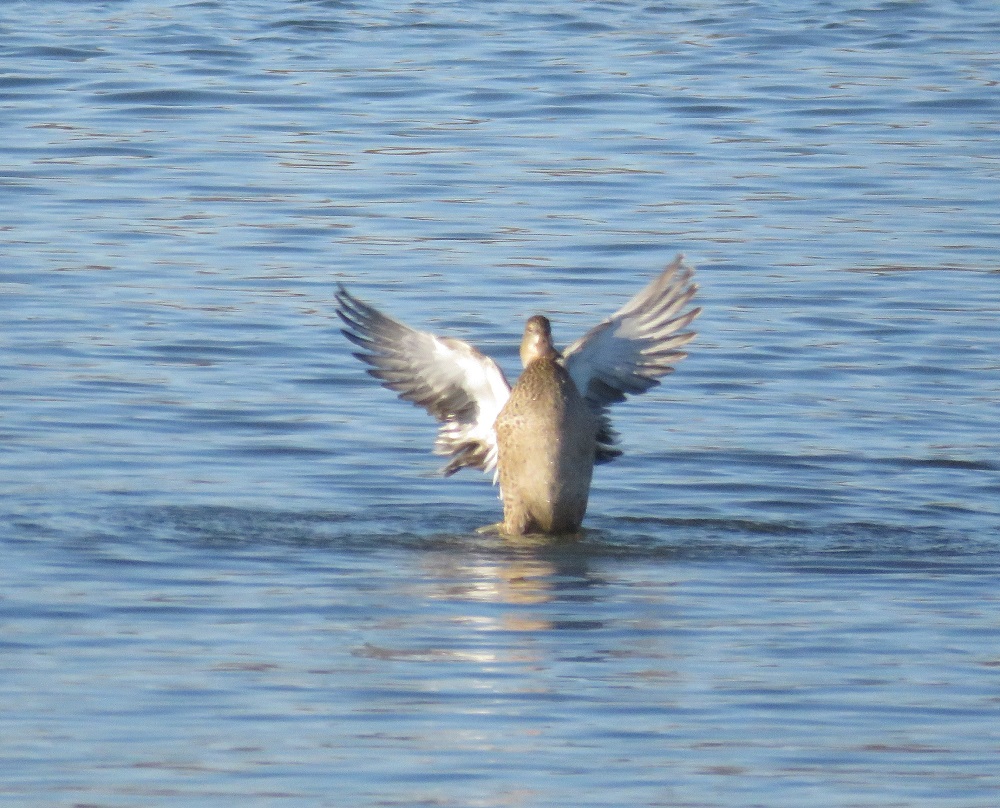 There were also a lot of gulls at the wildlife refuge today. At one point we were enjoying the solitude and I decided to take a few pictures of the gulls:

We saw a lot of turkey vultures this weekend too (as we usually do when we are either driving to birding or out birding), but we finally got a good photo of one flying on Sunday afternoon: 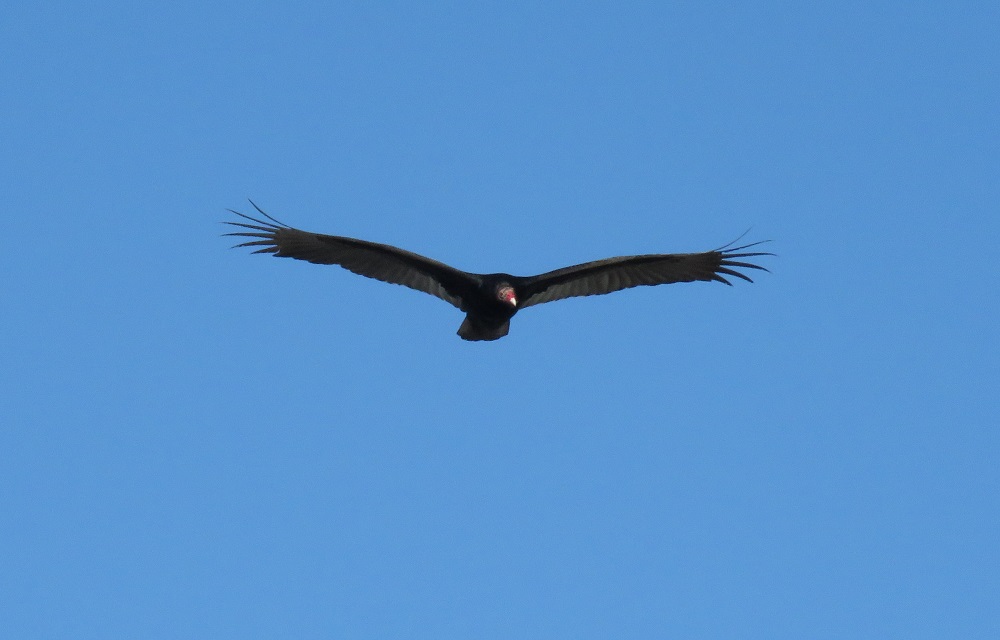 We may have been there for other birds, but we also managed to see an eastern phoebe and a carolina wren – both pictured below: 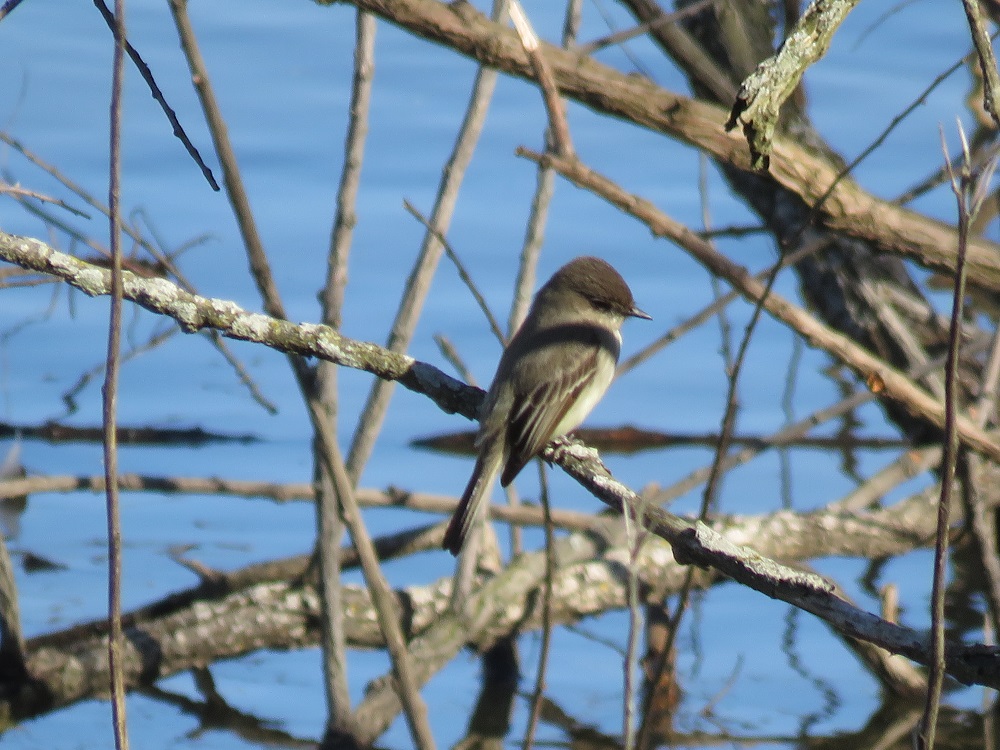 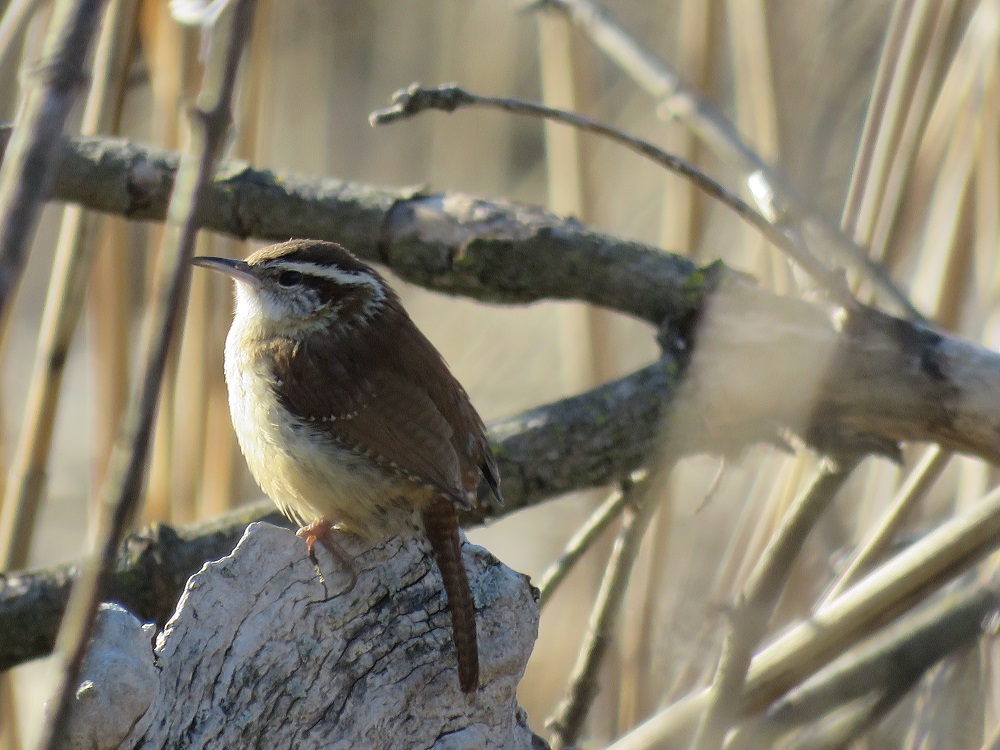 We are still working on our sparrow identification, but these two were too good to leave off of our bird photos from the day. Song sparrows? 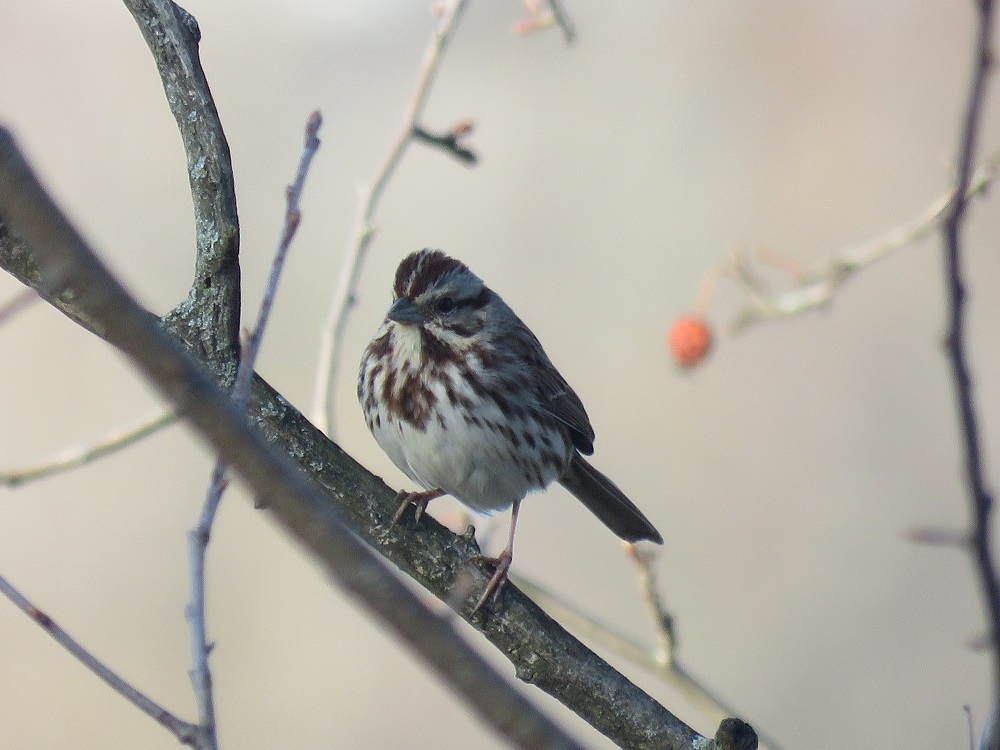 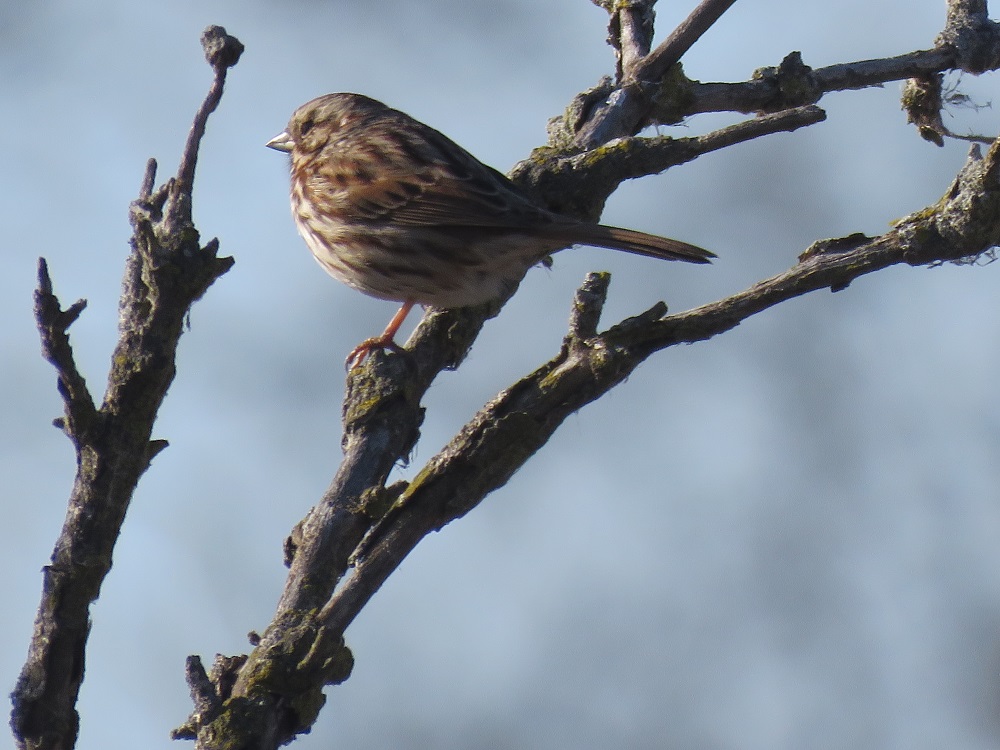 There was even a tufted titmouse that flew across the path into a tree right in front of us. There was a pretty high angle to the bird and the branch managed to partially block it from view, but you can see it in the photo: 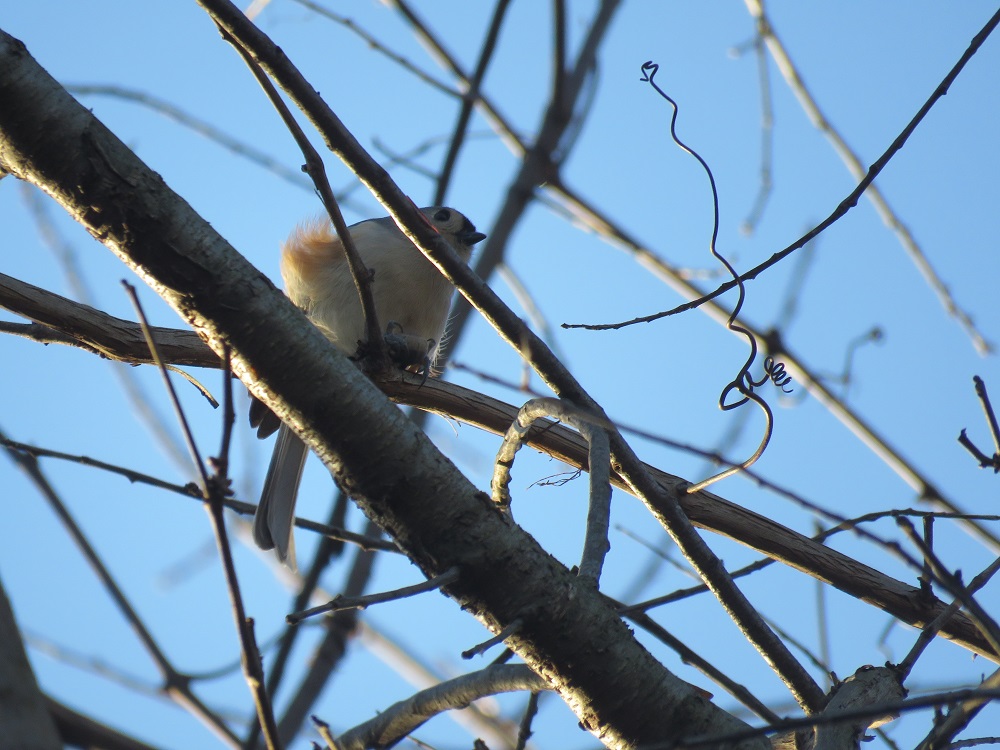 Since it was a beautiful day, I thought that we would end with a photograph of the classic bird of spring for us Michiganders: the American robin. 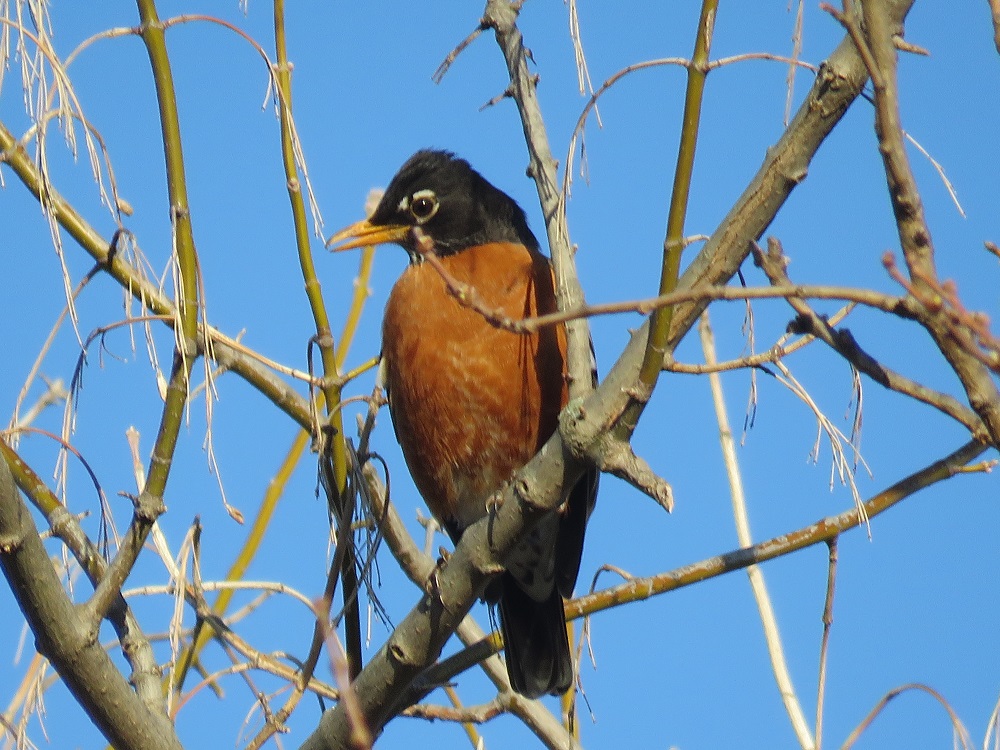