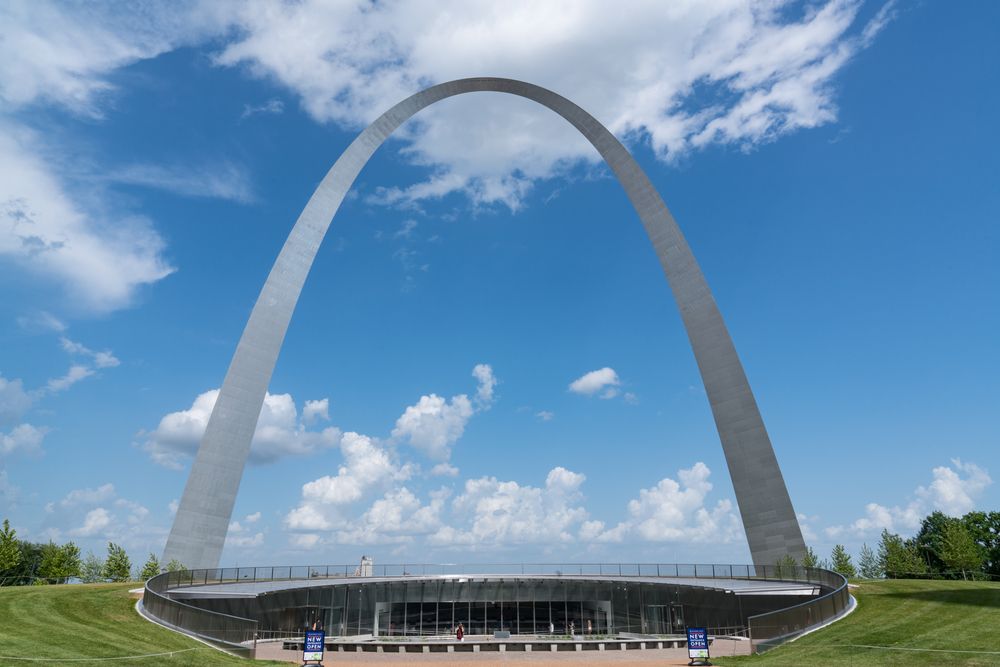 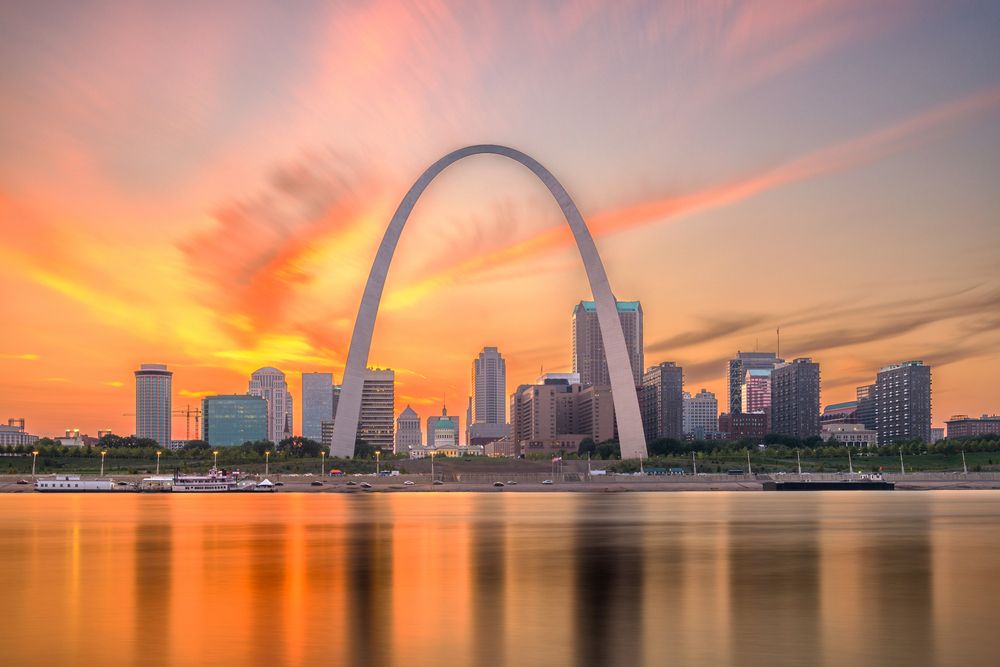 Jefferson Expansion National Memorial was designated as a memorial in 1935 by President Franklin D. Roosevelt. The location was pushed by Luther Ely Smith, who believed that the memorial for Jefferson should be in the Louisiana Purchase.

Eero Saarinen designed Gateway Arch. Saarinen was the winner of a national design competition in the 1940s with a first prize of $40,000. His plan was for the arch to use stainless steel on the inside and outside of the Arch. Saarinen is also known or designing Washington Dulles International Airport and the TWA Flight Center.

President Eisenhower signed the order to construct the Arch in 1954. Construction of the Arch began in 1963 and was completed in 1965. Forty blocks of St Louis were demolished to build the Arch and the surrounding park. The cost to build the Arch was approximately $13 million, which would be more than $100 million today when adjusted for inflation.

Gateway Arch honors Thomas Jefferson, who acquired most of the Western United States in the Louisiana purchase from the French government for $15 million in 1803. The land acquisition doubled the size of the United States, acquiring the land from the Mississippi to the Rocky Mountains from Canada to New Orleans.

The Mississippi is the longest river in North America with a length of nearly 2350 miles. It begins in Lake Itasca in north central Minnesota and travels south until it drains into the Gulf of Mexico in Louisiana.

Why is the Gateway Arch a National Park?

Gateway Arch is a 91 acre park that protects the Gateway to the West, an iconic symbol from the westward expansion of the United States in the 19th Century. It also contains

When did Gateway Arch become a National Park?

The Gateway Arch National Park Designation Act was adopted by Congress in 2018 and signed by the President on February 22, 2018. The St. Louis Gateway Arch Park, which had been a National Memorial since 1935, was dedicated as a national park on July 3, 2018.

Can you go up in the Gateway Arch?

Yes, you can go inside the Gateway Arch and up to the top. There is a tram ride to the Observation Deck of the Gateway Arch. The tour takes visitors up 630 feet to the top of America’s tallest human-made monument. The monument provides views to the east and west for up to 30 miles. The tram tour is not fully accessible to guests with impairments as wheelchairs, scooters and stollers are not permitted on the Observation Deck. There are also stairways in the St Louis Arch, but they are used by maintenance staff only.

How long does it take to visit the Gateway Arch?

The park includes the Gateway Arch, a museum, historic riverboats and the old courthouse where Dred Scott twice sued for his and his wife’s freedom, resulting in the famous Dred Scott decision by the U.S. Supreme Court. The tram tour takes approximately one hour so if your plan is just to do the Arch, you can plan for 2-3 hours. If you would like to tour the museum and the courthouse, or take a riverboat cruise, it will take more time.