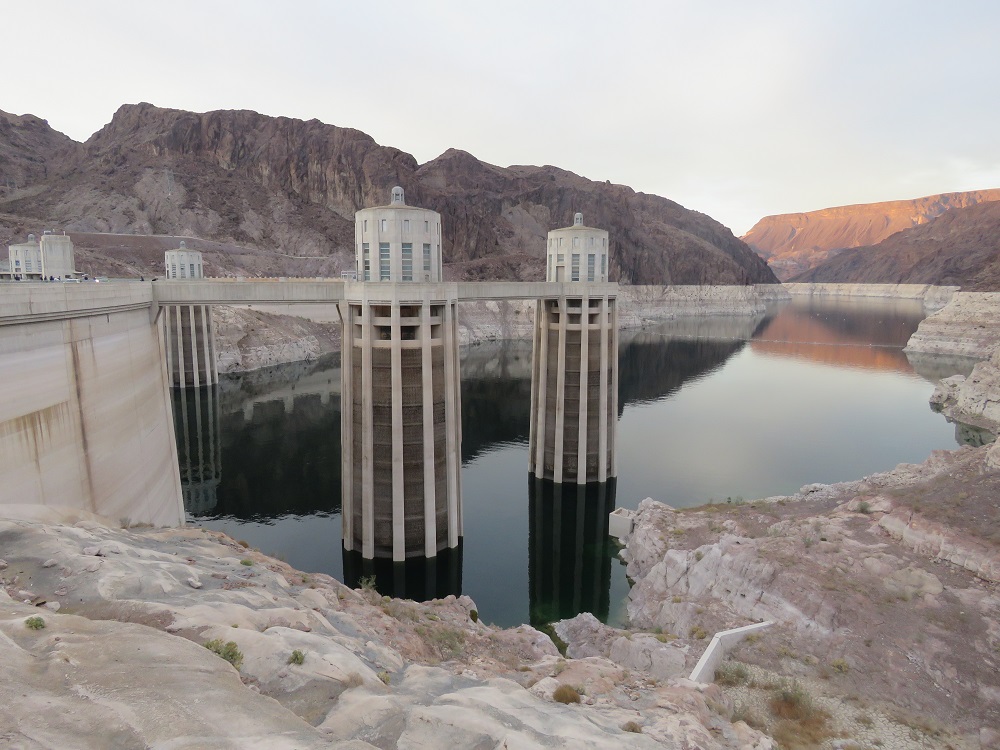 We had an extra day after a Las Vegas conference at the end of September to do some sightseeing and decided to make a quick road trip out of it to see the Grand Canyon. Since the Hoover Dam is on the way, and neither of us had ever been there, we also stopped there for some photos!

We picked up the rental car at the off-airport rental location in Las Vegas and headed toward Hoover Dam in the evening. The Hoover Dam is about 45 minutes from the Las Vegas airport, so we made it there before it was dark. The major thing that we noticed on the way there were the rows after rows of power lines between the city and Hoover Dam.

Shortly before the exit for Hoover Dam, there is the impressive Robert L. Mendenhall Scenic Overlook which provides a view of Lake Mead. 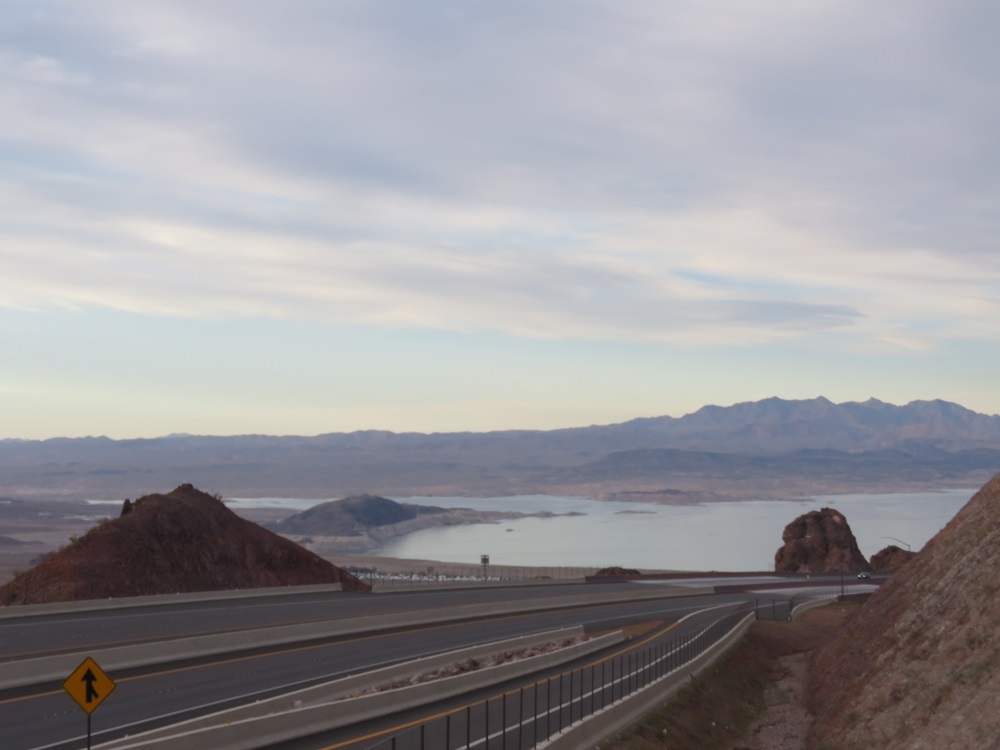 The highway exit coming from Las Vegas is about three miles away from the Hoover Dam. There is a short stop at a security checkpoint and then (absent sightseeing traffic) you are at the Hoover Dam pretty quickly. There is a parking garage and visitor center before you reach the dam, with the cost of parking in the garage is $10. 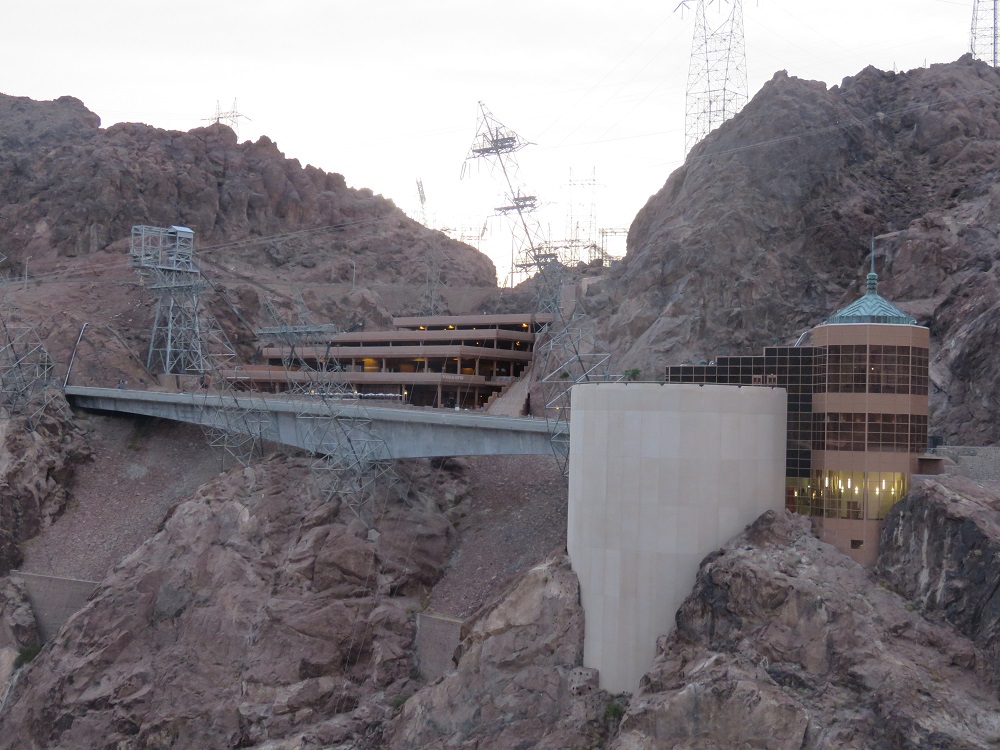 After parking, we walked back down to the dam to take pictures. One of the things that we noticed was how far below the high water marks the Lake Mead water level was at the time. The spillway (pictured below) which is necessary to divert water around the Hoover Dam during high water, has not been needed since 1983. 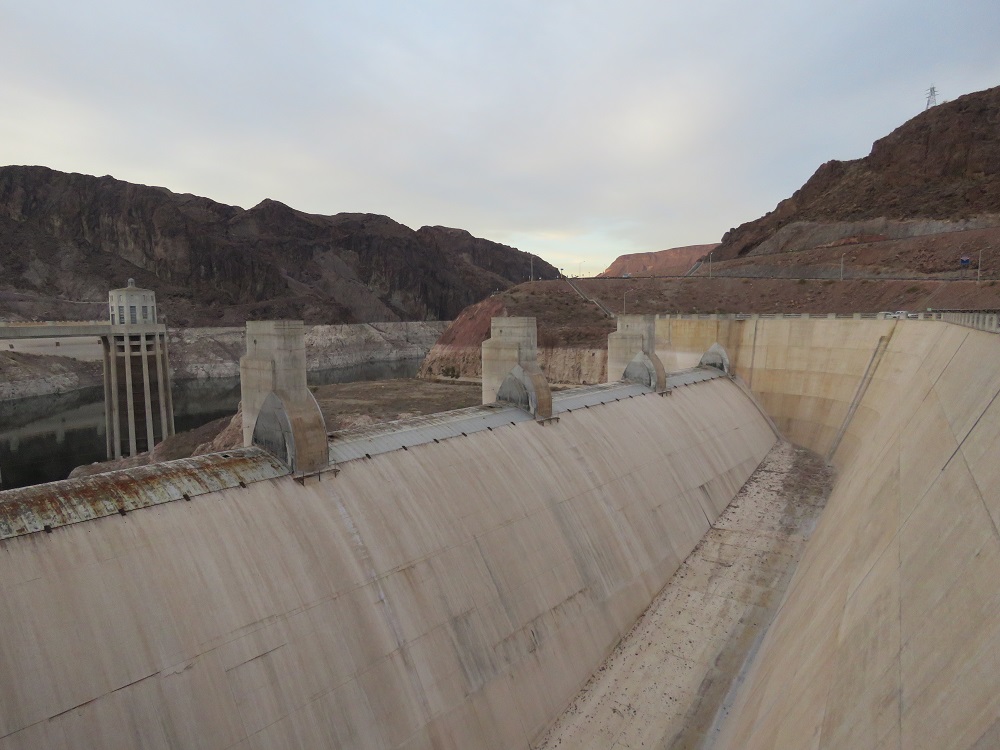 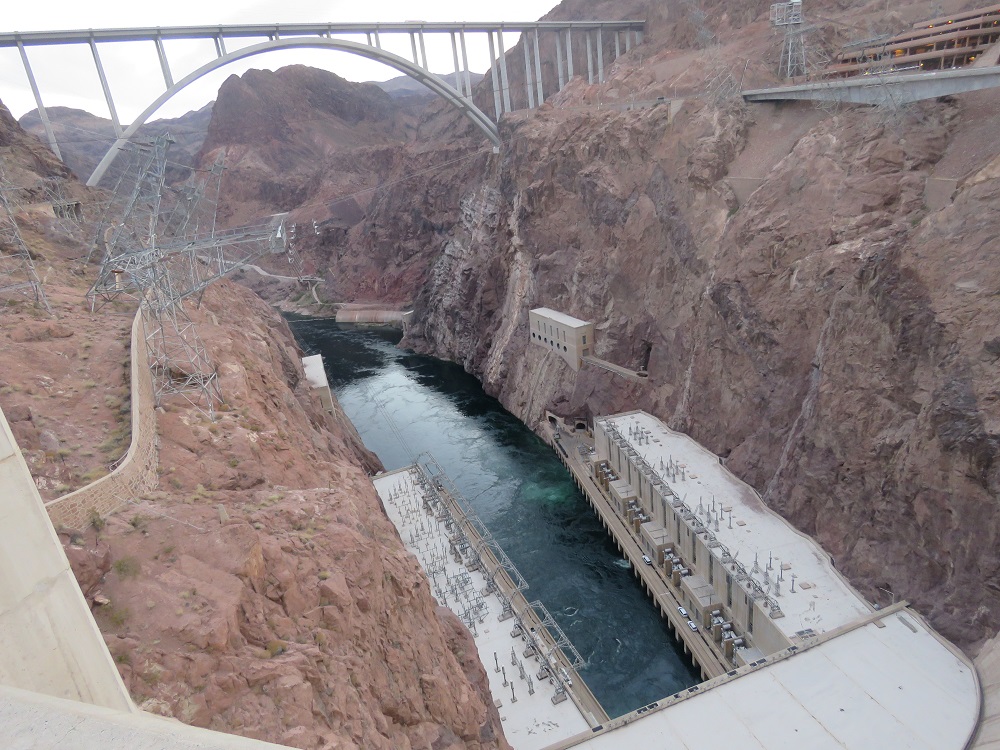 After you finish at the Hoover Dam, you can backtrack north from the dam to the highway to take it across the canyon – which is what we did – but it really was not worth it in our opinion due to limited visibility. There is also an entrance to and exit from the highway south of Hoover Dam.

Hoover Dam is a popular site for visitors, with around seven million people annually visiting and one million of them taking the Hoover Dam tour. 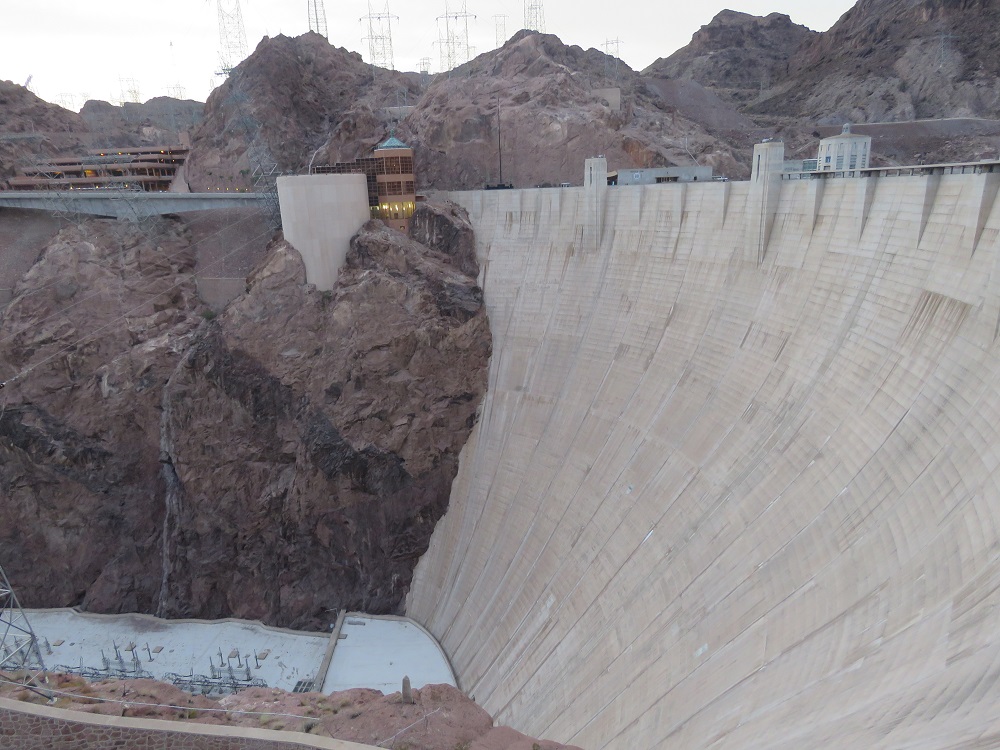 The Hoover Dam was constructed in the Black Canyon of the Colorado River during the Great Depression. It sits on the border between Nevada and Arizona and forms Lake Mead, which when full of water is the largest reservoir in the United States by volume. 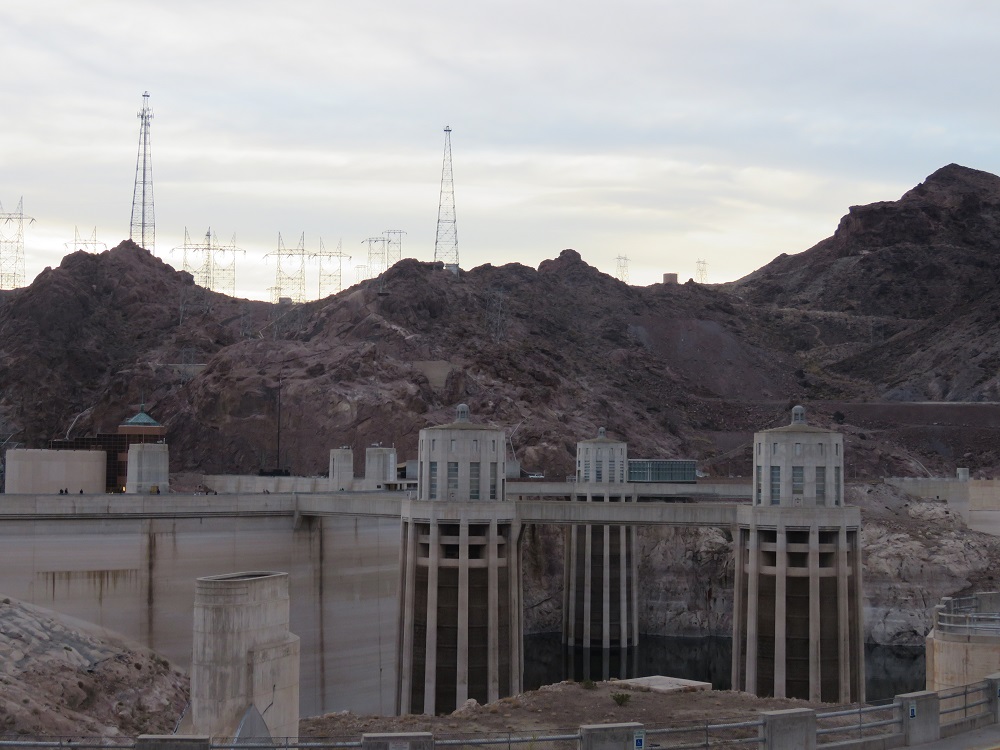 The sun set as we departed from the Hoover Dam to make the journey to the South Rim of the Grand Canyon. Our destination for the night was Tusayan, which is located about 15 minutes south of the Visitor Center at the South Rim. The Tusayan hotels offered more affordable accommodations then staying in the park. We arrived safely and turned in for the night with our alarms set for an early wake up in order to get to the Grand Canyon before sunrise.

In the morning, we made the quick drive to the Visitor Center parking area and then walked to Mather Point. We ended up walking along the rim rather than directly to Mather Point because Jayne simply could not wait to see the Grand Canyon any longer. It was her first time to see it in person and her excitement set the tone for the morning.

Our arrival at Mather Point was not early enough to get one of the premium spots along the railing so we settled in on the far side to watch the sun hit the canyon walls. It was beautiful to watch it light up the landscape. 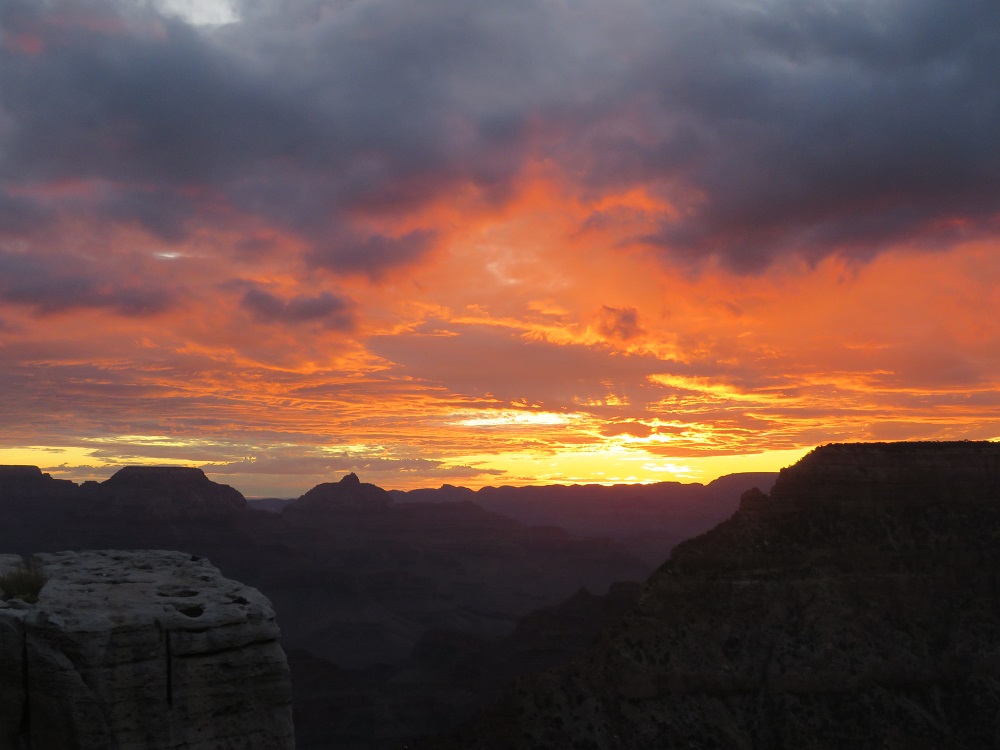 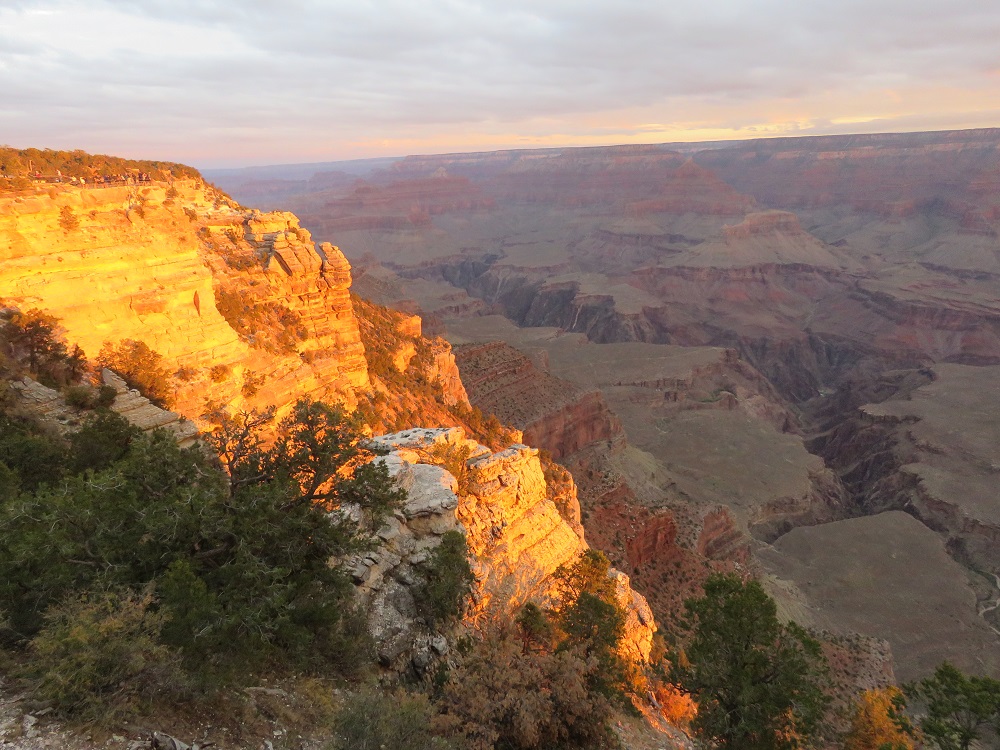 After the sun rose, we dashed back to the hotel to enjoy a bit more sleep, take a work call and have breakfast. We checked out and headed back to the park.

We checked out the visitor center and made the walk on the Rim Trail from Mather POint to Yavapai Point. We took photos for a while at Yavapai Point, and then headed back to the car to drive over to Grand Canyon Village.

On our way, we stopped at the Canyon Village General Store to do some souvenir shopping and ended up buying some Grand Canyon trail mix. 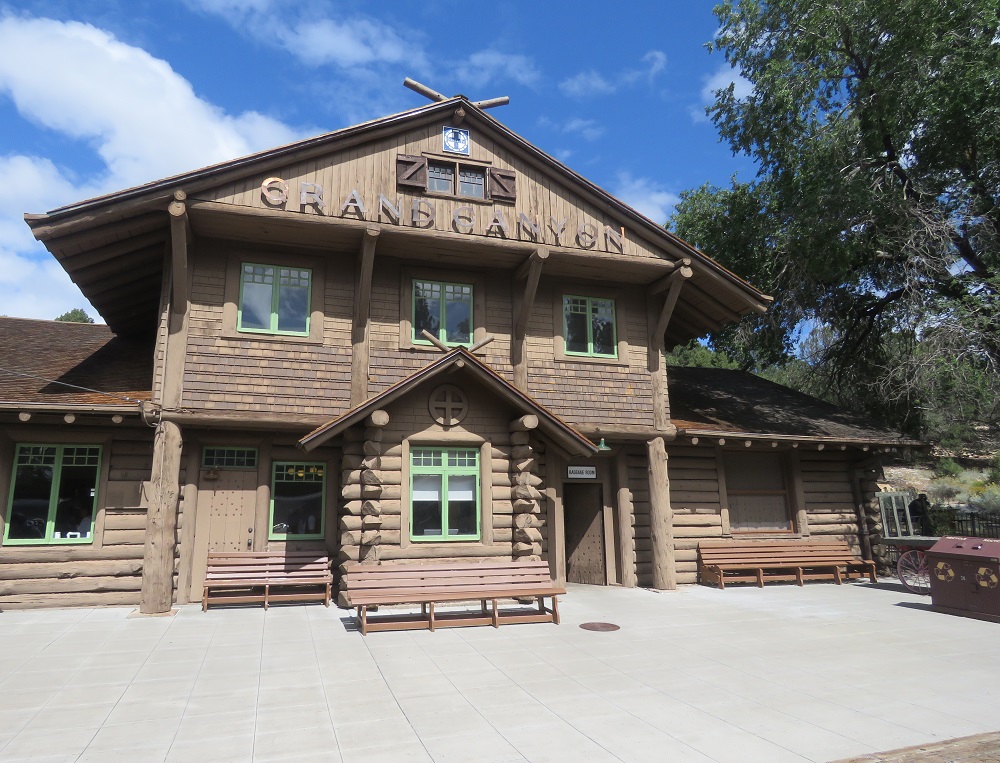 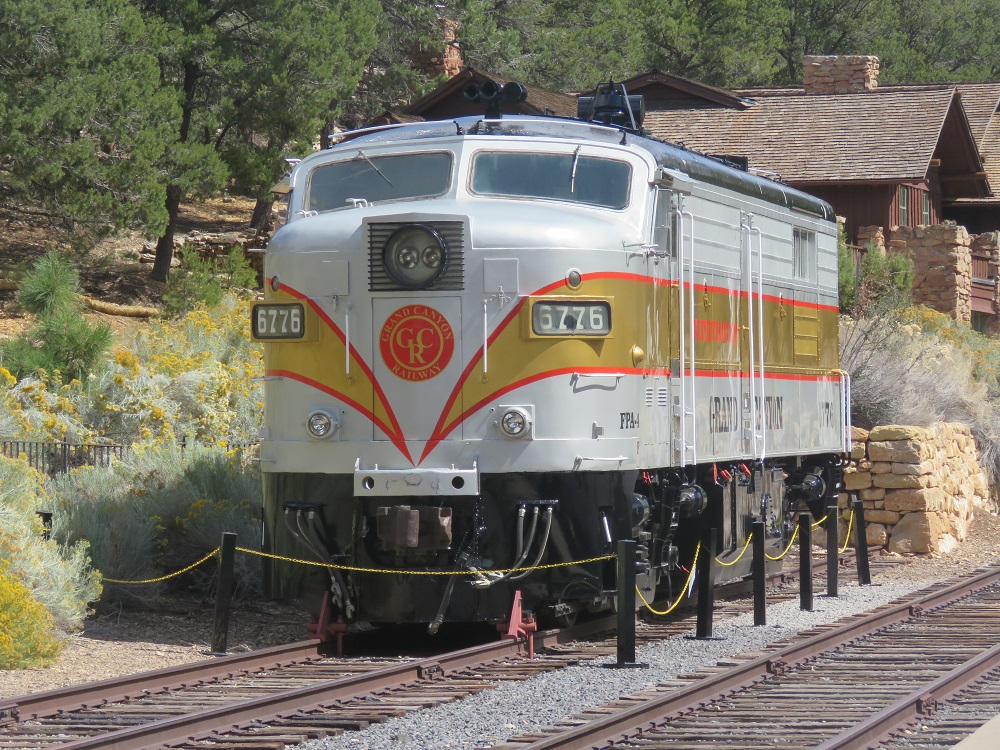 We worked our way along the canyon from El Tovar to Bright Angel Lodge, where we stopped for a quick snack lunch. We also encountered the squirrels here, which were not afraid of humans and we had to constantly guard our lunch from them while we were eating outside. 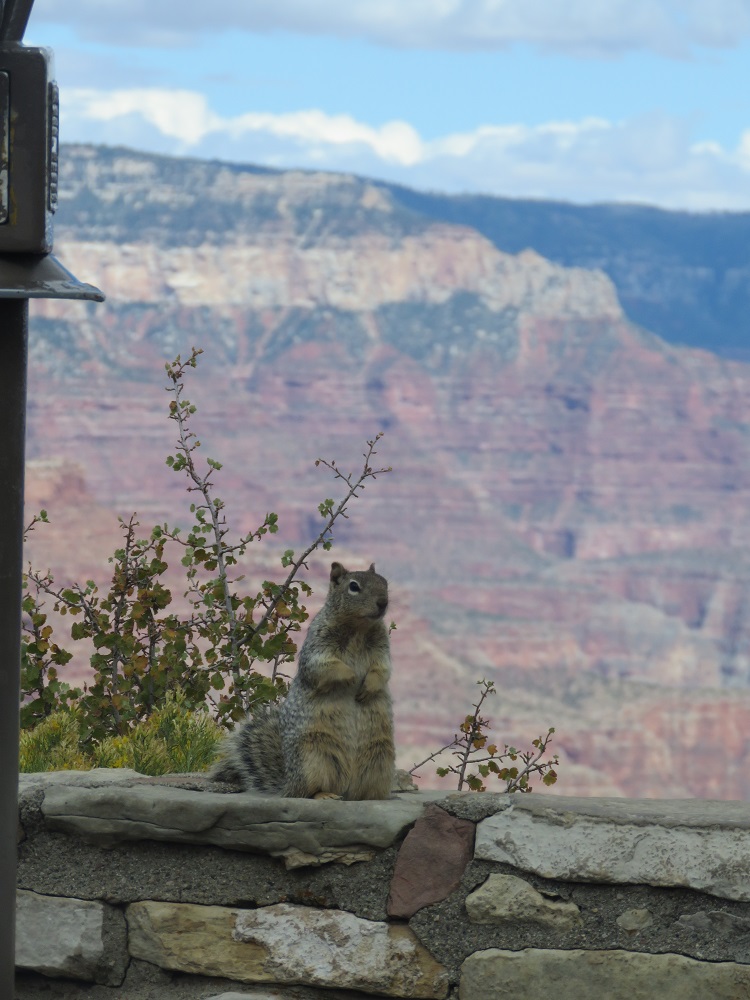 We were also looking for California condors here as it was a beautiful day and we were watching them (or maybe just turkey vultures?) fly back and forth. It is a beautiful landscape. 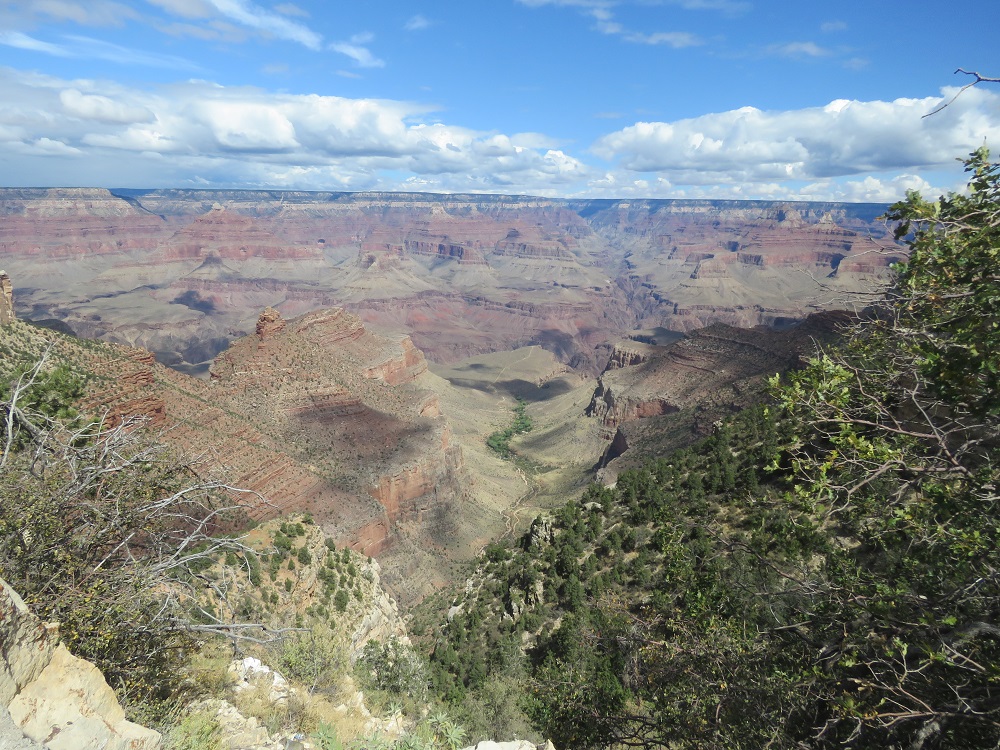 After lunch, we worked our way through Mary Colter’s Lookout Studio and the Kolb Studio. The Kolb Studio was located near the Bright Angel Trailhead, so we took a few photographs here as well. We both want to hike down to the canyon floor sometime. There was just not enough time to do so on this short one day trip over. 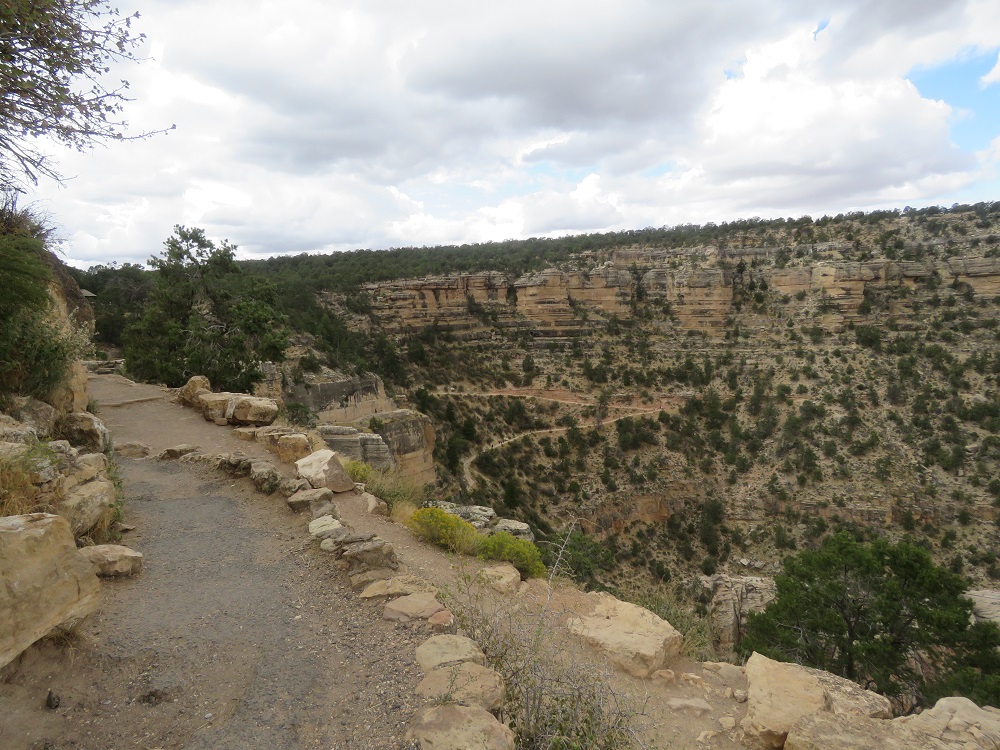 It was already early afternoon and we had a 4 hour trip back to Las Vegas to drop off the rental car and catch a flight, so we started walking back to the car. We did stop in El Tovar to check it out as well as the Hopi House, before getting in the car and beginning the drive out of the park.

Most of the trip was focused on seeing the canyon, but, in addition to the squirrels, we did manage to see some other Grand Canyon wildlife, including elk and take a few different photos of birds while we were there. 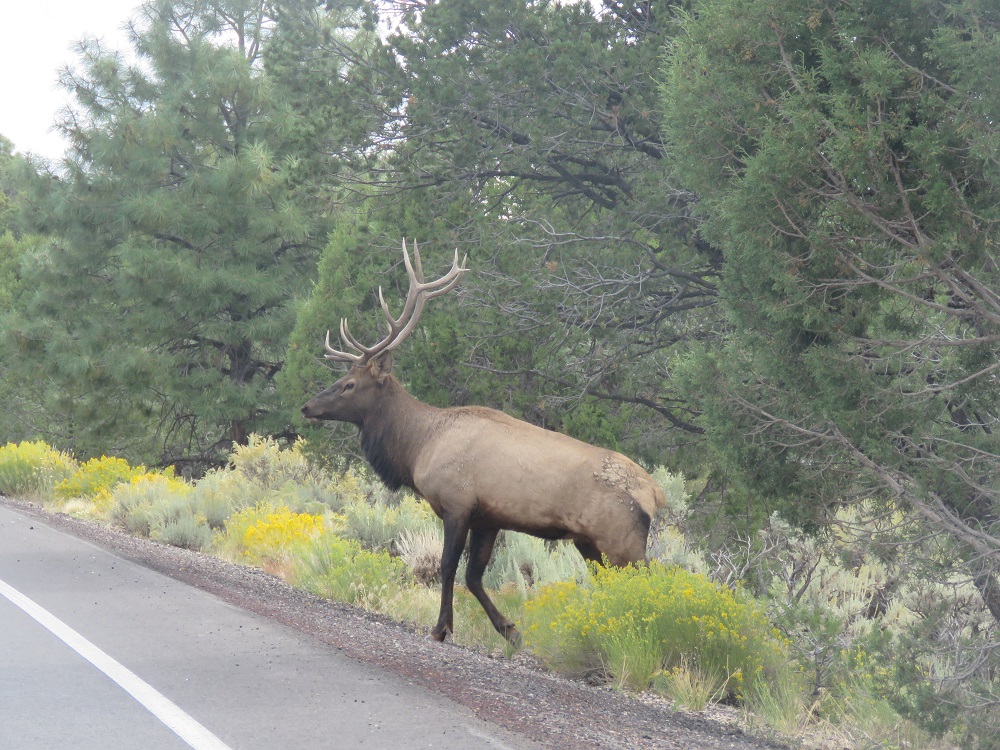 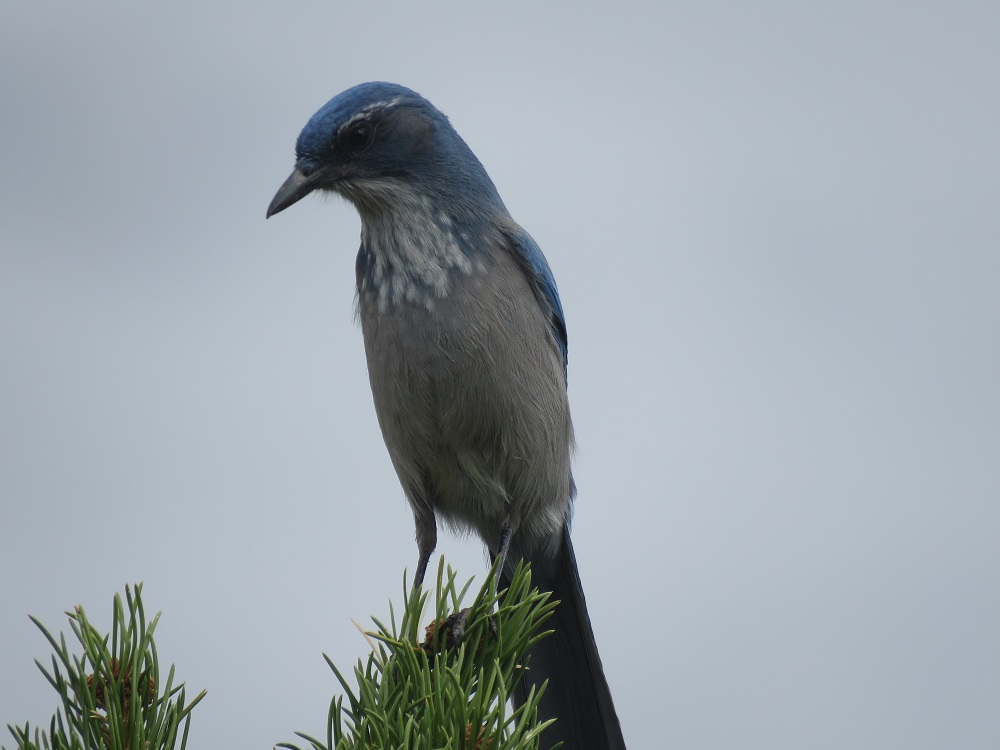 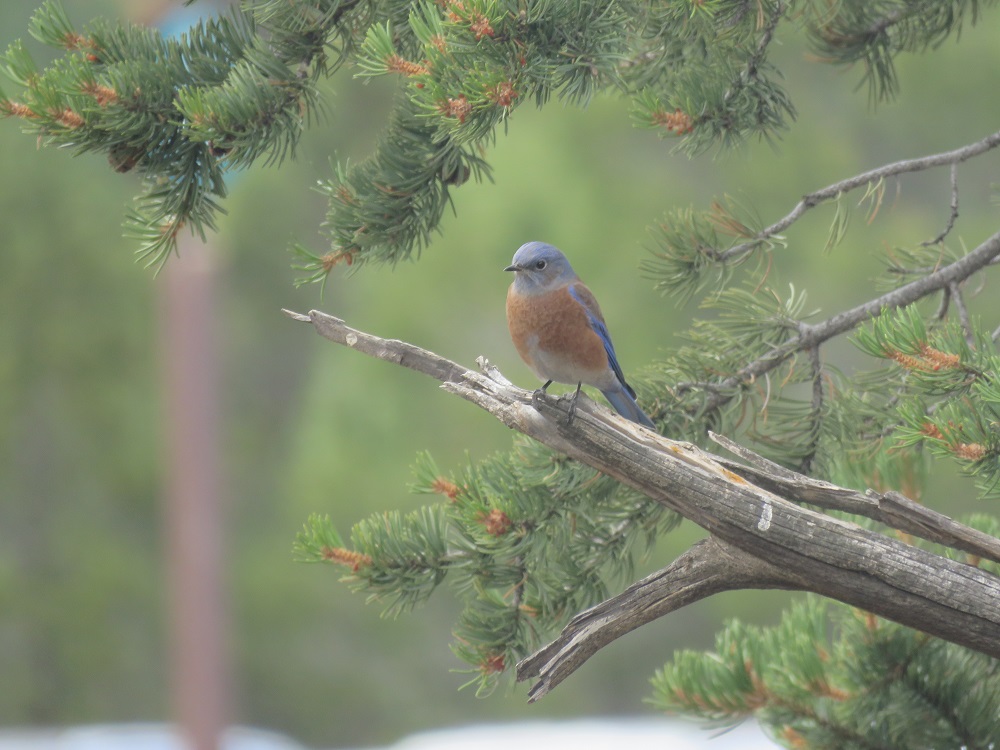 More to come including more photos!