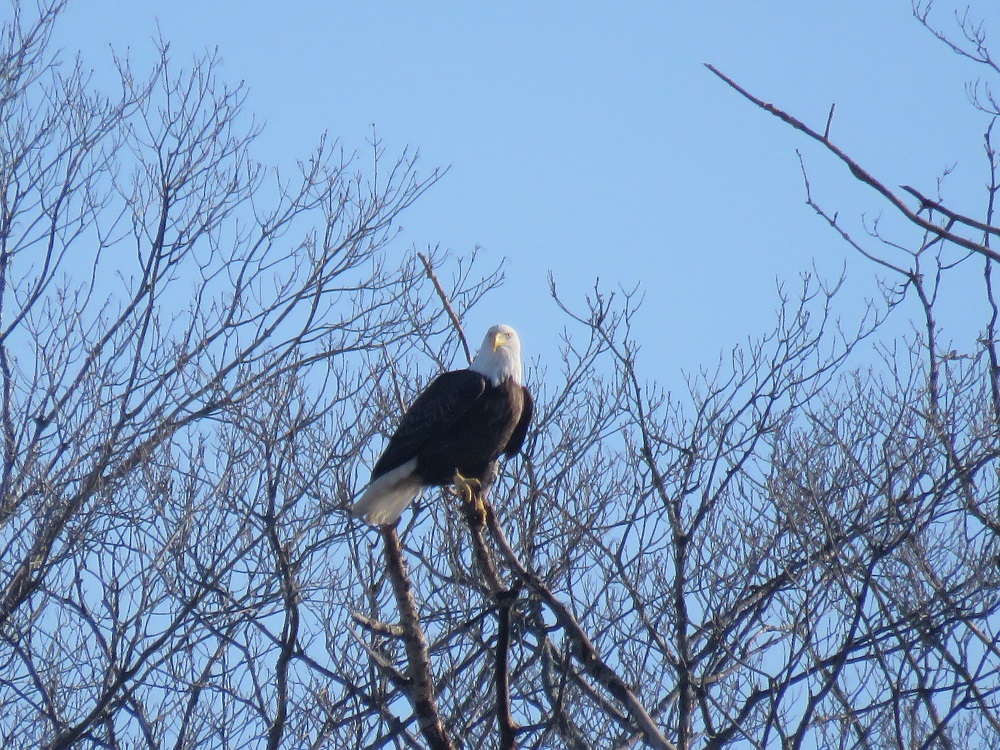 We took an hour in December 2019 to see and photograph bald eagles at the Dafter Dump in the Upper Peninsula of Michigan, not far from Sault Ste Marie. We went up north to visit family after Christmas and saw a report that there were 25 eagles spotted at the landfill the day before. So we made the short trip on Saturday morning!

In the past few years, we have spotted a number of bald eagles at national parks – including sightings in the Everglades, Acadia, and Grand Tetons National Park. However, we have never seen more than one bald eagle at a time. Dafter proved far different.

A few years ago when we went to the Soo in December, we were lucky enough to see four snowy owls around the Rudyard area. However, we did not manage to make that trip again this time due to time constraints.

The Dafter Sanitary Landfill is run by Waste Management on 12 Mile Road outside of Sault Saint Marie. If you are going, park at the office and check in. If you are walking around, you need to wear a safety vest which they will give to you. There was no cost to the visit.

We could see on walking up that there were lots of gulls and we quickly spotted the bald eagles flying over the landfill among them. There were a number of adult and immature birds. Jayne quickly grabbed the camera and started taking pictures, even as we were walking up. We were pretty far from them above the top of the landfill, but they were within reach of the telephoto lens on our Canon SX60. 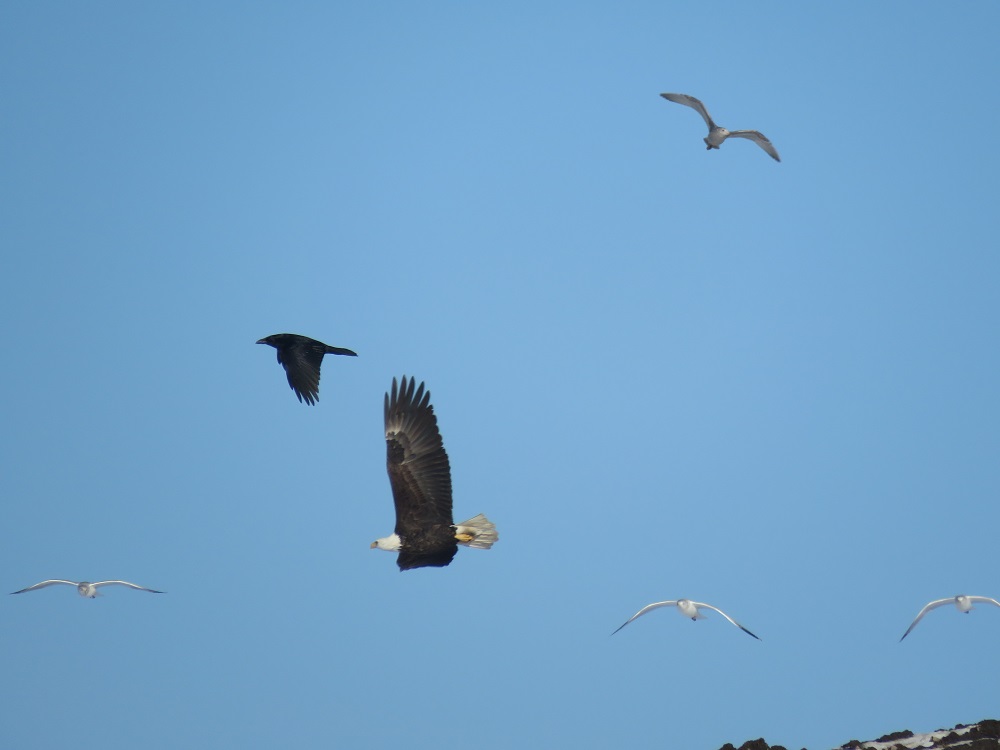 We never stopped to count precisely how many bald eagles we saw – the report the day before said there were 25 and the landfill employee at the check-in said they usually have about a dozen.

They eventually landed in some large trees on the edge of the property. That is how Jayne got the featured photo of the solitary bald eagle as well as the photo below with three in the same tree. 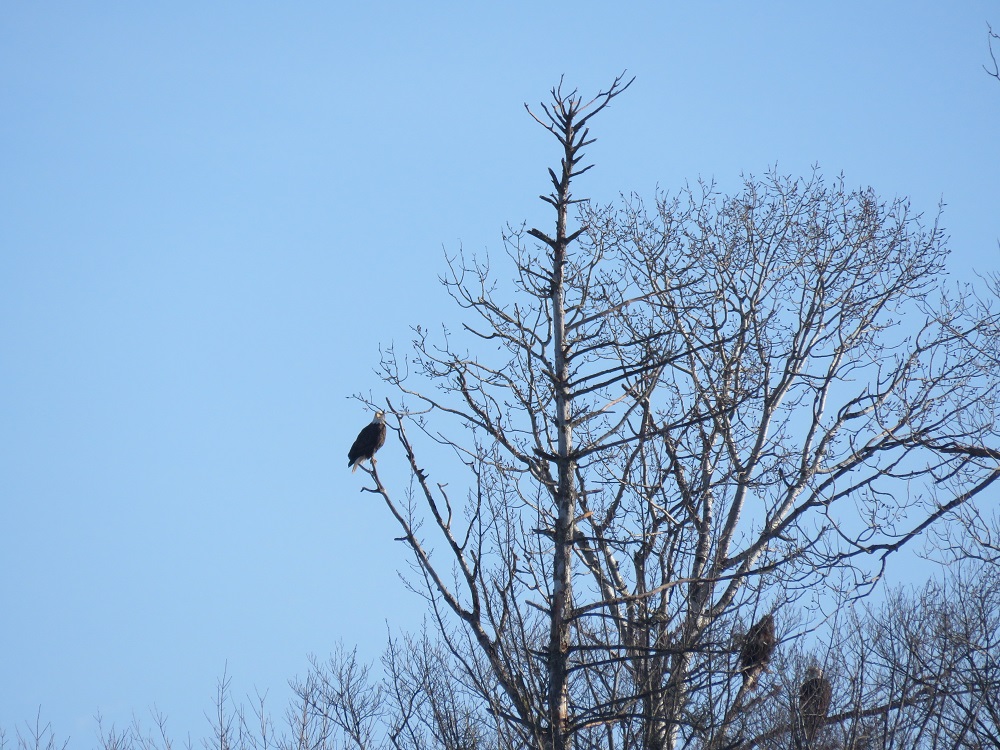 Jayne managed to get a few great action shots of the birds. 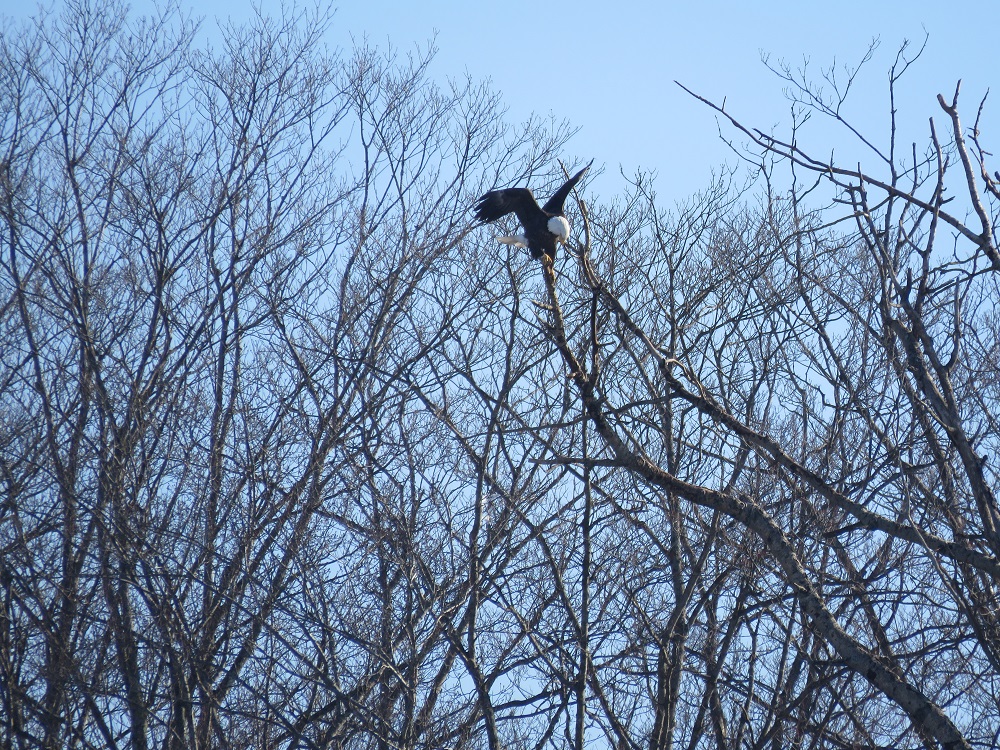 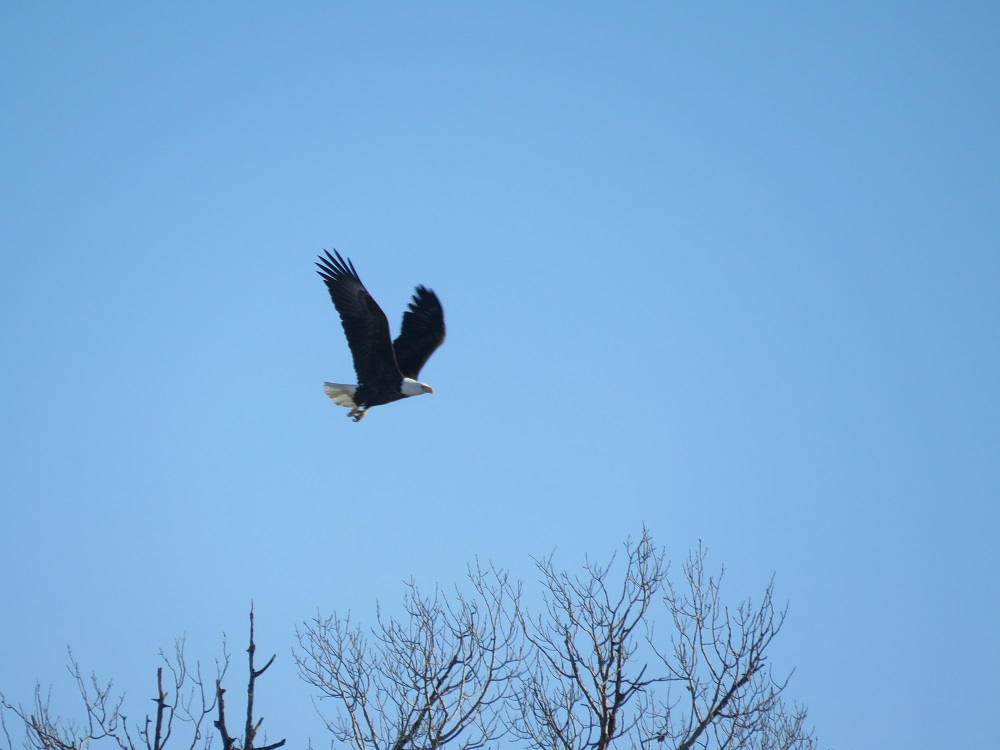 At one point we saw a bald eagle land on the top of the garbage heap. We took a few pictures, but it did not seem appropriate for this icon of the United States which has been on the national emblem since 1782.

We were so pleased to have seen so many eagles in one place that we gave each other a high five on the way out and headed home to finish the day off with our family.

Here are a few of the other photos taken of eagles soaring that day: 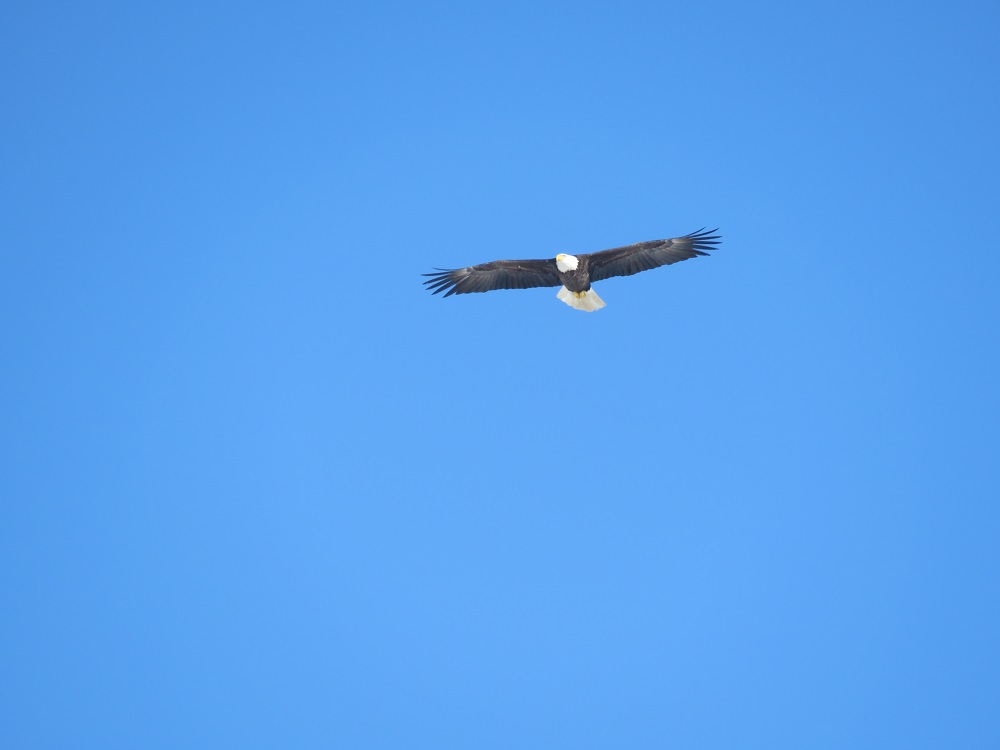 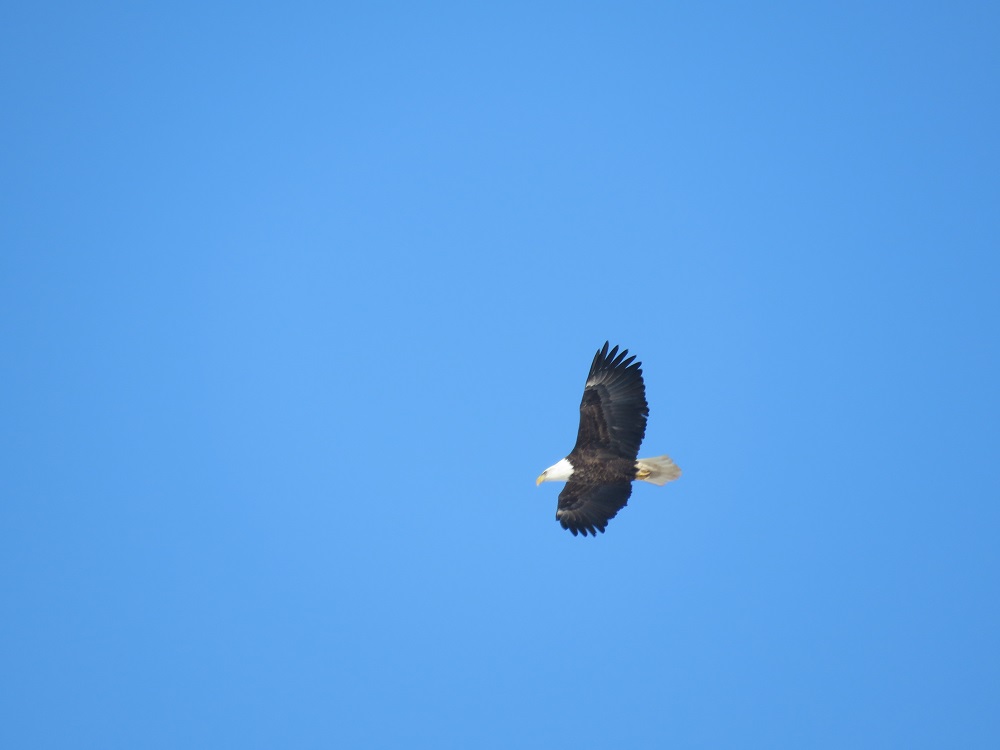 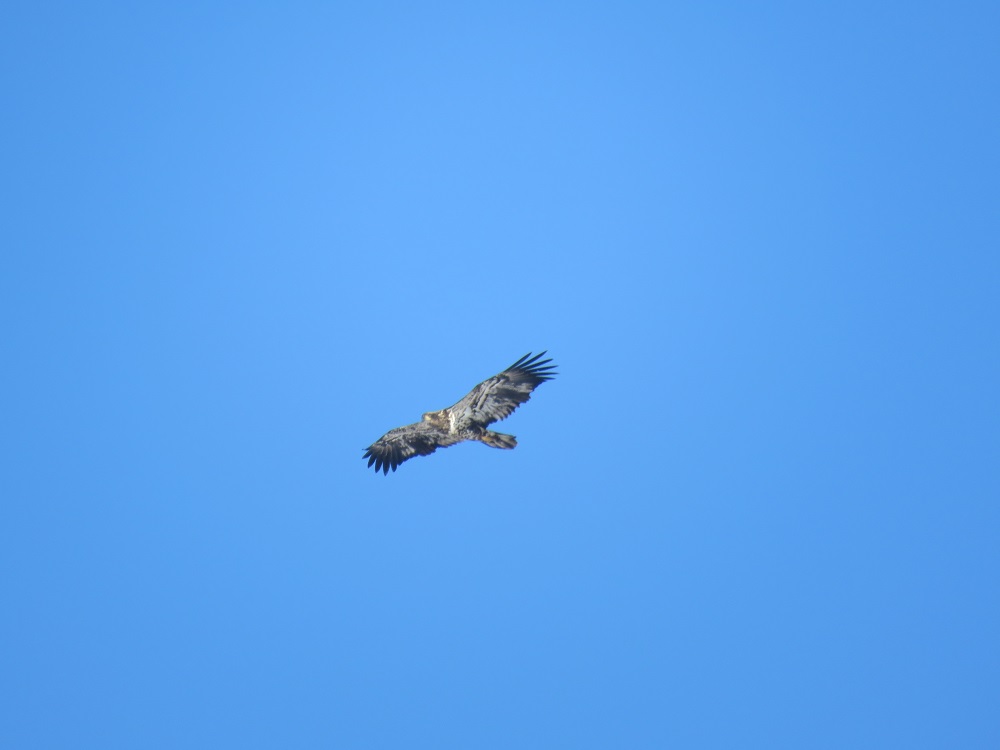