We made our first trip down to John Heinz National Wildlife Refuge for a walk and some bird photography this weekend. John Heinz NWR is the nation’s first urban refuge, established in 1972 to protect Pennsylvania’s largest remaining freshwater tidal marsh, Tinicum Marsh. It is located in Southwest Philadelphia near the Philadelphia airport.

We have passed by the refuge hundreds of times over the years and realized a few weeks ago that it is the top spot in the Philadelphia area on eBird. After delaying a day due to a rainy Saturday, we grabbed our Canon camera and our national park passport book and headed down. After a quick stop at the visitor center, we headed out on the trails. It was a beautiful day when the sun was out, but a little chilly when it was behind the clouds or the wind picked up. 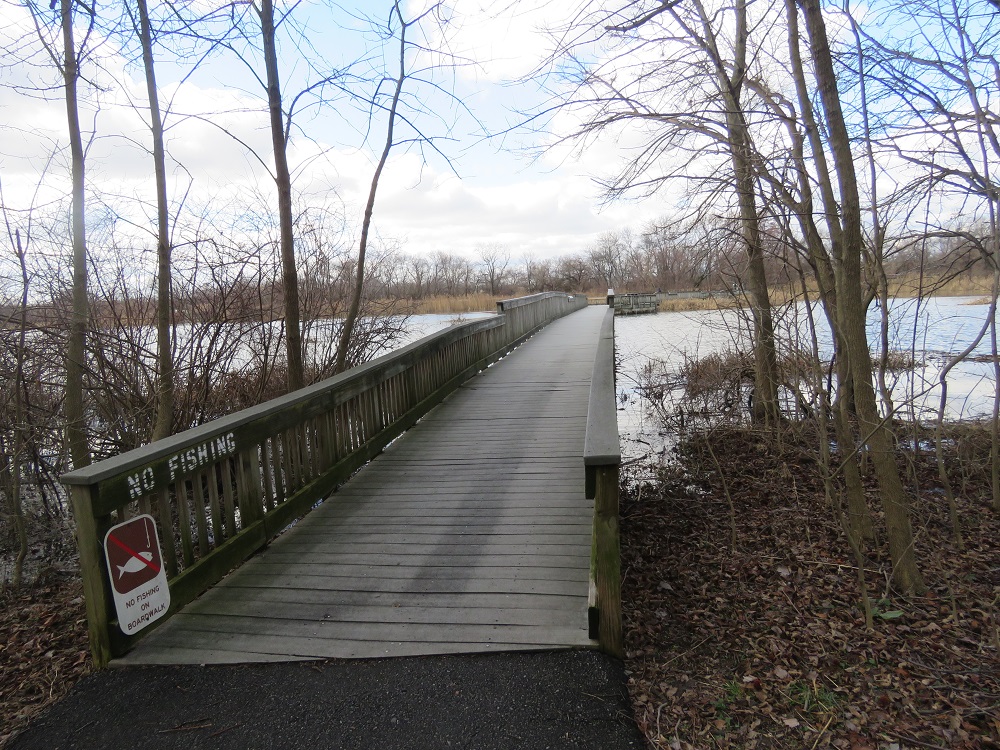 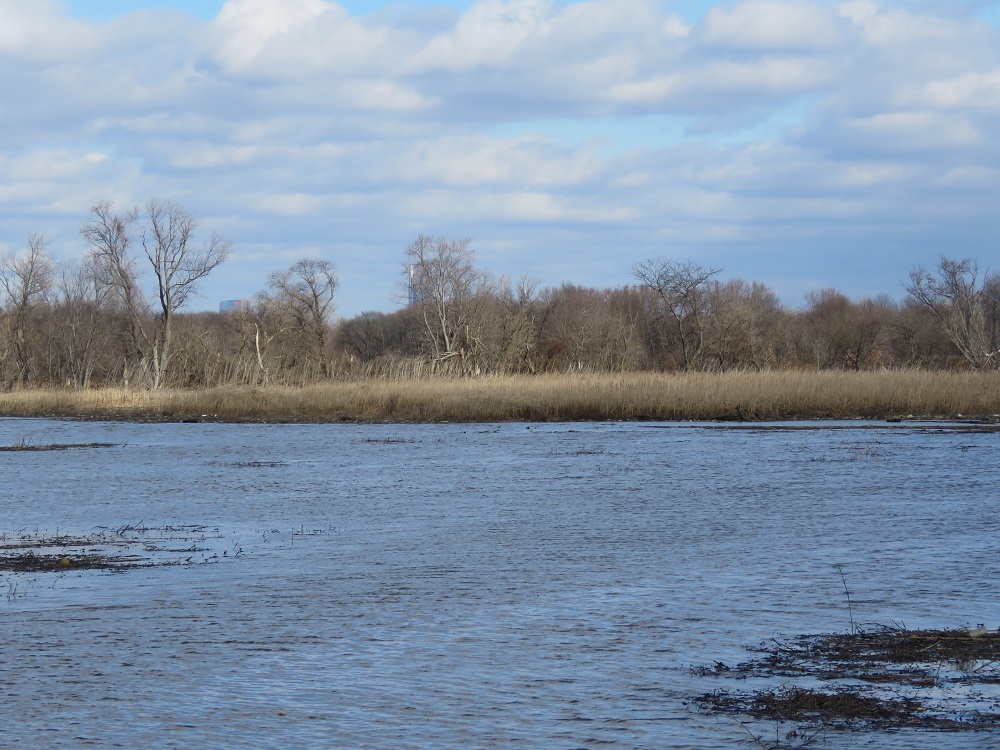 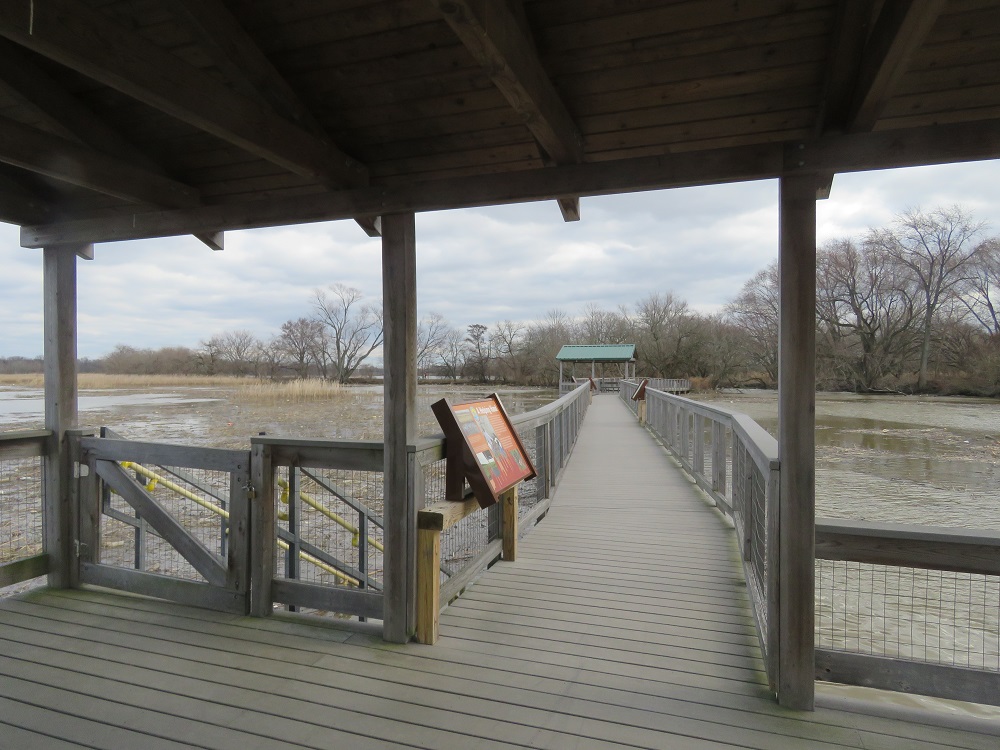 We saw a number of birds in flight during our walk, including two bald eagles that were busy flying in and out of their nest. We also saw this hawk and turkey vulture fly overhead. The hawk was higher and crossed first, followed by the turkey vulture flapping its wings to gain altitude. 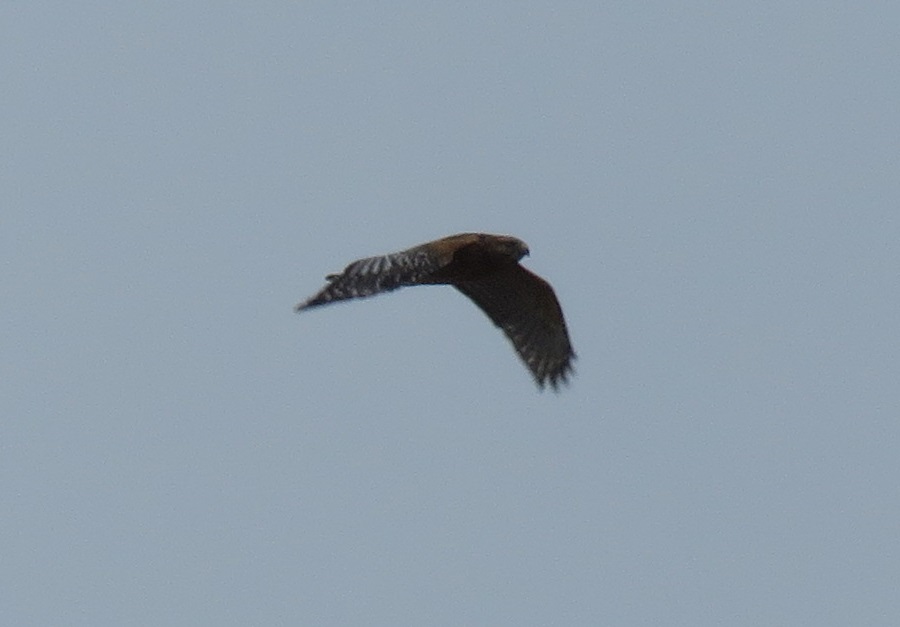 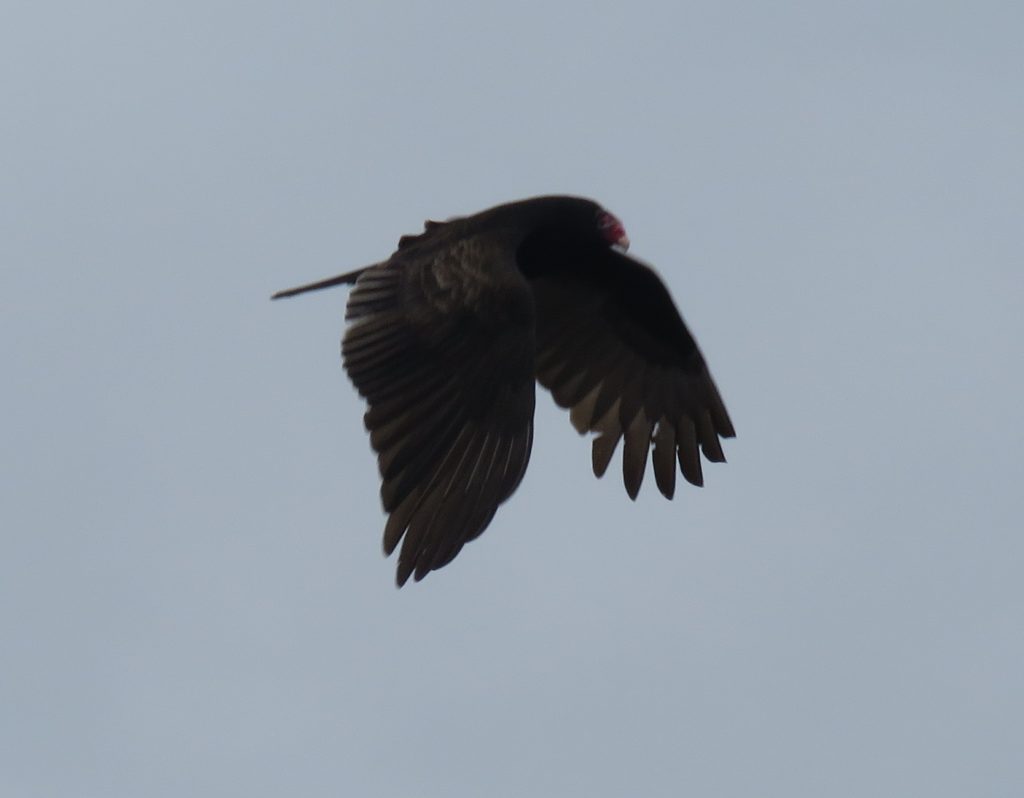 Below was one of the bald eagles sitting in the nest. You would need binoculars, spotting scope or powerful telephoto lens to be able to see it this close up as it is pretty far away from the trails. 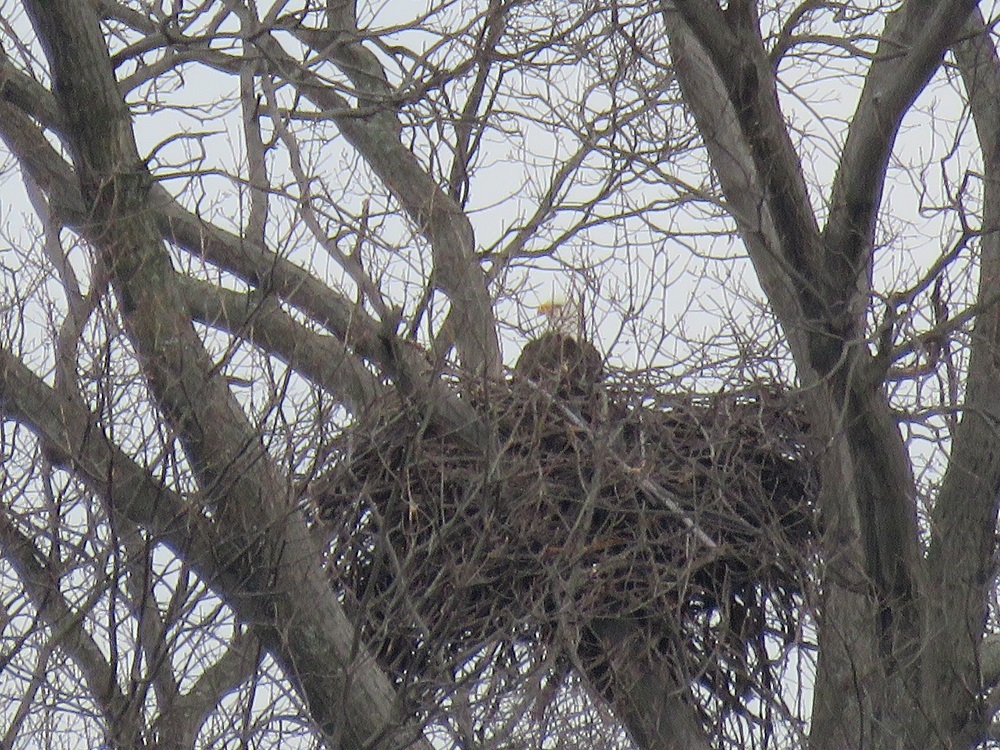 We have seen more eagles in the past month than we have ever seen before, thanks to our trip to Michigan. I also saw another local pair fly into another nest in Philadelphia recently.

We saw countless Canadian geese and mallard ducks on the walk around the water. We also saw two separate pairs of mute swans early in our walk and what I believe were American black ducks. 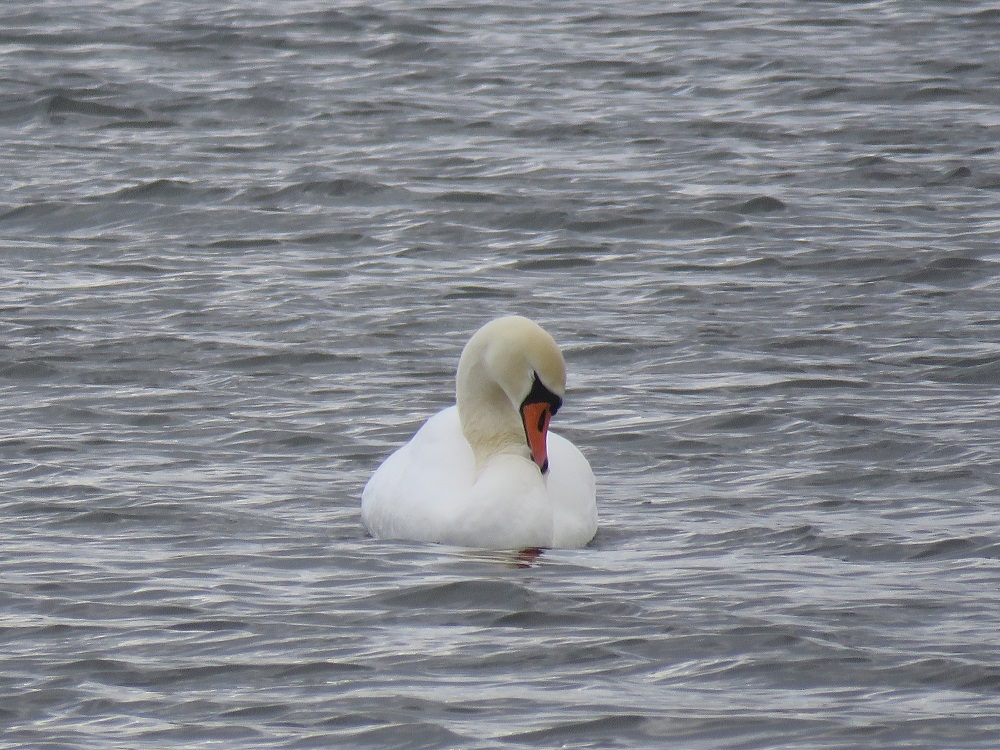 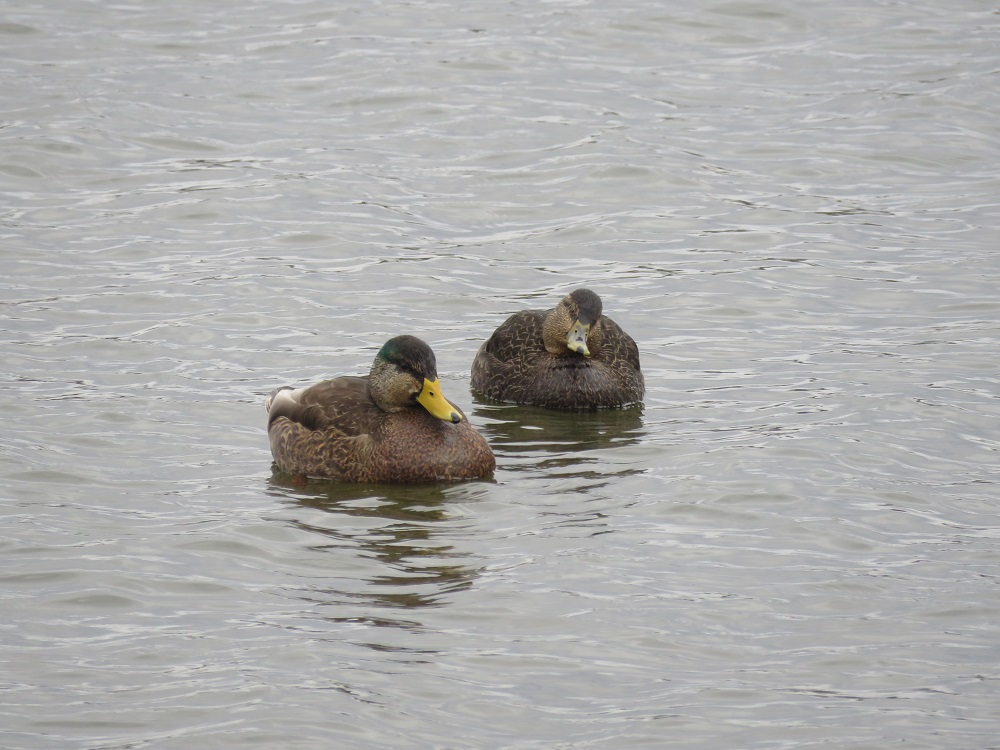 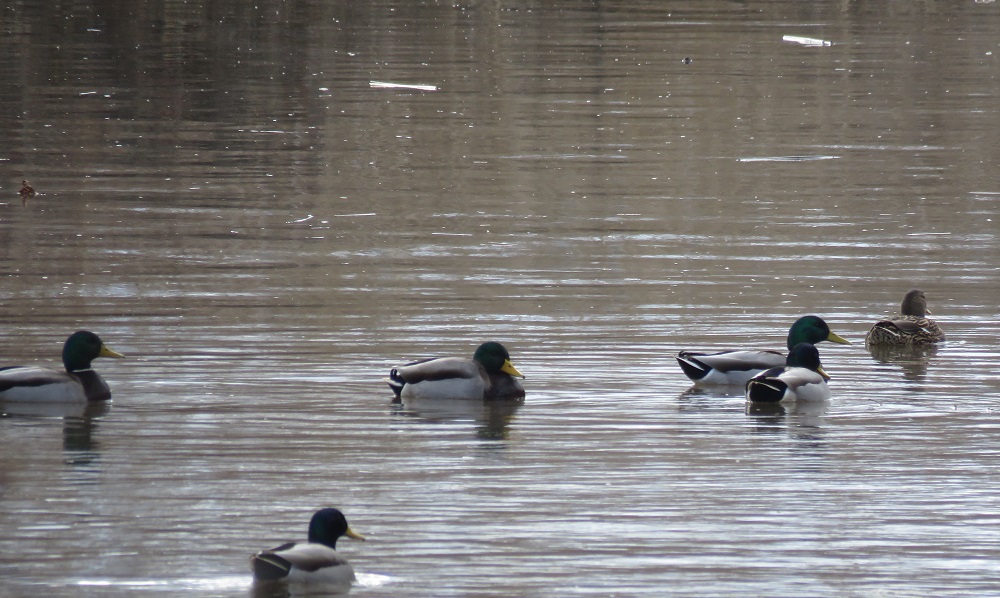 We watched this great blue heron hunt for a bit. It was basically right off the trail in the water hiding behind some cover. It was very intently searching for fish in the water. We saw another great blue heron flying toward the end of the walk, but there were branches between us and the bird that impeded photography of its flight. 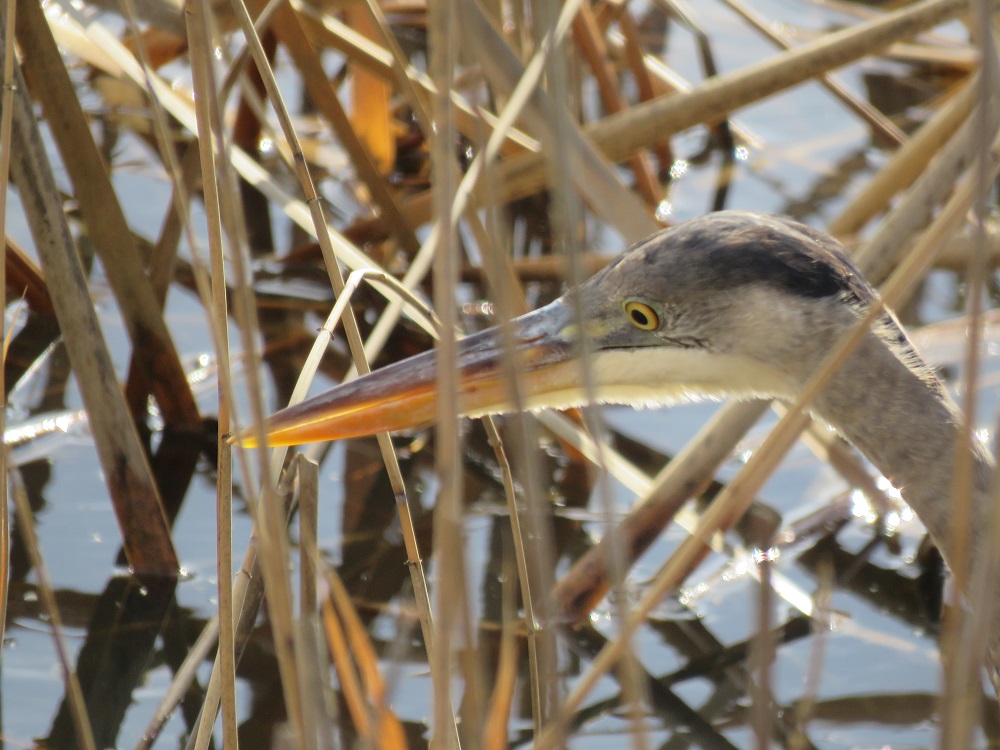 The killdeer was at the end of one of the boardwalks in the marsh. There were mostly gulls around, but Jayne got this photo before the wind picked up and the birds quieted down. 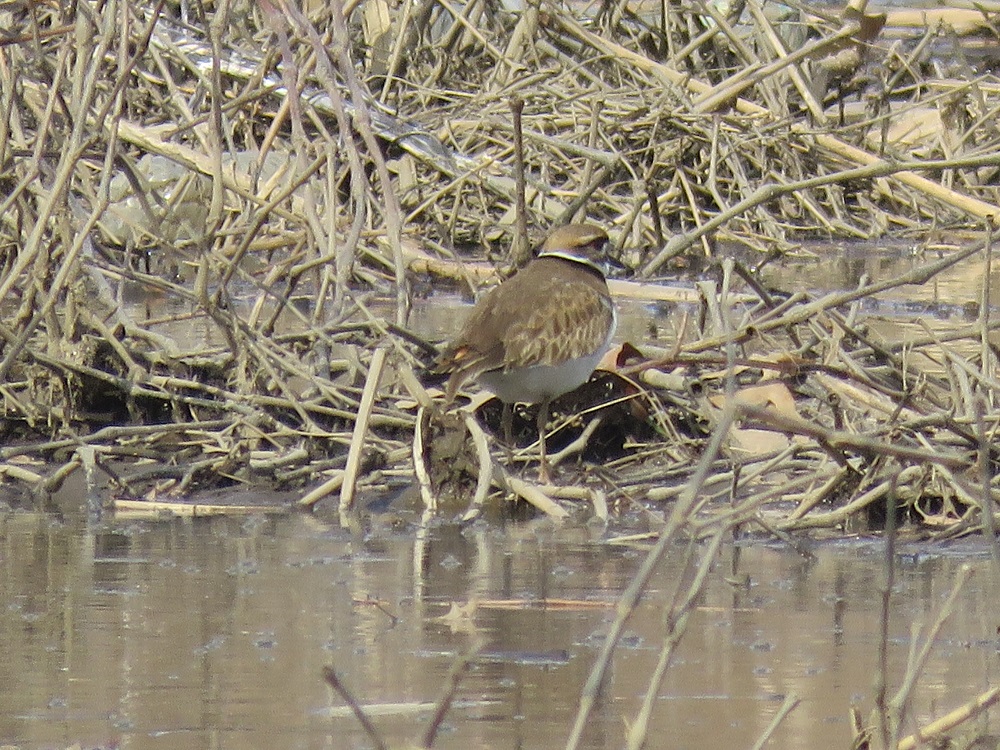 We spied a woodpecker in the trees just off the trail. It was more active than most woodpeckers that we see, busily flying between trees and hopping around searching for food. It looks like a female downy woodpecker. 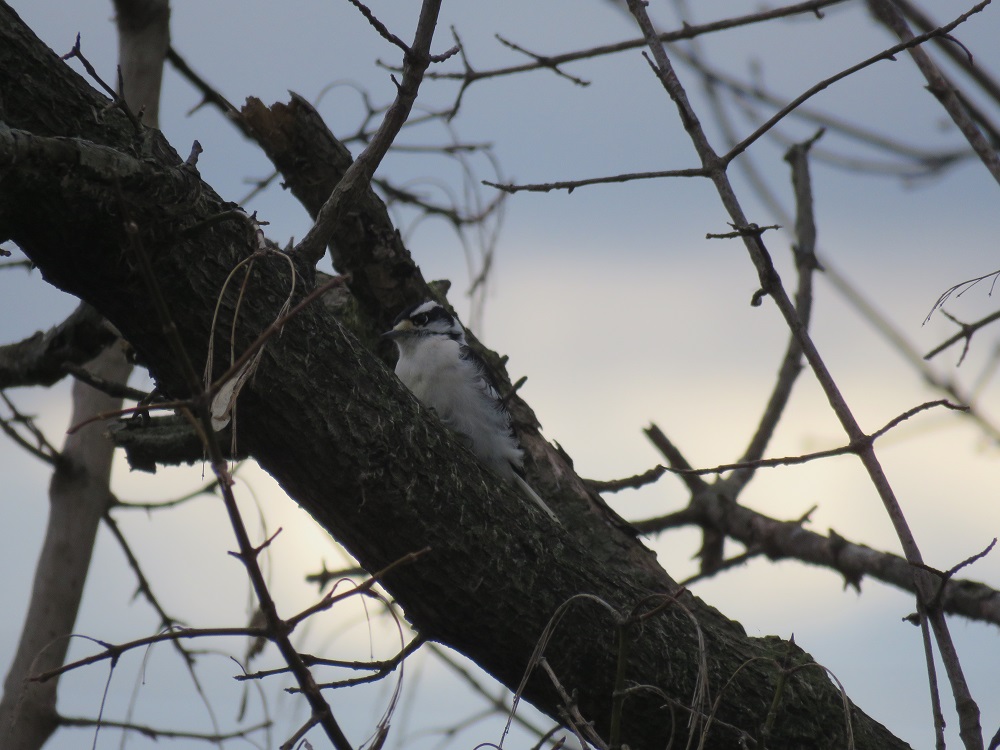 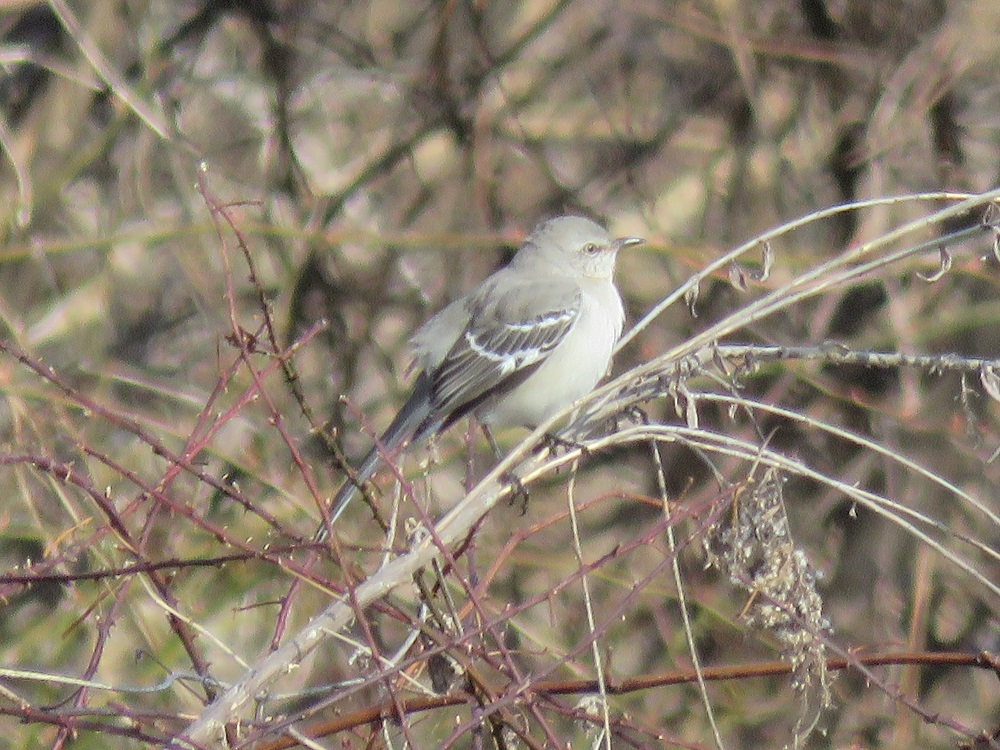 I saved my favorite picture for last. I thought it was going to be one from the photos right at the end of the walk, when we were on the boardwalk with a few other birders trying to get a good photo of a swamp sparrow and a marsh wren, but never managed to catch a clean picture. Our best picture was of this song sparrow shortly after we started walking on the trails in the morning. I love the look of the reflecting water as it sits on the log. 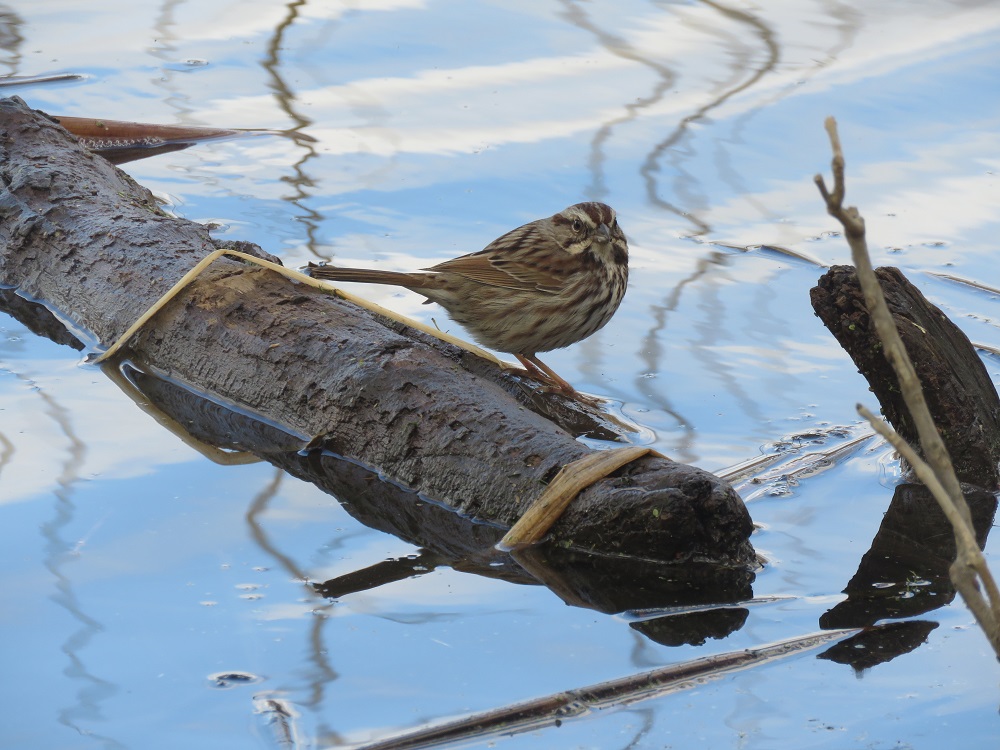 Our birding trip took a bit more time than I expected, but we had a lot of fun at John Heinz NWR and as you can see, we saw a number of birds in the park. We did miss some waterfowl that people saw earlier in the morning, including a bufflehead, but we will just have to go back another time.