Frijole Ranch Cultural Museum is a public museum that is listed on the National Register of Historic Sites. The museum is generally open from 8 AM to 4:30 PM and is staffed by volunteers. Frijole Ranch is located off U.S. Highway 62 not far from Pine Springs – 1.5 miles northeast of the Visitor Center. In the past, the area has also been known as the Guadalupe Ranch, Spring Hill Ranch, and Rader-Smith Ranch. 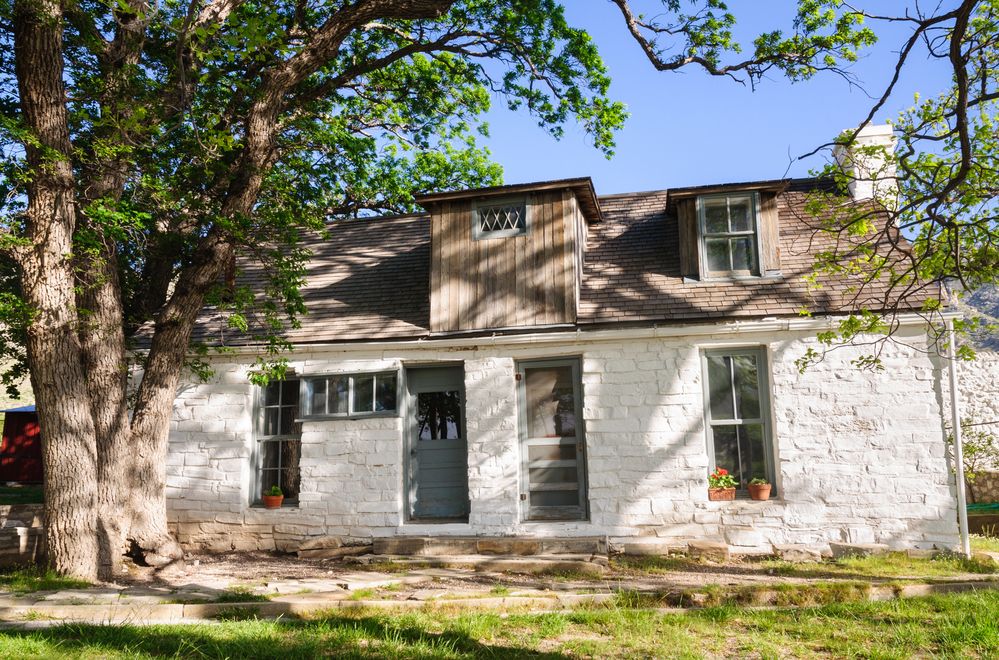 The Rader brothers built the first substantial, permanent structure here in 1876, forty feet from Frijole Spring. However, it was a popular place to settle for many centuries before that because of the proximity of the many springs in the area within a 2 mile radius. Nearby artifacts and petroglyphs provide substantial evidence of early Native American occupation.

J.C. Hunter purchased the ranch and land in 1942 from the Smith family, who lived there for 36 years. J.C. Hunter, Jr inherited the Frijole Ranch in 1945 from his father. By 1965, Hunter had acquired 67,312 acres. He sold the land to the National Park Service in 1966. It fulfilled a dream of his father, who started the first attempts to make the area a national park in 1925.

The Frijole Ranch House was substantially expanded in the 1920s. There was also a red schoolhouse added for up to eight children. As the only major building complex in the area for decades, the area served as the post office and community center. The present barn was built in 1950.

Park Rangers used the house first as a residence and later as an operations office. In 1992, it was renovated and opened to the public as a history museum.

The area also serves as the trailhead for the Smith Spring Trail and a short, .2 mile paved trail to Manzanita Spring. The area is considered an excellent location for birding and wildlife due to the access to water in the area.