The Pinery Station Ruins is the only remaining stagecoach station ruin on the 2,800 mile Butterfield Overland Mail Route which is close to a major thoroughfare. US 62/180 follows the old mail and stagecoach route through Guadalupe Pass. 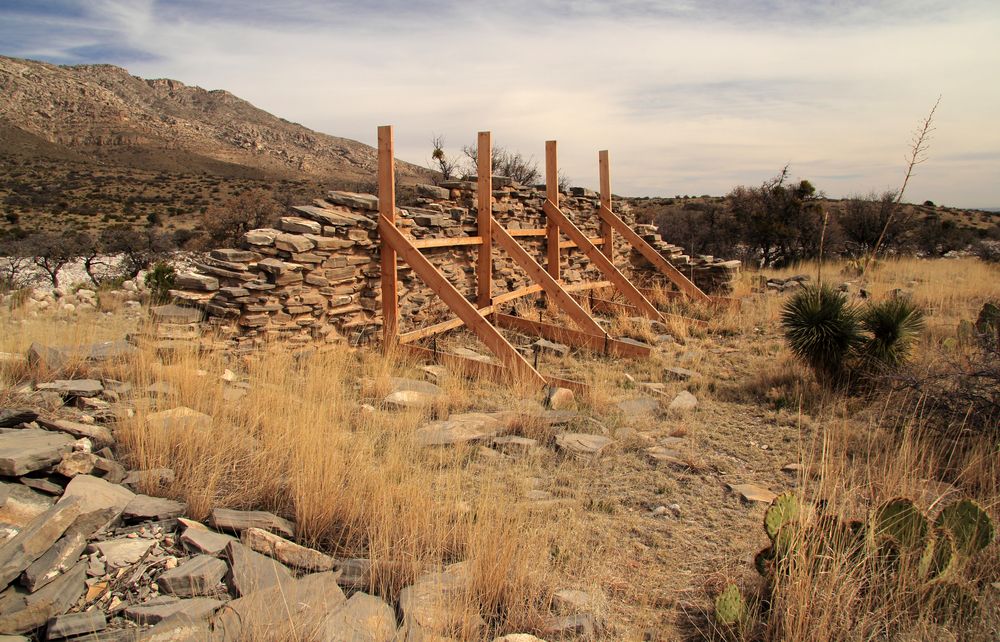 The Butterfield Overland Mail Co. transported mail for the U.S. Post Office under contract between 1858 and 1861.It transported mail between St. Louis and Memphis on the east coast through El Paso, Tucson, Los Angeles, Bakersfield, Fresno and San Jose. The location had been a camp for military expeditions since 1849.

Pinery Station was built in 1858 and abandoned in 1859. A southern route with better access to water that avoided the Pinery Station was used beginning on August 1, 1859. The new route also severed the forts along the southern military road to El Paso. Nine other stations on the Guadalupe route were also abandoned when the route changed.

Pinery Station was originally a corral and tents when the route started. A few months later, it would have a walled rock enclosure with a wagon repair shop and black smith shop. Three mud roofed rooms were attached to the walls. The walls were 30 inches thick to offer protection against Apache raids. It was placed on the National Register of Historic Places in 1974.

There is a small lot along US 62/180 as well as a short .75 mile trail (The Pinery Trail) from the Pine Springs Visitor Center.