Agate Bridge is a 110 foot petrified tree over a small forty foot wide gully in Petrified Forest National Park. It has historically been one of the most popular sections of the park and is perhaps the most famous individual example of petrified wood in the park. 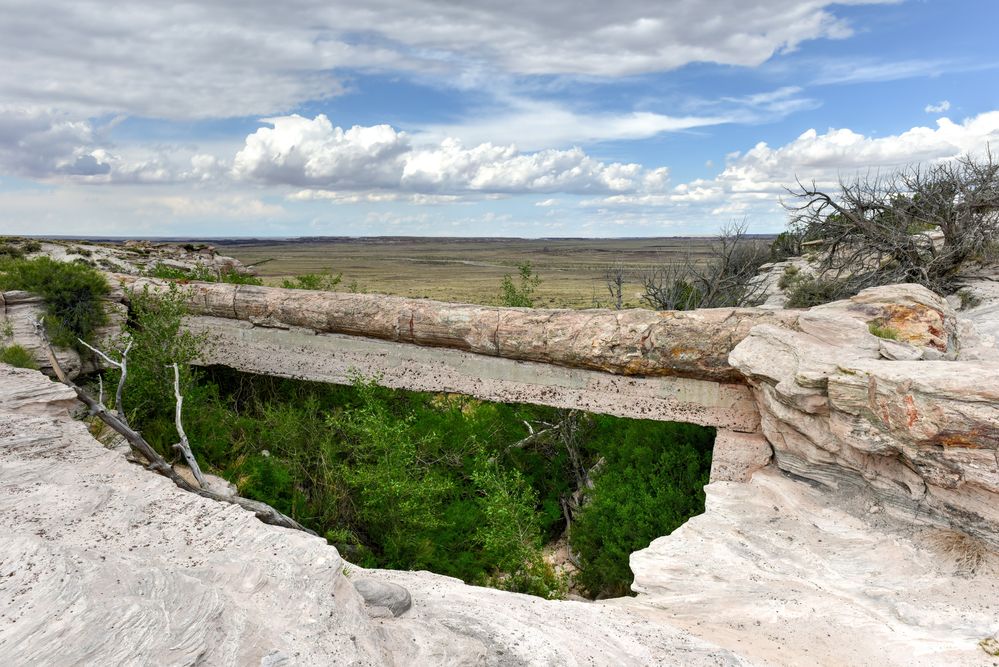 Agate Bridge is located about ten miles from the southern entrance to the park. There is a small parking area for cars. The bridge can be seen from the sidewalk near the parking lot and contact station, but there is also a 125 foot path for those who wish to get closer.

The tree has been there more than 200 million years. After it was petrified, water exposed the log and then continued to form the small gully under it.

Agate Bridge was declared a national monument in 1906. Around 1911, masonry pillars were installed to attempt to protect it. In 1917, a concrete span was built to attempt to preserve it. However, it is expected to collapse at some point even with its present reinforcement. The National Park Service does not plan to do additional work to avoid its collapse at present. The current philosophy throughout the park system is that natural forces should be allowed to continue in the parks.