Congaree National Park has one of the largest concentrations of champion trees in the United States. At one time it boasted the tallest known specimen of around 15 species, including a 167 foot loblolly pine.

The numbers are in constant fluctuation, as trees fall to age and storm damage, and others are discovered. But Congaree has maintained a steady presence on the champion tree list as other trees take their place. In 2009, it had six national champion trees and 19 state champion trees.

The Champion Tree Program was created in 1940 by nonprofit American Forests to recognize the largest known tree of each species in the continental United States. A formula is used to calculate a point score based on trunk circumference, height, and crown spread. The largest National Champion Tree is the General Sherman sequoia in Sequoia National Park. But Congaree has earned the nickname of “Redwoods of the East”.

Why does Congaree produce champion trees? It has a long and warm growing season, with plenty of moisture and nutrients provided by flooding from the Congaree River. The forest is also of sufficient age and size to produce champions. It contains more than 11,000 acres of old-growth forest which has been relatively undisturbed over the past hundred years.

Congaree did suffer some logging over the years but avoided greater damage thanks to the difficulty of logging in the swamp in the early 1900s and the efforts of conservationists to protect it when plans for logging were restarted in the 1960s. The land was bought by Francis Beidler in the 1890s and early 1900s at a time when the regional economy was depressed and the land was cheap. But Beidler’s Santee River Cypress Lumber Company found logging there difficult and unprofitable. When they stopped logging, the land was allowed to sit until such a time as the 10,000 acres were basically the only remaining old growth hardwood forest in the Southeast.

The number of champion trees in the park can fluctuate significantly. Champion trees are normally at the end of their normal lifespan and subject to storm damage since they are usually the largest in the forest. Surveys of the area also do not generally review all trees, so there are potentially undiscovered champion trees amidst the forest still. Congaree may have even more champion trees than are listed!

The search for champion trees in Congaree takes volunteers deep into the forest. However, it is not necessary for those that simply want to view some big trees. The average canopy height in Congaree is over 100 feet tall, making it one of the tallest temperate deciduous forests in the world.

The self-guided boardwalk trail loop will provide you with the opportunity to see the Richland County Pine, a Loblolly pine near Weston Lake that is over 150 feet tall. It is a former state champion of South Carolina. The photograph that we took of it is below: 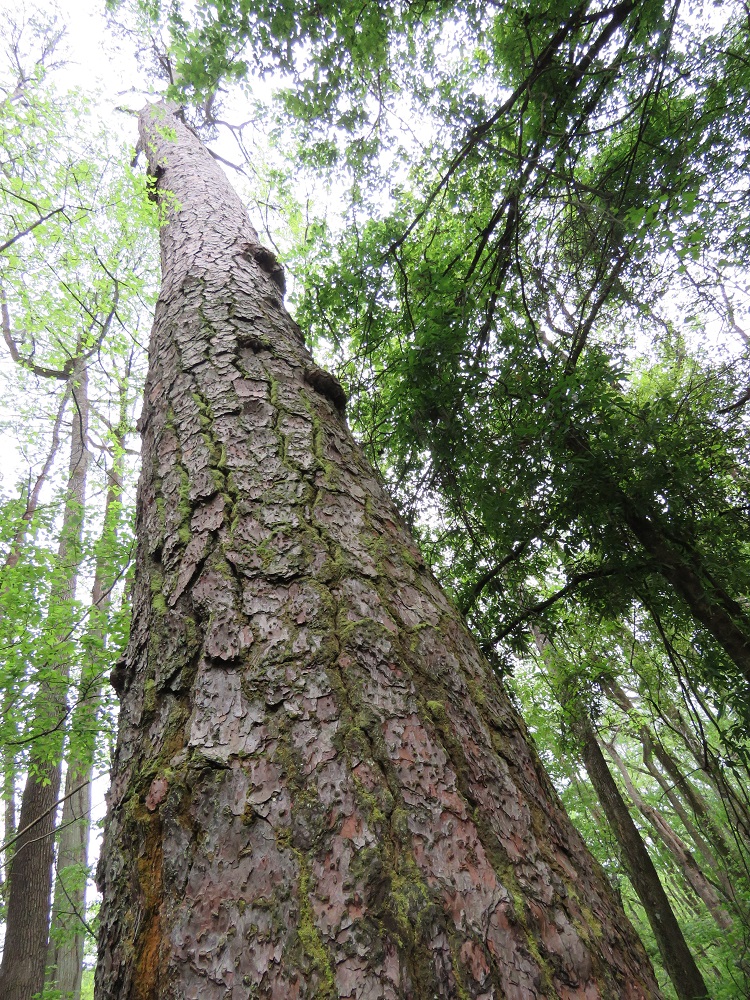