Congaree is also known for its fireflies. Fireflies are identified through their bioluminescent displays rather than physical characteristics. Because the flashing of various species can create confusion, a few species of fireflies engage in synchronized flashes during mating season in order to identify their species from other types of nearby fireflies. In Congaree, the photinus carolinus puts on the display for two weeks in late May to early June. During this display, male fireflies of the appropriate species flash synchronously for several cycles and then pause for several cycles. Due to the large numbers of fireflies in the area, the group appears to be continuously flashing in a concurrent rhythmic group as individual fireflies join in and drop out of the display. Female fireflies join in with their own species specific flash pattern which communicates sex and species to the male fireflies. Flashing typically begins just after sunset and runs for about an hour. Synchronous fireflies were first discovered in Southeast Asia in the 1500s but Congaree National Park has one of three types that are found in North America.

To see the display, park at the Congaree Visitor Center around sunset. Although the center is closed, the park is open. Take a flashlight (with red cellophane covering) and bug repellant with you on the walk down the boardwalk. If you are there during the right time of the year, you will soon see the display taking place during the early darkness of night. They are usually most visible on the hilly spot outside the back of the visitor’s center around 9 PM. As you get closer to swampy areas with standing water, the fireflies usually diminish in numbers.

Updates: The dates for the Congaree National Park Fireflies Festival this year are May 10 through May 27, 2019. The precise date when the fireflies will be active is not known but they are usually active for a 2-3 week period between mid-May and mid-June. During the festival, the Harry Hampton Visitor Center will be open until 10 PM nightly and there will be a designated one-way trail leading to prime viewing areas. Certain activities normally allowed will be prohibited during that time period. For example, due to the large number of people, the park asks you to apply inspect spray prior to arriving at Congaree. 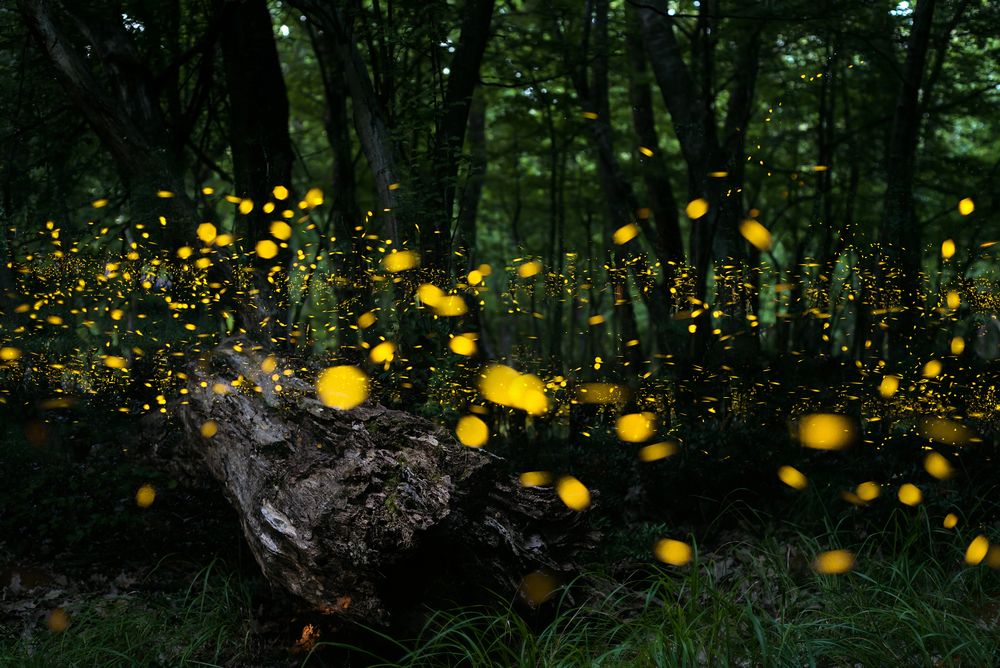