The Highway 601 Bates Bridge Landing is the traditional exit for the Congaree River Blue Trail and backcountry canoe or kayak trips through Congaree National Park.

The landing is below the Highway 601 John M. Bates Bridge and is accessed from the road by a turnoff just north of the bridge on the west side of the road. The parking area is in the flood plain and can flood.

The bridge was named for John M. Bates, a South Carolina resident who in the early 1900s helped locate several highways. He managed Bates Ferry over the Congaree River near this location from 1910 to 1922 and supervised construction of a toll bridge here that was completed in 1923. The bridge was named in his honor in 1979.

The Bates Bridge Landing is at river mile 51 on the Blue Trail. The next take out is approximately 15 miles downstream at Low Falls Landing near the start of Lake Marion.

On our trip to Congaree National Park from the Charleston airport, this was our first stop. We spend the week debating back and forth whether the river would be low enough for us to camp on the sandbars on the way from Columbia to the take out here.

Since we were coming from the south side of the bridge, it was easy to find the right place. The parking lot was surprisingly large and contained a number of trucks with trailers parked there.

The river was pretty wide here and was brown from the rain over the past week. The water was near the level of the flood stage and the rear wheels of the trailers parked nearest the river were partially under water. The pier was still useable – there was a man fishing at the end of it when we were there. However, it was clear that there would be no canoe trip down the river for us.

Cliff swallows were nesting under the bridge. The nests are made of mud and typically are made on vertical walls such as cliffs or highway bridges. The birds were active flying in and out of the nests in April when we were there. They feed on insects over the river. 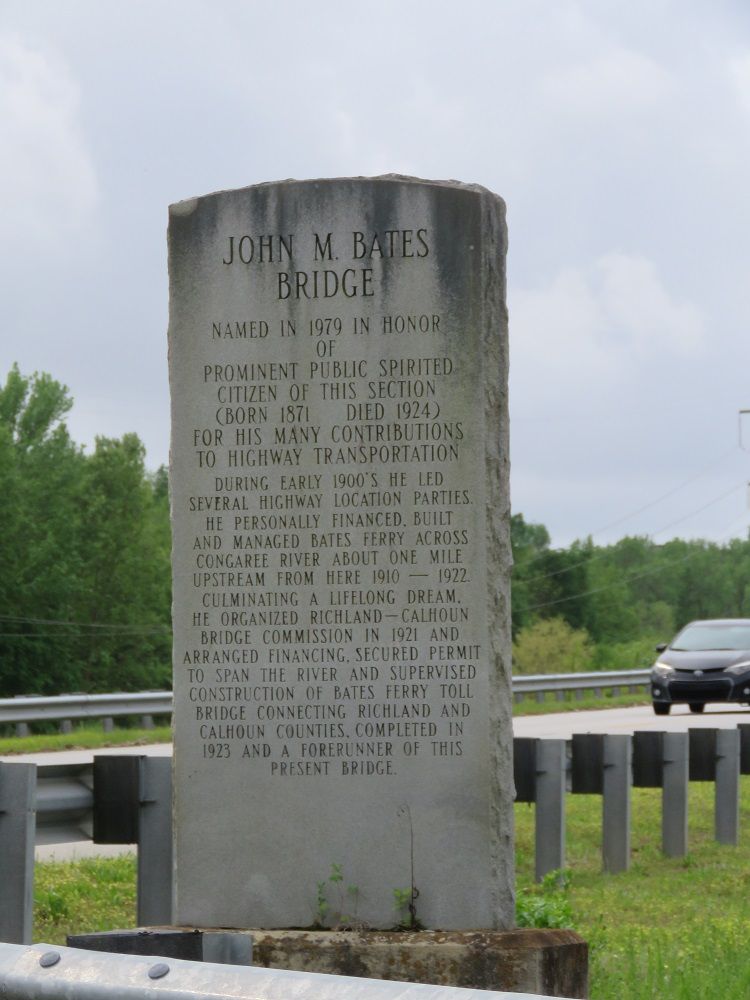 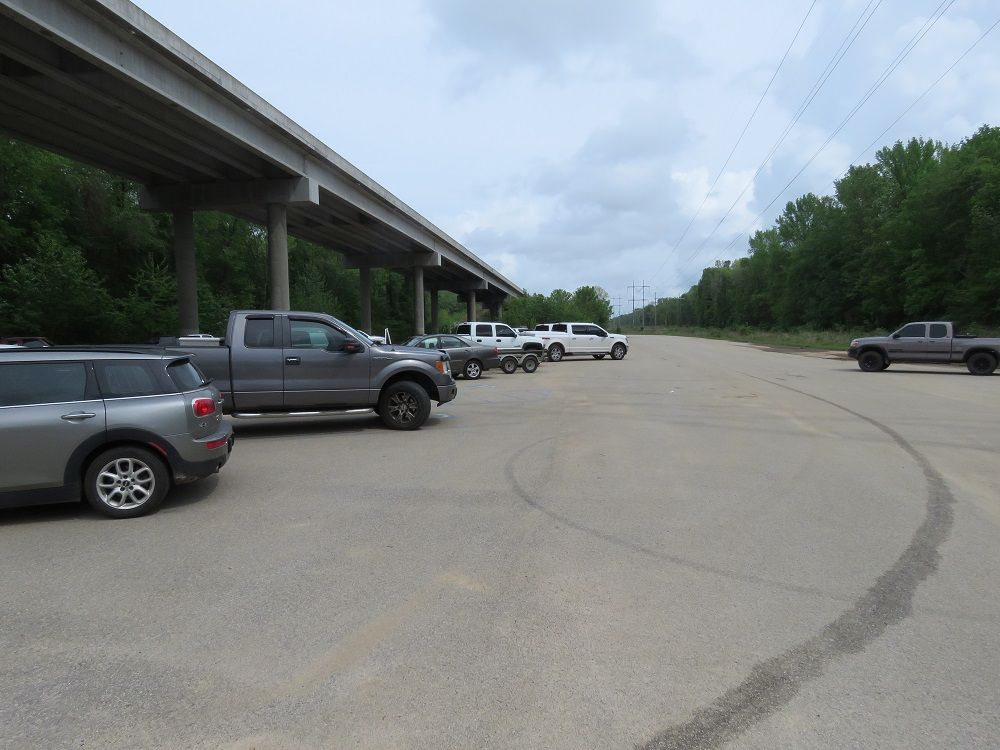 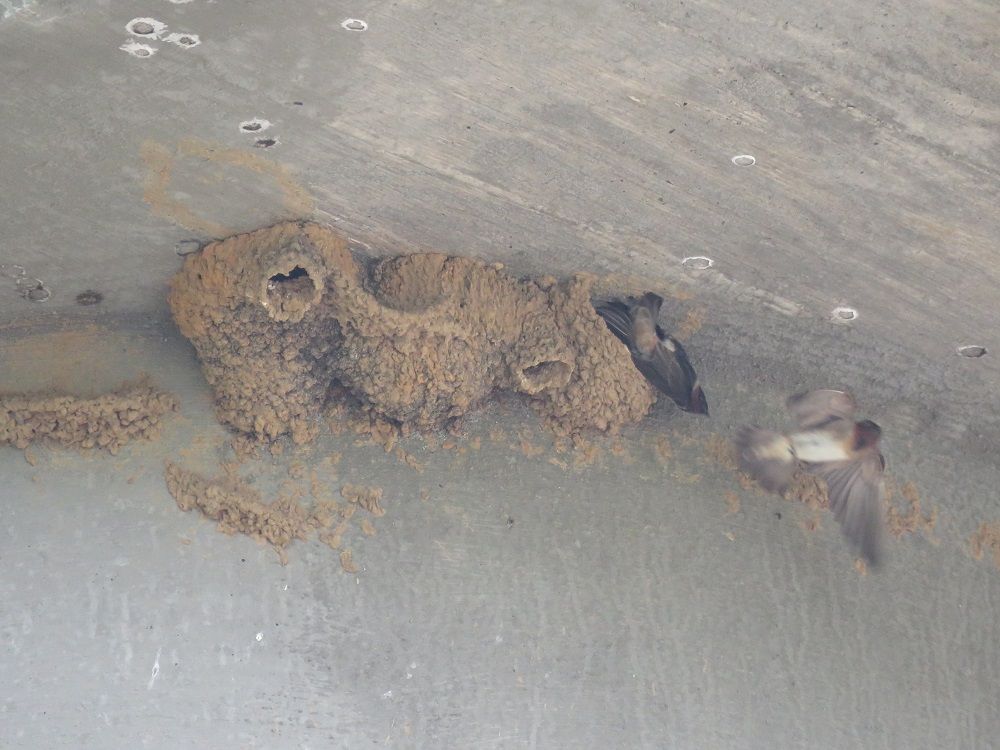 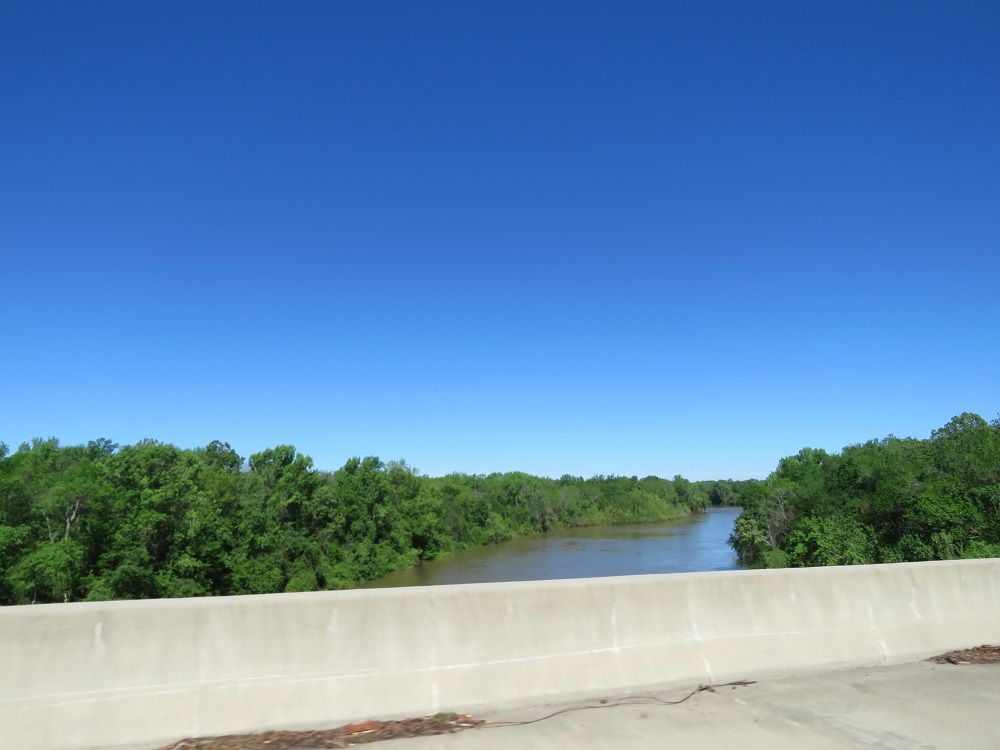 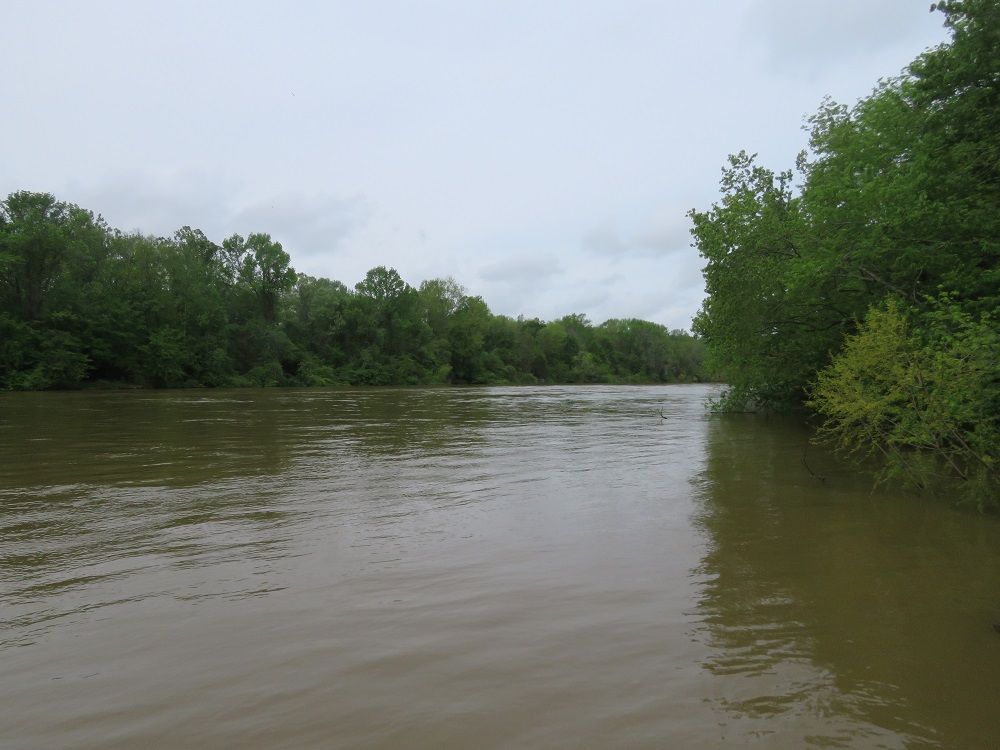 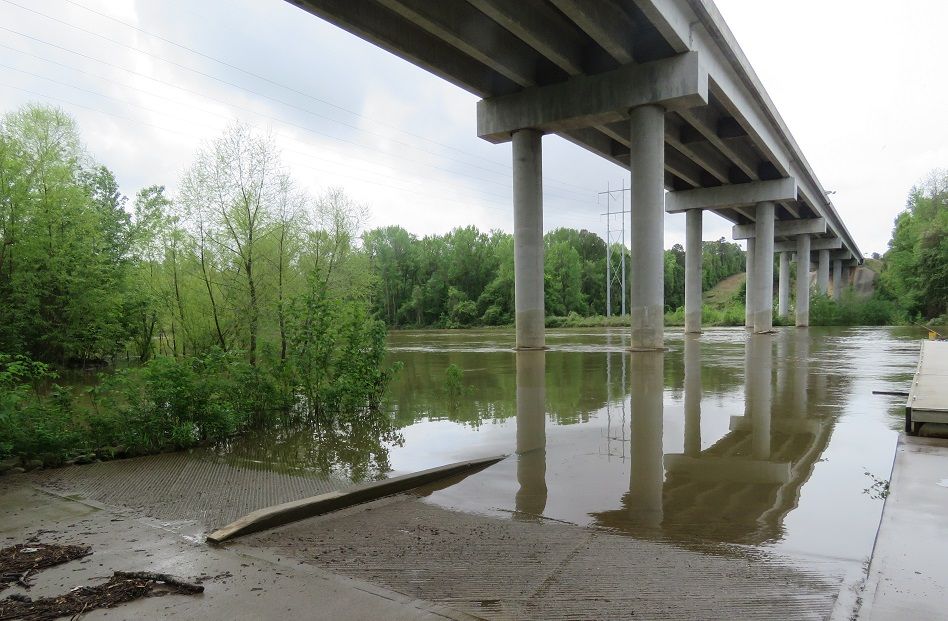 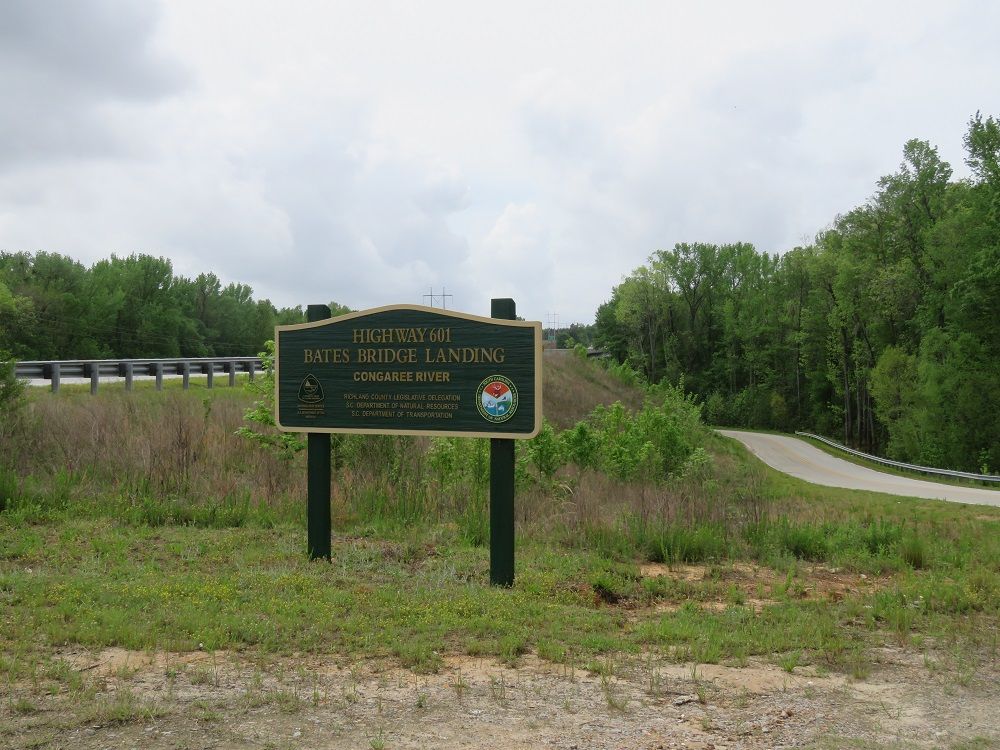